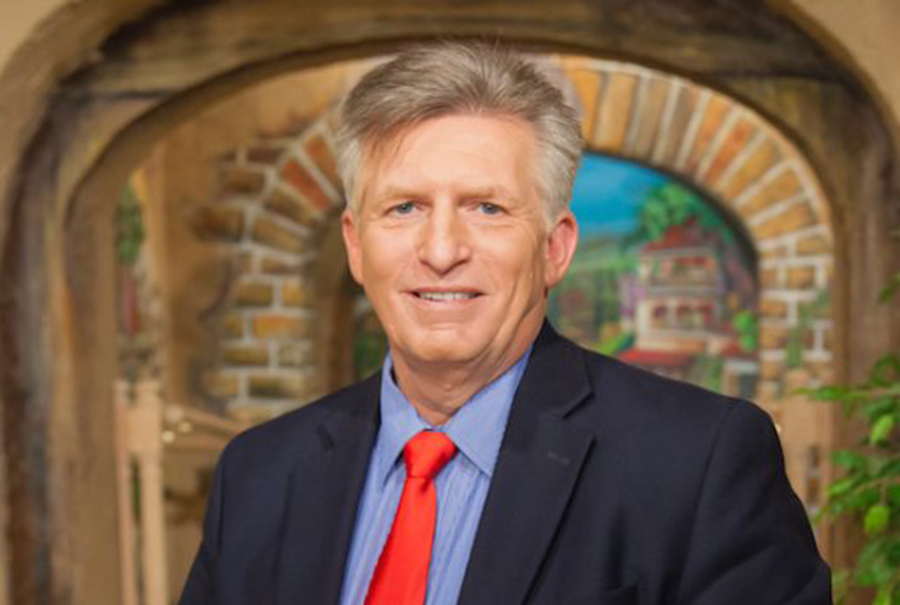 Here’s a partial list of things LGBTQ people have been blamed for:

And now we can add the horrific mass shooting in Las Vegas to the list because — wouldn’t you know it? — the gays were behind it all with their shadow-government Nazi death squads (coming soon to a town near you!).

If this sounds like a claim only a crazy person who shouldn’t be taken seriously or given any kind of platform to spout such nonsense would make, you are right! But this is America, and that means Rick Wiles does indeed have an audience for his so-called “Trunews” project. (Spoiler alert: Trunews is neither true, nor news.) Wiles calls himself “a citizen reporter who decided to take on the Big News Media.” In reality, he’s a nut with a website who thinks Jesus talks to him through his fillings or something.

Anywho, Wiles is convinced that homosexual death squads are responsible for the massacre in Las Vegas on Oct. 1 and that the leader of said Nazi death squads is … Ellen DeGeneres?

Why, yes. See, Jesus Campos, a Mandalay Bay security guard who was shot by the gunman in Vegas, appeared on “The Ellen Show” — which Wiles says is proof of a “gay/lesbian Nazi regime.”

“America has become a Nazi state. The deep state is a Nazi state,” Wiles said on his show. “That is why Campos appeared on a daytime talk show hosted by a fast-talking, dancing comedienne and — let me add — a lesbian, because this Nazi regime is a gay/lesbian Nazi regime, just like Nazis in Hitler’s day. Hitler was a bisexual, the top Nazi leaders of the Nazi party were homosexuals. The Nazi takeover of Germany was a militant homosexual fascist takeover; that is what is taking place in America today.”

Got all that? Note that Wiles is not the first person to claim that Hitler and the Nazis were homos. After all, if you hate gays so much that you believe nothing could possibly be worse, then “gay Nazis” really helps to bolster your hate.

Also, Wiles’ claim is confusing, given that we have literal Nazis in the highest reaches of government and the public sphere right now. The very president is celebrated by white nationalists. Perhaps to Wiles, the gay/lesbian Nazis are the bad ones and the Trump-loving ones are the good ones.

Of course, the gay/lesbian Nazis are the pretend ones and the Trump-loving ones are very, very real.

There’s enough real shit to be scared of (men with unlimited access to guns, for example) in this world. People like Wiles are, literally and figuratively, making it worse.