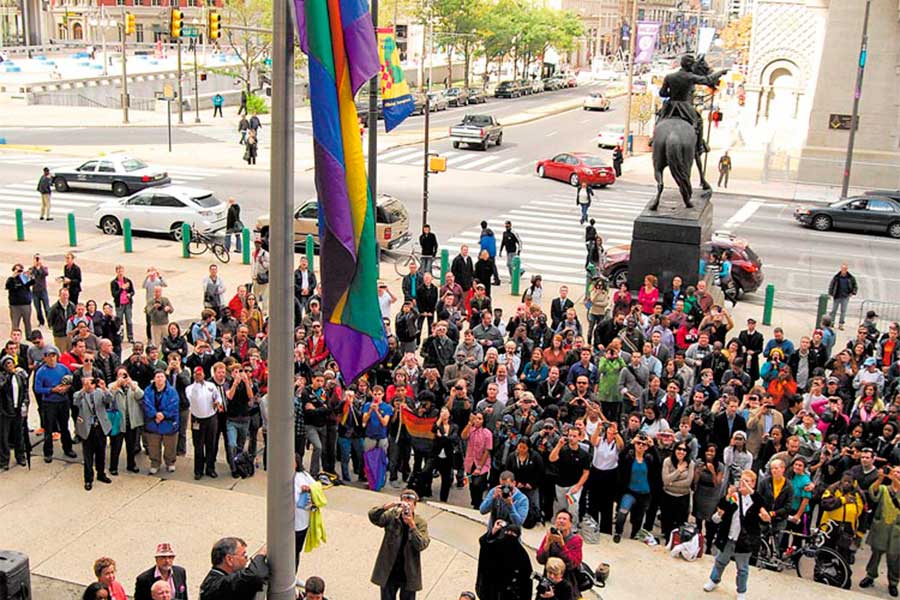 January 2001: Michael Hinson is appointed by Mayor John Street as the first Mayor’s Liaison to the LGBT Communities. He serves until February 2008.

April 2008: Gloria Casarez, then the executive director of GALAEI, is announced as Mayor Michael Nutter’s pick for LGBT liaison. It would be first time the position is situated directly in the Mayor’s Office.

September 2008: Nutter issues an executive order establishing the Office of LGBT Affairs, to be helmed by Casarez.

October 2014: Casarez passes away of complications of cancer.

December 2014: Nutter appoints Nellie Fitzpatrick, then an assistant district attorney and the District Attorney’s LGBT liaison, as the next director of the Office of LGBT Affairs.

November 2015: Philadelphia voters approve a ballot initiative to make the Office of LGBT Affairs a permanent unit in city government.

December 2015: Mayor-Elect Jim Kenney announces Fitzpatrick will stay on as director of the Office of LGBT Affairs.

February 2017: Kenney’s office confirms Fitzpatrick’s departure and that Amber Hikes will be the new director of the Office of LGBT Affairs.