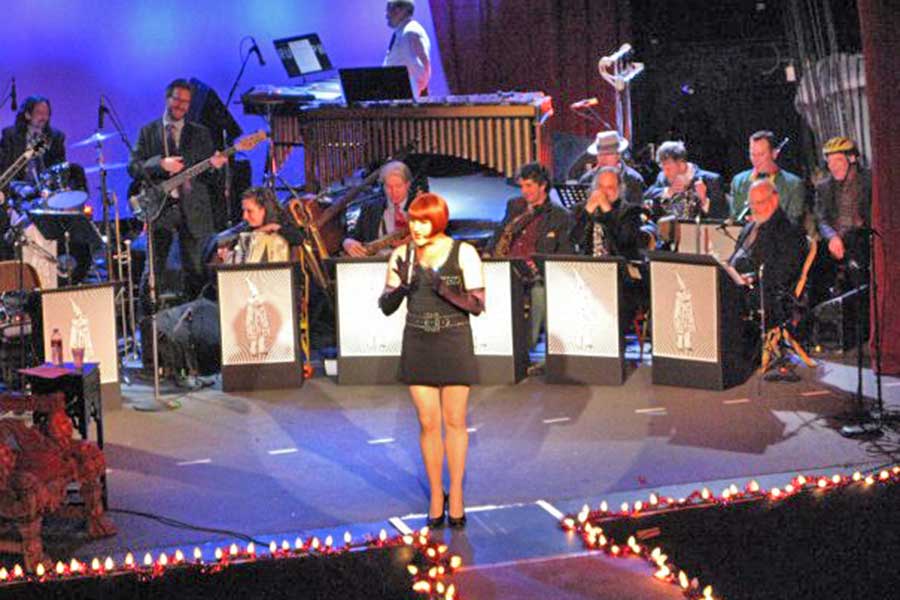 It’s been seven years since the last Big Mess Cabaret. The fact that the band is getting together for one more show is almost as much a surprise to them as it is to their audience, according to the group’s artistic director, Andy Bresnan.

For those not in the know, Big Mess was/is a group of flamboyant actors, comedians, singers and musicians who would put on an irregular series of shows and cabarets. Their motif was one of outrageousness — in comedy, in music and especially in costumes. There was nothing else quite like them in Philadelphia, and when they stopped performing, a significant chunk of frisson in Philly’s nightlife was lost.

“We were just all getting older,” said Bresnan about why Big Mess stopped performing seven years ago. “I personally just didn’t have the energy or the resources to keep going. These days I’m a stay-at-home dad, and I don’t have the time, time to be away from the kids.

“The things about doing shows then,” he continued, “was that it was as much about fostering a sense of party as about anything. It was like recreating the atmosphere of the parties I liked in college.”

The time came to simply move on, he said.

However, Bresnan and the other members of Big Mess stayed in touch. They still shared that sense of outrageousness.

“Different things happen to your brain when you sing together, or work together as we did.”

Somehow, the spark to do one more show flared up among the group members. As the work progressed, Bresnan quickly remembered how strenuous, time-consuming and stressful putting on a show can be — but he also was reminded of the positive aspects.

“It’s a community thing,” he said. “They get that social element from working together, creating together. People enjoy that. It’s almost like a family feeling.”

It looks like the upcoming show may be one of the largest-scale events they’ve ever done, which is rather appropriate for a production that could well be both a comeback and a swan song. In addition to the original Big Mess Orchestra (for which Bresnan also plays the tuba), a group called The Divine Hand Ensemble — a string quintet with an added electronic enhancement — will play with them, as well as the Philadelphia Ukelele Orchestra. The entire musical mob is being billed as “Henry Mancini’s Orgasmatron.”

Other Big Mess veterans returning for the occasion are Greg Giovanni, who adds his outrageous sense of vaudeville to the mix, and the well-known and ever-popular Carlotta Ttendant.

The show is called Cabaret “Wir Werden die Katze Auflassen” and is intended to be Big Mess’ version of a Christmas show.

“It has our own sensibility, of course, but within that it’s kind of a genuine Christmas show,” Bresnan explained. “I mean, Christmas seems like such a bittersweet time. Here we are, celebrating the birth of this little innocent baby that comes along full of promise — and we kill him.”

Bresnan noted the cabaret could be the finale of Big Mess.

But he’s not closing the door to the future, either. After all, seven years ago the members never intended this show to happen — and here it is.

Big Mess’ Cabaret “Wir Werden due Katze Auflassen” plays Dec. 16 and 17 at the Trocadero, 10th and Arch Streets. Doors open at 8 p.m., and the show starts at 9. Tickets are $20 ($25 day of show). For more information or tickets, visit www.thetroc.com.