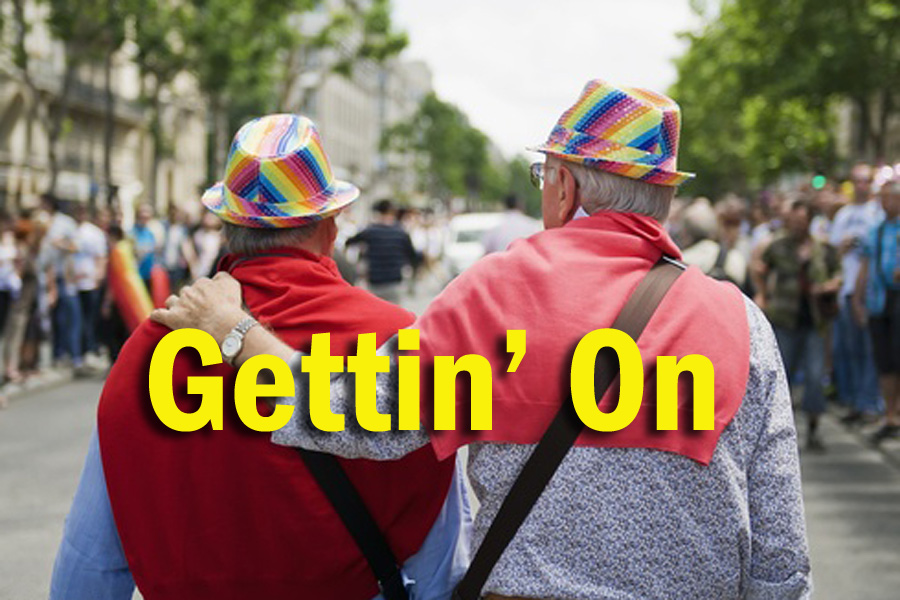 Whenever I tell someone that older adults are one of the fastest-growing age groups living with a diagnosis of HIV or AIDS, I am met with a look of confusion or shock. I know it is tough to envision Grandma, or even Ma, finding partners and engaging in sexual behaviors, but guess what, folks: Our elders are still sexually active and are still susceptible to sexually transmitted infections! The AIDS Community Research Institute of America reports that 69 percent of LGBT older adults were sexually active within the last year.

It is clear nationwide that poverty is a driver of HIV infection; Action Wellness (formerly Action AIDS) reports that over half of their Philadelphia clients over 50 who were diagnosed between 2013-15 were from economically depressed neighborhoods. The importance of early detection is evident in this population. Unfortunately, due to stigmas around HIV/AIDS and misconceptions about aging, many older adults do not know their status and are not being tested.

In addition to the risk factors faced by younger people, older people who are sexually active face some unique issues:

• Some believe HIV is not an issue for their peer group and may be less likely to protect themselves.

• Elders may be less comfortable about discussing sexual matters with their partners, and may be reluctant to raise the issue of HIV or ask about previous sexual partners.

• Pregnancy is no longer a concern; therefore, some heterosexual couples may be less likely to use a condom and to practice safer sex.

• Older people are sometimes apprehensive about discussing sexual habits or drug use with their doctors. In addition, it has been shown that doctors are less likely to ask their older patients about these issues.

To address some of these issues and provide outreach and education to this population, a Philadelphia HIV and Aging Taskforce was convened for the first time in early 2016. The group includes the LGBT Elder Initiative, Action Wellness, United States Health and Human Services Region III and Philadelphia Corporation for Aging. The Taskforce aims to increase awareness of the needs of older adults living with HIV, promote advocacy and prevention efforts and provide unity among agencies committed to supporting this population.

A goal of the Philadelphia HIV and Aging Taskforce is to empower all older adults to educate themselves and take charge of their sexual health. To that end, the Taskforce will be launching a citywide education campaign and screening opportunities for individuals and professionals.

In recognition of National HIV/AIDS & Aging Awareness Day, which takes place annually Sept. 18, the Taskforce is coordinating a series of events to help service providers, long-term survivors, and all older adults and caregivers affected by HIV/AIDS. These events include:

The Graying of HIV and Working with Older Adults

A training session was facilitated by Terri Clark of Action Wellness earlier this month to help prepare aging services providers to understand the dynamics of aging with HIV and to better serve older adults living with HIV/AIDS.

Aging with HIV: Time to Talk About Sex!

The LGBT Elder Initiative will hold its NHAAD program from 10:30 a.m.-12:30 p.m. Sept. 24 at the Church of St. Luke and the Epiphany, 330 S. 13th St. This free workshop will explore issues related to HIV status disclosure and strategies for older adults to better communicate about HIV and sexual health.

The Taskforce will also host a three-part webinar series this year focusing on the experiences of women aging with HIV/AIDS. Specific topics that will be covered are maintaining wellness while living with HIV/AIDS, the role of faith communities and HIV and transgender health.

Katie Young, MSG, is a planner for policy and program development at Philadelphia Corporation for Aging. In addition, she is an adjunct instructor at two universities and serves on the Leadership Committee of GenPhilly. She received her master’s of science in gerontology from Virginia Commonwealth University. Katie has been working in the aging field since 1999 when she discovered her passion for the population while working in an assisted-living facility as a nursing assistant. Since earning her MSG, Katie has worked in a variety of settings, including higher education, assisted living and community programming.

Addressing HIV and Aging in 2020

Cancer, Coronavirus, and Coping through a Pandemic

Staying engaged during a summer of social distancing