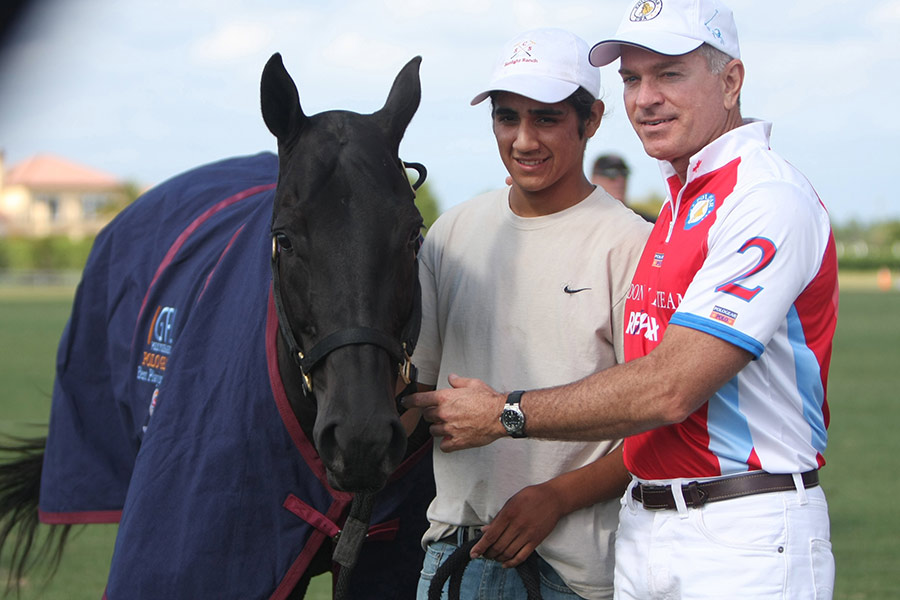 Spring Break, here we come! There are so many great choices for a gay springtime getaway — from Purple Party in Dallas to the White Party in Palm Springs. Key West is always a hot spot and Fort Lauderdale is a perennial favorite. But how about a change of pace with the change of season?

On April 3, event-goers are invited to join GPL players for Sunday Brunch at 1 p.m. at the International Polo Club Palm Beach Mallet Grille.

In the lead-up to Gay Polo Week, The Palm Beaches’ LGBTQI community will celebrate PrideFest in Lake Worth, Fla., March 19-20. Organized annually by Compass, the largest gay and lesbian center in the U.S. Southeast, the two-day event welcomes nearly 25,000 people and celebrates local community pride with live music, a market area with vendors from across The Palm Beaches and a wide selection of food options provided by local restaurants.

Atlantis features non-stop superstar entertainers, including many signature Atlantis performers from the past 25 years. And in true Atlantis tradition, a feature star is announced closer to departure. This all-gay cruise sails from New York May 21 to Port Canaveral, Nassau and the private island of Coco Cay — arriving back to the city on Memorial Day Weekend. Fares start at $999 per person.

Atlantis president Rich Campbell said: “Our guests have been asking us for this incredible ship since she was first announced and we’re thrilled to be the first to charter her. There simply never has been an Atlantis cruise with so much to offer and it’s the perfect way for us to usher in the new generation of all-gay cruises!”

The 2016 festival commemorates the 104th anniversary of the gift of the cherry blossom trees and the enduring friendship between the United States and Japan. The Mandarin Oriental Washington, D.C., Cherry Blossom Views & Cruise is available from March 19-April 17 for a minimum two-night stay, with daily rates starting at $495.

Jeff Guaracino is the author of “Gay and Lesbian Tourism: The Essential Guide for Marketing.”