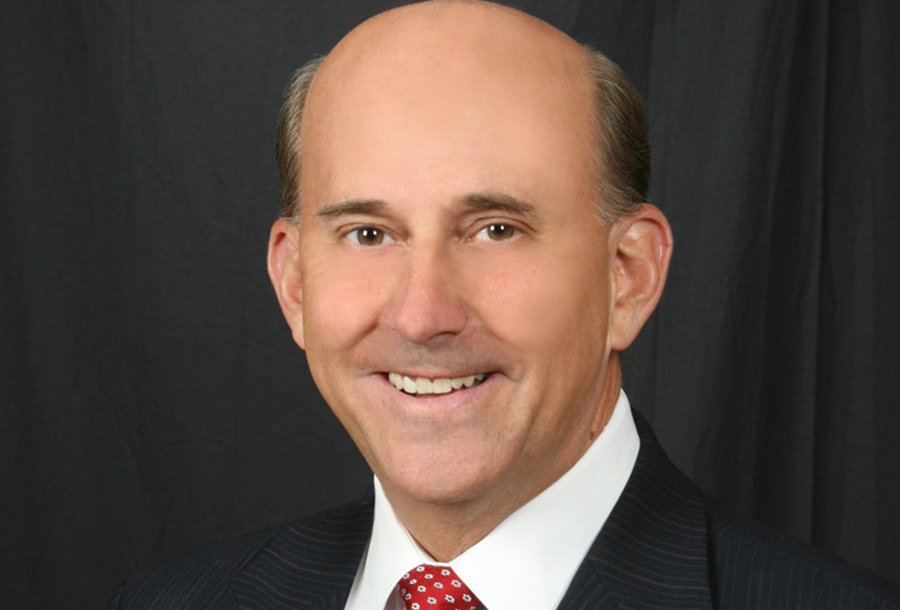 I think Trent Reznor/Nine Inch Nails said it best: “Bow down before the one you serve. You’re going to get what you deserve.”

And if you’re Rep. Louie Gohmert, R-Texas, you’re up in arms about the fact that the Supreme Court ruled that God doesn’t exist anymore — and since they’re the highest court in this land, well, they’re God now.

But what’s a Texas rep supposed to do with all that anger? Well, take to the airwaves before the Supreme Court takes those away, too!

On Jan. 22, as Right Wing Watch reported, Gohmert was interviewed on “The Joyce Kaufman Show,” a Florida radio program hosted by, duh, Kaufman, who calls herself “South Florida’s leading independent voice,” for whatever that’s worth.

She also seems to think of herself as quite the comedian. Her online bio states that she is “Divorced and remairried [sic], just like you …” Apparently the gays have so ruined marriage that heterosexuals can’t even spell it anymore. Then it says, “Heterosexual, probably unlike you.”

Um, OK. I mean, she’s right that I’m not, but I also don’t think I’m her intended audience. Which leads me to believe that “heterosexual, probably unlike you” is supposed to be a joke. Because ha.

While the bulk of the interview is about Benghazi, at one point Kaufman suggests term limits for Supreme Court justices, saying that lifetime appointments prevent “any kind of honesty.”

Let me point out that term limits for Supreme Court justices is a popular idea in some Republican circles right now, especially since the court voted to let the gays get married.

Gohmert is on board with this idea. “Last June was the biggie,” he said, referring to Obergefell vs. Hodges, the case that won marriage equality for all. He then rambles a bit about how, for 40 years the Supreme Court said that people can’t talk about God (not true), and then he goes on about Moses and Jesus and God and their view on marriage according to the Bible and/or a Chick Tract Gohmert got with his Halloween candy.

According to Gohmert, “The Supreme Court said, ‘You know, we told you you couldn’t use God, now here’s the new line: We’re God. We are your God. Forget what God, Moses, Jesus ever said. We are your God now, the five of us in the majority. You do as we tell you.’”

I think it’s only fair in this new reality that Ruth Bader Ginsburg get to be Chief Goddess, am I right?

“And I’m telling you,” Gohmert continued, “that is a Supreme Court that is out of control.”

But wait, what’s Gohmert talking about?

“Two of the justices were illegally participating in that decision because the law’s very clear: If there is even a question that could be raised about your impartiality,” he said, “you must disqualify yourself. We have two of them who had done same-sex marriages before they participated.”

Gomert is referring to Justices Bader Ginsburg and Elena Kagan, who did in fact preside over the weddings of same-sex couples. This doesn’t make them “disqualified,” but it does make them awesome.

I should point out that Justice Antonin Scalia has been very outspoken against LGBT rights, yet I don’t see Gohmert crying that Scalia didn’t recuse himself.

Gohmert concludes that Obergefell is “an illegal decision, and it’s time to start impeaching judges and remove them from the Supreme Court.”

Supreme Court justices can, in fact, be impeached, but they have to have actually done something illegal, not just something Gohmert doesn’t like. So he’s welcome to sharpen his pitchfork and get the U.S. House to start impeachment proceedings. Which I’m sure they’ll get to right after they’ve repealed Obamacare.