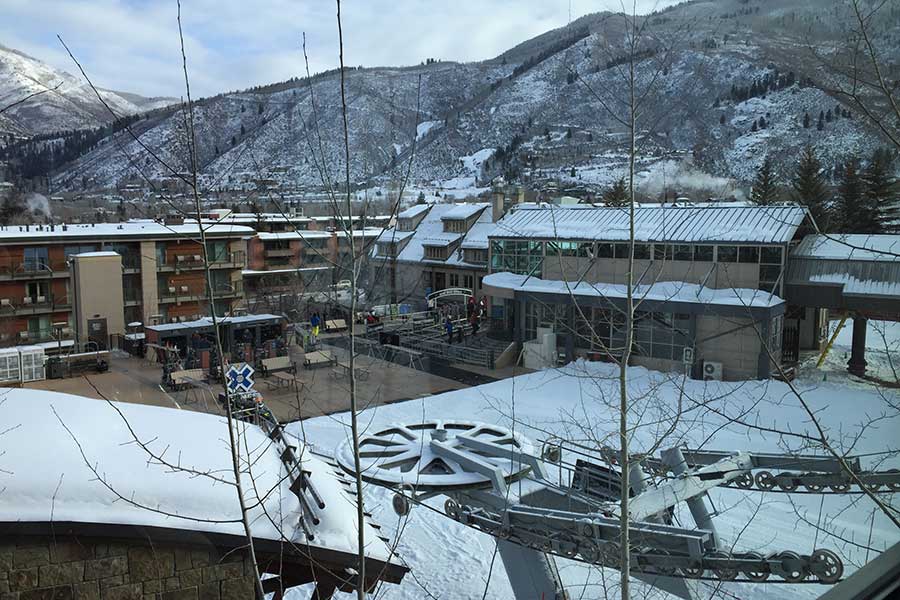 Aspen Gay Ski Week (AGSW) is the oldest annual, weeklong gay ski event in the United States. The ultra-luxury ski destination starts its 39th year this weekend in Aspen, Col. What is now among the most popular ski weeks in the world according to organizers, the event started as fun and games but ultimately championed a civil-rights movement where snow bunnies became snow civil-rights warriors. This weekend, 5,000 revelers ascend to the highest peaks of beautiful mountains and lounge at social events in luxury lodges. To see what you are missing, check out gay-skiweek.com.

It all started when a group of local guys and gay visitors from nearby ski clubs began meeting unofficially every January. Over the years, the all-volunteer “let’s put on a show” effort became the world’s first, and for many years only gay, ski week. Parties, dancing and skiing were the activities, but at its roots, Aspen Gay Ski Week was an event that also became about politics and LGBT civil rights.

Starting in 1979, about a decade after The Stonewall Riots, local activists pushed for and eventually secured gay-rights protections in Aspen — a first in the state. Boulder and Denver followed. In 1992, a new state constitutional amendment was adopted, known as “Amendment 2.” It revoked and repealed all existing gay-rights legislation such as Aspen’s and prevented any further gay-rights legislation from being passed either at the local or state level. The response was a boycott of Colorado tourism, which ultimately hurt Aspen Gay Ski Week. Eventually, the Colorado Supreme Court ruled that Amendment 2 was unconstitutional, and the U.S. Supreme Court affirmed the decision in 1996.

Today, Colorado is among the country’s most liberal states. You can even shop at “The Leaf,” just one of Colorado’s stores that sells legal and recreational marijuana. It’s located just steps from the base of Aspen Mountain near the Resident’s At Little Nell. Insider’s tip: Do not bring home any souvenirs.

It is not easy to travel to Aspen. Unless you fly private, commercial flights will likely route you through a connecting city. The Aspen County Airport is a small airport nestled between several picturesque mountains; it’s perfectly convenient until the weather closes the airport and you’re diverted an hour away. Hotels, timeshares and private homes are plenty in Aspen but it is best to book early for the best rates. In this destination that attracts the attractive and wealthy from around the world, expect to pay a premium.

Jeff Guaracino is the author of “Gay and Lesbian Tourism: The Essential Guide for Marketing” and the “Handbook of LGBT Tourism and Hospitality.”