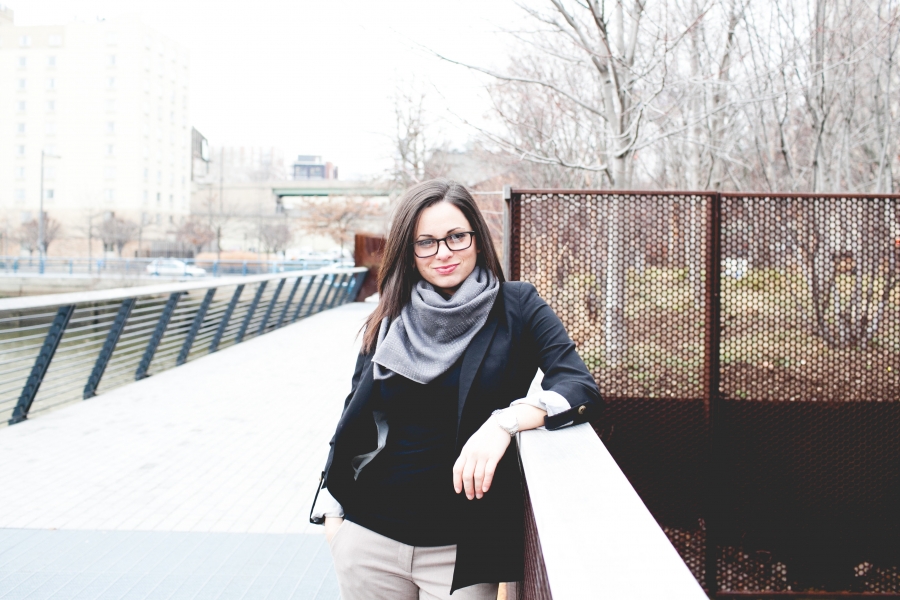 A nutritionist and a massage therapist reached out to Kristina Furia, founder of Philadelphia LGBTQ Counseling, when she initially put out word that she wanted to expand her practice.

“At first, I turned both of those people down,” Furia said. “I thought, Sorry, this is a psychotherapy practice.”

“But I got to thinking, What if it’s not?” she said. “What if it ends up being more than that?”

This month, Furia and six other practitioners started seeing patients for everything from therapy to reiki, acupuncture and holistic-health coaching. The team works at 1518 Walnut St.

The new venture is called Emerge Wellness. Philadelphia LGBTQ Counseling, started in 2013, exists under that umbrella as the therapy arm of the practice.

Furia, who writes the “Thinking Queerly” column for PGN, sat down with us in her new office to discuss everything from therapy techniques to creating safe spaces.

PGN: What types of services does Emerge Wellness offer?

KF: There are several different types of massage therapy. One type is called myofascial release, which is a specific technique used to work with injuries. Another massage therapy that will be offered is the more traditional therapeutic massage. If you’re stressed, your body holds that tension. The third one we’re offering is called trauma-touch therapy. We also have somebody who will be providing reiki, which is energy healing. It’s also a type of bodywork, but it’s a bit more nontraditional. We have an acupuncturist and an herbalist. Then we have what’s called a holistic-health coach. It’s a more holistic version of a nutritionist. She’ll help people figure out what sorts of foods are best for them, while also factoring in other lifestyle things like sleep or exercise to help them be as physically healthy as possible.

PGN: What inspired you to get into therapy?

PGN: How do you create a safe space?

KF: With the therapy practice, the whole point is it’s kind of a given: We’re all queer here. We get it. I choose providers who are either queer or extremely queer-friendly and knowledgeable of the queer community. Nobody needs to say, “My wife and I,” as a woman, or “My husband and I,” as a man, and get a double-take from the person they’re speaking to, or have the person ask too many questions or avoid it. None of that will happen here. It’s a totally safe space, where being LGBT is, in a certain way, secondary to everything else because it’s not a concern. It’s understood; therefore, we can be concerned solely with your health and wellness.

KF: The services are not LGBT-specific so much as they’re occurring in a space that’s LGBT-focused. But, for instance, one of the massage therapists I’ve chosen specializes in trauma and how trauma affects the body. I ended up finding it appropriate because, in a certain sense, I think LGBT people may be more susceptible to trauma, depending on if you were bullied when you were a child or if you had a difficult coming-out. That actually feels like an LGBT-specific service in a certain way.

KF: I have a certain fee that I’m comfortable accepting. However, I also think it’s important to be able to meet people where they’re at. I have ultimately a range that I’m willing to work within, rather than just saying, “This is my fee and that’s it.” Most of the other providers, if not all, will be following that same premise.

PGN: What do you hope to accomplish in the future with Emerge Wellness?

KF: I have plans to expand a bit in the next six months. I’m planning for someone who can run therapy groups specifically for LGBT kids. The Attic is an amazing resource, but I’ve been finding that some of the kids that come to see me don’t always feel comfortable there. It may be because they’re from the suburbs and they feel like they don’t fit in with this group of city kids, or a couple of the younger teens felt like the kids there were too old for them. The other service I’m hoping to get going in the very-near future is someone who specializes in speech pathology or vocal coaching to help trans women who want guidance to make their voices as feminine as they would like them. That’s a service I feel really passionate about getting in here. I’ve worked with so many trans women who are so self-conscious about their voices. I think it does speak to an overall wellness for these women. It should be more easily accessible.