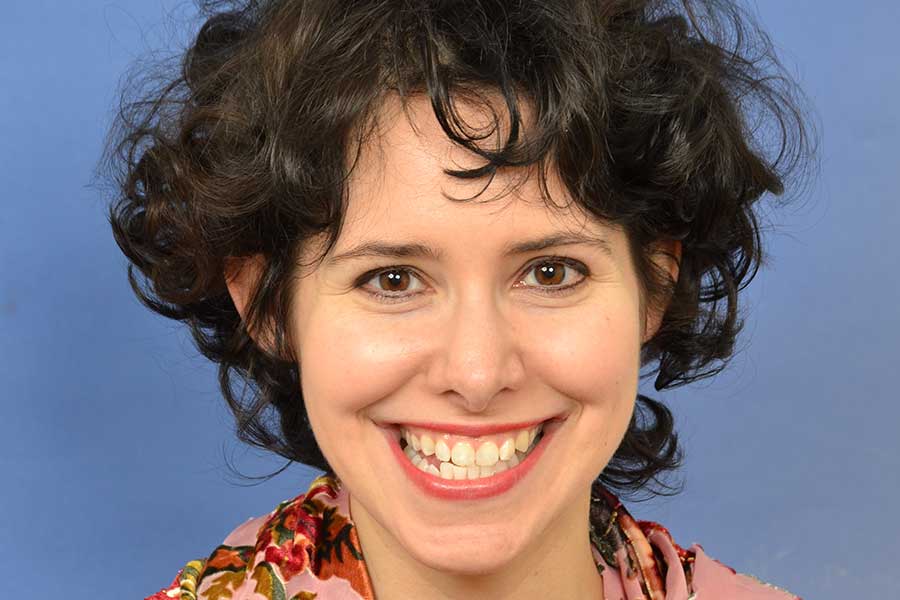 At a time when most female pop is Auto-Tuned, Nellie McKay — singer, songwriter, instrumentalist and comedian — is an unorthodox breath of fresh air. London-born but living much of her youth in Pennsylvania (she’s a veteran of the Pocono Youth Orchestra and Phil Woods’ orchestra of promising young players), McKay has explored Tin Pan Alley pop and uneasy-listening jazz. Her music could be self-penned or pulled from the songbooks of Kurt Weill, Peggy Lee and Cole Porter — all with witty lyrics rich in unsentimental, anti-romantic sarcasm or all-around silliness.

Though she started with the all-original “Get Away From Me” in 2004, McKay has bounced between her own compositions (2007’s “Obligatory Villagers”) and covers of songs from the Doris Day songbook (2009’s “Normal as Blueberry Pie”) or an array of ’60s songwriters (2015’s “My Weekly Reader”). She’s taken on the added responsibility of small, usually one-character theatrical shows weirdly centered on real-life characters such as environmental pioneer Rachel Carson (“Silent Spring: It’s Not Nice to Fool Mother Nature”), executed convicted murderer Barbara Graham (“I Want to Live!”) and Billy Tipton. In “A Girl Named Bill: The Life and Times of Billy Tipton,” McKay explores the life of the famed jazz pianist who died in 1989 with female anatomy, even though he lived as a man. McKay is also fond of intimate cabarets (such as “Nellie With a Z,” in honor of Liza Minnelli’s “Liza With a Z”), the likes of which will bring her to Philly’s Rrazz Room at the Prince Theatre on Oct. 16.

We chatted with her while she was in Manhattan, where she was worried about getting a parking ticket.

NM: Thanks for waiting. Having no ticket is like having no cavities.

PGN: That’s cool. How is playing within the cabaret milieu different from what you do on larger stages or during your concept shows?

PGN: You’re usually blonde, but your hair now is darker, a chocolate brown. Is that your true roots?

NM: Only my hairdresser knows for sure. No one knows for certain. Actually, we did a show about Billy Tipton and he had quite short, masculine and darker hair. I like it brown.

PGN: You’ve covered a small slew of ’60s songwriters, some socio-political, some not, all sunshiny, yet melancholy. Can you connect the dots among them?

NM: What dots? Are there dots?

PGN: Yes, other than the gravity of their talent.

NM: I picked all of them as if Noel Coward were entertaining them all in a chalet — sitting around a pool or a moonlit scene. Shame it never really happened.

PGN: Can you say something about Phil Woods, our Poconos neighbor? He passed away recently and you were in one of his youth orchestras.

NM: Papa Woods. The main thing I’ll always remember about him was his dancing and that he thought I talked too much, overanalyzed music way too much. He truly was and is a giant. It’s still not … I still haven’t accepted it. I don t know that he can ever truly leave this earth.

PGN: You’ve worked as a stand-up comedian. How did that go?

NM: Oh boy, I would put those words in quotes, whether standing or not. I was Todd Barry with a gender switch. It didn’t work very well.

PGN: Most women roughly your age — P!nk, Britney Spears, Taylor Swift, Miley Cyrus — are singing about love or sex far less intelligently than you. Your work is complex. What do you think of conventional contemporary female pop?

NM: Female or male, pop or other genres, it’s corporate, part of a computer culture. Technology is wonderful, probably better for the military though. Texting and Facetime reduce empathy and connectivity. All those women and I — save Miley — we dodged a bullet. We didn’t exactly grow up with Facebook and such. So, there’s hope. I mean, how can you concentrate or make art or think if your phone is beeping all the time? You have to dream to make music.

PGN: You did the song “Cupcake” that touched on the joys of gay love and marriage. You joined forces with tech guru Will Dollinger about anti-LGBT violence in Russia with “Vodka,” which benefited the gay-rights work of AMERICAblog and Queer Nation NY. You’ve alluded to an affection of the gay community on stage. What is your specific connection?

NM: I think it’s empathy. There are so many answers, it’s overwhelming. We are born with a reaction to injustice — it is not fair — that is the basis for every movement, a natural extension of our personalities. That is, if you’re not a sociopath, which there are many and they tend to be in positions of power, unfortunately.