We are less than a week away from Pope Francis’ visit to Philadelphia for the World Meeting of Families.

Again, I’d like to stress that Archbishop Chaput and the organizers of the international Catholic conference have made this event anti-LGBT equality and, in fact, have infused it with homophobia by placing organizations on the program that support conversion therapy. This type of “therapy” — which seeks to convert LGBT people to being straight — is denounced by anyone or organization with humanity and has been outlawed for youth in several states.

That said — and so much more can be stated about this archbishop and the organizers —  they are not the pope. He did not do this. The organizers and Chaput did. So if you plan to protest, it should be reserved for the real haters and homophobes.

It is an honor for me to be working with more than a dozen Catholic organizations that will bring over 100 LGBT Catholic families together under one roof, Sept. 26 at John C. Anderson Apartments. If the pontiff or his representatives wish to meet in one place will all those parents and children who truly want to be a part of his church — but have been denied communion, fired from their jobs or been sent off to conversion-therapy camps — he can do so in one place while in Philadelphia.

One of those in attendance will be the expected next mayor of Philadelphia, Jim Kenney. Kenney championed LGBT rights while on City Council and has been an ally of the LGBT community before it was fashionable to do so. When the Philadelphia Inquirer asked him about his attendance, he said, “It’s less important to me that the pope attends than it is that these families’ voices are heard, and I think we’ll accomplish that. That’s why I’m going to help amplify those voices.”

Kenney is right. These families are simply being asked to be heard and be reunited with their church. While I’d be surprised to see the pope, I believe that his mission to hear and bring his flock will be heard.

By chance if he shows up, I have a steak sandwich waiting. 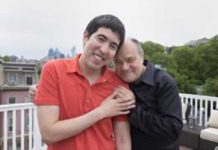 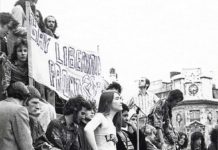 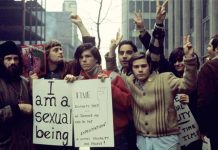 The power of protest