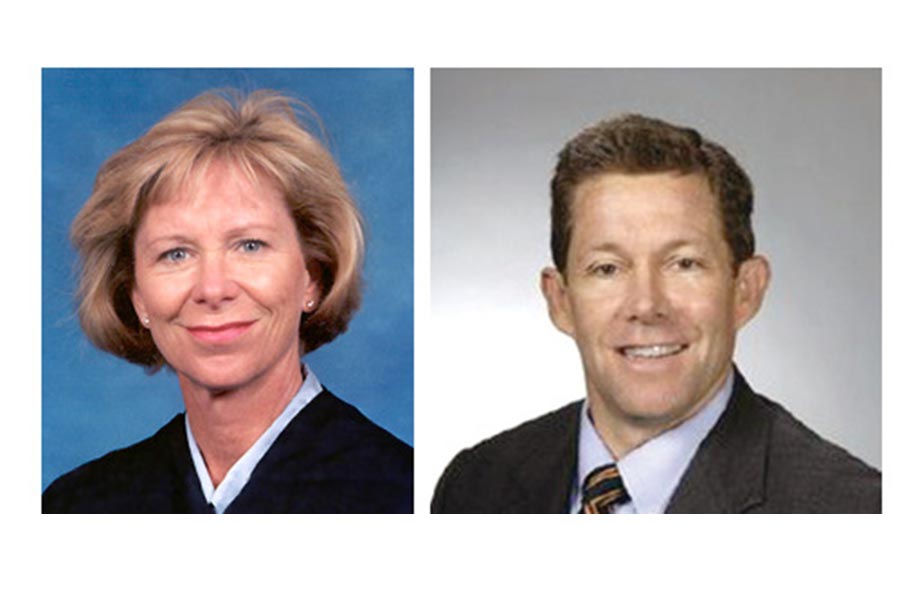 I was driving home after picking up my son from school when I heard the news that the Sixth Circuit Court had upheld the antigay marriage bans in Michigan, Ohio, Kentucky and Tennessee. It felt like a punch in the gut.

I looked in the rearview mirror at my 5-year-old boy and thought, Well, it’ll be at least a couple of more years now before you have two legal parents.

Of course I didn’t say this out loud. As far as he is concerned, he has two parents. Two moms, to be specific.

But only one of us is legally recognized since Michigan, the state we live in, doesn’t recognize me and my wife as legally married (we are and have the documents from San Diego to prove it), and thus we are not allowed to adopt jointly as a couple. Thus, according to the state of Michigan, and just affirmed by the Sixth Circuit, I’m just some stranger who lives with a woman and her son.

Considering this legal-parent limbo was just the issue that prompted the plaintiffs in the Michigan marriage case, April DeBoer and Jayne Rowse, to file suit in the first place, the Sixth Circuit ruling is especially galling.

The majority opinion by Judges Deborah Cook and Jeffrey Sutton asserts that the antigay marriage side is ultimately going to be the losing side in this battle. Which I believe to be true. But in the opinion, written by Sutton, he goes on to say that the decision to let same-sex couples get legally married should be left up to the people, not to judges.

When addressing whether antigay marriage laws were inspired by animus (aka hostility toward icky gays), Sutton wrote, “Animus? Hardly! Who can blame all of these decent people for thinking that bull dykes and fags were going to use the courts to take marriage away from heterosexuals forever?” (I’m paraphrasing a little bit.)

And at the end of his ruling, he paints a fantastical picture of a world where gays and straights assemble on a hilltop together and sing, “I’d like to buy the world a Coke.”

Personally, I’m a little in love with Judge Martha Craig Daughtrey, who wrote a scathing dissent to the majority opinion.

“Instead of recognizing the plaintiffs as persons, suffering actual harm as a result of being denied the right to marry where they reside or the right to have their valid marriages recognized there, my colleagues [Sutton and Cook] view the plaintiffs as social activists who have somehow stumbled into federal court, inadvisably, when they should be out campaigning to win ‘the hearts and minds’ of Michigan, Ohio, Kentucky and Tennessee voters to their cause.”

In other words, Daughtrey understands that there are real people being harmed by discriminatory laws here and dismisses Sutton’s claim that homos who want to marry should be campaigning (aka “begging”) their neighbors to let them.

And while the Sixth Circuit ruling means that the Supreme Court will finally settle the matter, families like mine are left in an unprotected limbo. And it sucks.