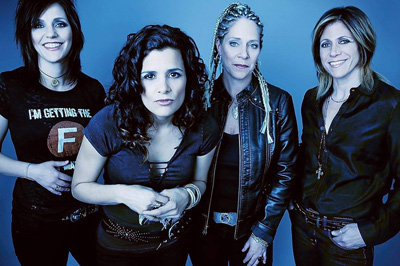 Artificial Light: Flash Photography in the 20th Century Philadelphia Museum of Art presents an exhibition of diverse examples of flash photography, which gained widespread use in the 1920s with the invention of the mass-produced flashbulb, through Aug. 3, 26th Street and the Parkway; 215-763-8100.

I Love You, You’re Perfect, Now Change Walnut Street Theatre presents the hilarious revue about love and relationships through June 29 at Independence Studio on 3, 825 Walnut St.; 215-574-3550.

Patrick Kelly: Runway of Love Philadelphia Museum of Art presents an exhibition highlighting the works of the famed fashion designer through Nov. 30, 26th Street and the Parkway; 215-763-8100.

Picasso Prints: Myths, Minotaurs and Muses Philadelphia Museum of Art presents an exhibition of Pablo Picasso’s response to the world of classical antiquity in nearly 50 prints from four critical decades of his career through Aug. 3, 26th Street and the Parkway; 215-763-8100.

Ritu Comes Home InterAct Theatre Company presents the story of a couple who unexpectedly has the third-world child they sponsored show up to live with them through June 22, 2030 Sansom St.; 215-568-8077.

Where Children Sleep The James A. Michener Art Museum hosts an exhibition of photographs by James Mollison through June 29, 138 S. Pine St., Doylestown; 215-340-9800.

A Coffin in Egypt Opera Philadelphia presents the East Coast premiere of this haunting tale of memory and murder, racism and recrimination, through June 15 at Kimmel’s Perelman Theater, 260 S. Broad St.; 215-893-1999.

How To Succeed In Business Without Really Trying The Walnut Street Theatre presents the Pulitzer Prize-winning musical about a lowly window washer climbing the corporate ladder through July 13, 825 Walnut St.; 215-574-3550.