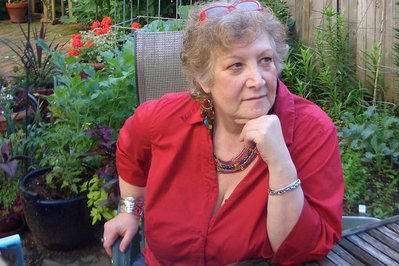 Verker was born and raised in the Strawberry Mansion section of Philadelphia and graduated from George Washington High School in 1966. She later moved to Center City.

Verker worked at Gamble and Huff’s Philadelphia International Records and later as a forklift driver for SmithKline Warehouse for 10 years. She had since retired.

Verker’s daughter Keren said her mother was someone people always wanted to be around.

“She was generous, loving and giving and she always said she trusted people,” said Keren.

She said her mother became involved in Jewish Lesbian Women more than 30 years ago.

Verker’s best friend, Joan Rhodes, was another of the group’s founding members. The pair met in 1980 at the former Sneakers bar.

A few months into the friendship, the pair attended SisterSpace, from which Jewish Lesbian Women was eventually born.

“A lot of Jewish women were there and there was a movement started with all the Jewish lesbians in Philly getting together and organizing and finding solidarity and mutual interests,” Rhodes said. “Who was going to support us more than us? We met in West Philadelphia — a couple-hundred women showed up. It was therapeutic.”

“Right after we started, she told us all that her dream was to have a child, so I went with her and she received artificial insemination. She had a girl and several years after that, we all had children,” she said. “It was because of her and her empowerment and her courage that we were motivated to pursue our dreams like she did.”

Verker lived life to the fullest and enjoyed playing poker and pursuing artistic endeavors; she was especially interested in fashion trends and furnishings.

Rhodes said the pair had been through a lot together and that Verker will be remembered as a good friend to all.

“We had been through death in each others’ lives, relationships breaking up, getting married, having children, completing college, getting jobs, career changes. We had been there for each other through it all.”

In addition to Keren and Rhodes, Verker is survived by brother Michael, many friends and three cats.

Donations can be made to the Philadelphia Animal Welfare Society in Verker’s name at www.phillypaws.org.