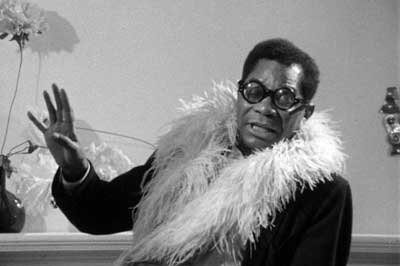 Fri. 05/24 Pariah The film about a 17-year-old African-American woman who lives with her parents and is quietly but firmly embracing her identity as a lesbian is screened 7 p.m. at Scribe Video Center, 4212 Chestnut St., third floor; 215-222-4201.

Fri. 05/31 Portrait of Jason Shirley Clarke’s feature-length portrait of Jason Holiday recounting charming anecdotes from his past and opening up about the harsh realities of being black and gay in 1960s America, 7 p.m. at Ibrahim Theater at International House, 3701 Chestnut St.; 215-387-5125.

Design for the Modern Child Philadelphia Museum of Art presents an exhibition featuring some of the latest furniture, toys, tableware, wallpaper and textiles designed internationally in Australia, Asia, Europe, Great Britain and the United States, along with classics from the museum’s design collection, May 25-Oct. 14, 26th Street and the Parkway; 215-763-8100.

The Art of Golf Philadelphia Museum of Art presents an exhibition of paintings celebrating the sport, through July 7, 26th Street and the Parkway; 215-763-8100.

Bootycandy The Wilma Theater presents the production consisting of sketches that interconnect to portray growing up gay and African-American, through June 16, 265 S. Broad St.; 215-546-7824.

DINO! An Evening with Dean Martin at the Latin Casino Walnut Street Theatre presents a recreation of a legendary Dean Martin concert, through June 30 at Independence Studio on 3, 825 Walnut St.; 215-574-3550.

Heroes Lantern Theatre Company presents the Philadelphia premiere of the comedy about vets plotting to escape from a retired soldier’s home, May 17-June 9, St. Stephen’s Theater, 10th and Ludlow streets; 215-829-0395.