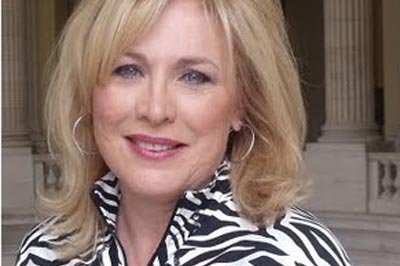 But I’m sure that a man like Portman, with his longstanding conservative record, is getting plenty of support from fellow conservatives.

Ha. I kid. They are freaking the fuck out.

For example, take Andrea Lafferty, president of the Traditional Values Coalition, who issued a mock press release with a revelation of her own.

“Earlier this week, one of my children came to me and told me something which was shocking,” she wrote. “He is a drunk driver and has been driving drunk regularly since college. I have taken several days to reflect on this and I have decided to reverse my earlier opposition to drunk driving.”

Get it? Because drunk driving is the same thing as being gay. A totally fair and logical comparison!

Lafferty goes on to further ridicule Portman’s claim that his shift on marriage equality is a direct result of having a gay son.

“My child is a drunk driver,” Lafferty writes. “That has personalized the issue for me and taken me above the whole discussion of the morality of it.”

And to the drunk-driving haters, Lafferty has this to say: “(D)runk driving will make all of us stronger drivers. Think of how much more interesting driving will be in the future if more people have the freedom to drive drunk. It will sharpen the defensive driving skills of the rest of us.”

But don’t worry, everybody, Lafferty is just having a laff at the expense of homos trying to ruin marriage. In case it wasn’t clear from her idiotic analogy, Lafferty writes at the end of her bit, “Drunk driving is immoral. I abhor it. I also believe homosexuality is immoral and sinful.”

Lafferty claims she was trying to use the same “twisted, self-serving logic” as Portman to justify his about-face on marriage. And she wants to make clear that only losers allow their kids to influence their beliefs.

“Our children are learners and unable to determine morality and then hand it down to their parents,” she writes. In other words, Shut up, kids! You will learn adult bigotry and ignorance and like it, damn it! Because I said so!

“There are absolutes. There is right and there is wrong,” Lafferty asserts. “The tough part of being a parent is telling one of those young souls whom we have been charged with raising that he or she is wrong.”

Yeah! Hear that, Portman? There is right (continuing to vote against your own son’s civil liberties and happiness in order to save political face) and there is wrong (putting the son you love ahead of your political aspirations and risking the wrath of ignoramuses like Lafferty). There is no in-between!

“Our children look to us for direction and we owe them more than a collective shrug,” Lafferty writes. As if Portman’s announcing that, after years of voting against LGBT people, he’s changed his mind about gay marriage because his son is, in fact, a gay, counts as a “shrug.”

“I wish no harm to either Sen. Portman or his son but they are wrong,” Lafferty writes, in what feels like an obligatory preemptive strike against the kind of reactive hate invective like hers inspires. “And Sen. Portman’s attempt to use his position in the Senate to affect the future path of our culture and the lives of other Americans compounds the wrong.”

Sorry, Lafferty, but that’s what senators are hired to do — mostly in the interests of heterosexual, white, rich men. If only Portman’s son had come out as black, poor and female, too. Alas.