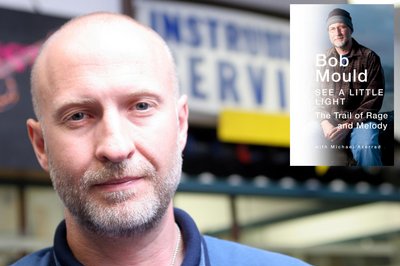 Out musician, DJ and producer Bob Mould lets the world in on his life up until now with his new book “See a Little Light: The Trail of Rage and Melody. ”

“This is the story of the first 48 years of my life,” Mould said. “I think it’s incredibly personal — embarrassingly personal at times.”

Mould isn’t kidding. He doesn’t pull any punches as he takes readers on a candid journey through his life, beginning with his upbringing in a somewhat-dysfunctional family in a rural farming community in northern New York. He chronicles his struggles with addiction and recovery, his long and influential career as a musician in bands Hüsker Dü and Sugar and his struggle to find self-acceptance and happiness as a gay man.

Mould, who admitted to not being a connoisseur of rock biographies himself, said that committing the many details of his professional and private life to print was a long and sometimes-difficult process.

“There was a lot of digging,” he said. “I had to really look hard and go back and confirm and reconfirm things with work associates. But the story is pretty much a singular story. One of the things that I found in the almost-three years of working on the book is the more that I talk to people about other things, the more I recognized everyone’s excitement about telling their story as opposed to just verifying things for me. It’s great stuff. It’s a great life. But I’m not big on looking back. This process was pretty consuming.”

Mould added that, despite those difficulties, he didn’t want to shy away from the aspects of the book that cast him in an unbecoming light.

“I think all of us would prefer to gloss over our failures when we’re throwing our life story out there,” he said. “But those are the things that are the connectors from one point to the next. One of the things about life is that we hopefully learn from our mistakes. Those are the things that get us to the next place. The more unflattering parts of my personality, my childhood and the more dynamic stories in the Hüsker Dü chapters — those are things I don’t particularly enjoy talking about, but it helps move the story forward. Given that I looked at this as an autobiography as opposed to a memoir, it’s not a series of anecdotes that are unconnected. This was a process to figure out who I am. So yeah, there are a lot of unflattering stories, but I think it’s an accurate representation of who I am.”

At the end of the day, who Mould is includes being a very driven individual when it comes to making music. He continues to produce other acts and performs as both a solo act and a DJ with Blowoff, a DJ and remix duo he formed with dance music artist Richard Morel.

Mould said he hopes “See a Little Light” will appeal to more than just his fans.

“That would be the hope; that it would reach a broader audience,” he said. “Not just my life as a musician but my life as a gay person, and my life as a person who had an interesting childhood and how that affected my world view, I think there’s part of it that speaks directly to a recovery audience. I think there’s a lot of people out there who might enjoy the story and don’t necessarily need to know my history.”

Mould added that younger readers might not relate to his childhood, knowing he was gay in a small farm town in upstate New York, where finding your favorite album or seeing a decent rock concert wasn’t just a keystroke away. Oftentimes it involved a trip across the Canadian border to the nearest major city, Montréal. He said that young people today have more resources at their disposal than he had growing up.

“That’s the power of the Internet,” he said. “Everything has changed completely. This recent generation, there’s nothing that is not available to them if they want to find it. I mean, kids are coming out on Facebook when they’re 10 years old. For me, that would have been unimaginable that we would be living in a world like this — to be able to hear of a campaign called ‘It Gets Better’ and watch things on a computer. That’s a galaxy away from how I grew up. This book is so archaic in a sense. I’m 50 years old and I can only imagine if 17-year-old LGBT kids read this. They’d be like, ‘What? There was a world like this?’”

“See a Little Light: The Trail of Rage and Melody” hits bookshelves June 15. For more information on Mould, visit www.bobmould.com. 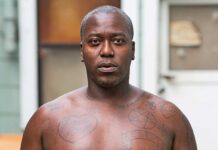 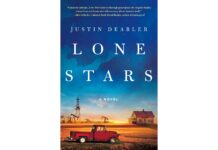 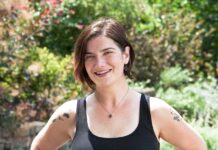