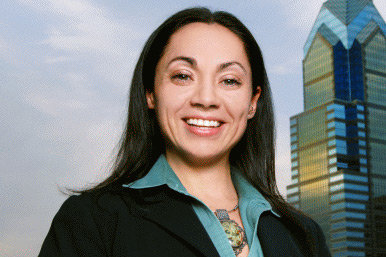 Evelyn Beatrice Hall once famously quipped, “I do not agree with a word you say but will defend to the death your right to say it. ” This quote has been used for centuries to fuel arguments arising over a party’s right to free speech under the First Amendment. Earlier this month, the Supreme Court breathed new life into the notion that free speech is an inalienable right — regardless of message or motivation.

The March 2 decision of “Snyder v. Phelps,” handed down by an eight-to-one Supreme Court majority, has upheld the much-criticized practices of Fred Phelps and the Westboro Baptist Church as protected under the First Amendment. The decision on its own is no doubt a victory for minorities everywhere who struggle to have their message heard. However, a bigger question looms: At what point did we stop championing the noble cause of free speech and begin fostering virulent hate-speech, void of nobility and exploitative of those who fight to preserve that right? How did we get here?

A brief background on the practices and methods of the WBC may be helpful. Phelps and his church, mostly comprised of members of his extended family, is most well-known for attending high-profile funerals around the country. In January, the WBC made the news by threatening to attend the funeral of Christina Green, the 9-year-old girl shot and killed during the Jan. 8 assassination attempt on U.S. Rep. Gabrielle Giffords (D-Ariz.). Other examples of WBC’s protest venues include the funerals of AIDS victims, gay people, soldiers and Coretta Scott King.

If WBC practices are despicable, its message is worse. Phelps believes and preaches that God is punishing the United States for “the sin of homosexuality.” He believes and preaches that U.S. soldiers deserve to die because they fight for a country that allows homosexuality. In the days immediately following Sept. 11, 2001, Phelps was quoted saying, “There were 5,000 or 10,000 killed and, counting all those passengers in those airplanes, it’s very likely that every last single one of them was a fag or dyke or a fag enabler.” (Fred Phelps Sermon, Sept. 14, 2001)

Hundreds of similar quotes are attributed to Phelps, who founded the WBC in the mid 1950s. Each is more hateful and intolerant than the next. So why defend this man’s right to speak out and target a people as tolerant and accepting as America’s gay community?

The Supreme Court’s majority opinion, written by Chief Justice Roberts, states that the First Amendment protects those who stage a peaceful protest on a matter of “public concern” near the funeral of a military servicemember from liability. However the message that Phelps and the WBC spread is a matter of public concern only by the broadest interpretation of the phrase. Phelps’ message is not one of public debate. It is hateful, crude and offensive and offers no constructive public discourse. The fact that WBC uses high-profile funerals as its soapbox only compounds the damage done to American progress and open-mindedness. To call the message set forth by WBC a “matter of public concern” is to cheapen real matters of public concern, such as universal marriage rights or teachers unions’ rights to bargain. WBC is not engaging in a public debate: They are targeting the vulnerable and exploiting those in grievance in an effort to spread hate.

Justice Roberts states in his opinion, “As a nation we have chosen a different course — to protect even hurtful speech on public issues to ensure that we do not stifle public debate.” I cannot disagree with this notion, but find it inapplicable to the case at hand. The speech being addressed here is not “hurtful,” it is hateful.

In his dissenting opinion, Justice Alito wrties, “In order to have a society in which public issues can be openly and vigorously debated, it is not necessary to allow the brutalization of innocent victims.”

If the Supreme Court seeks to further public debate and bolster citizens’ rights to voice their beliefs, “Snyder v. Phelps” is possibly the worst case for them to use in this pursuit. These are noble goals and ideals that our country was founded on. To allow Phelps and the WBC to stand on these notions is a misallocation of Supreme Court authority.

I am proud to live in a country that upholds its citizens’ right to be heard but saddened to live in a society that fosters the hatred and intolerance demonstrated by Fred Phelps and the WBC. The right to free speech protected the civil-rights movement and is an integral weapon in the movement toward equal rights for the LGBT community. To use that right, the sword of the minority, to justify Phelps’ actions and those of the Westboro Baptist Church is a distortion of the Constitution. 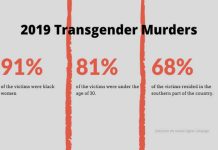