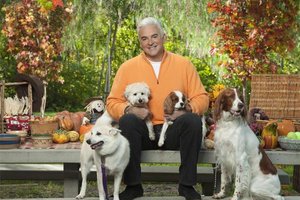 Theater The 25th Annual Putnam County Spelling Bee Philadelphia Theatre Company presents the award-winning tale of six kids in the throes of puberty vying for the spelling championship of a lifetime, through Dec. 5 at Suzanne Roberts Theater, 480 S. Broad St.; (215) 985-0420.

Run, Mourner, Run Flashpoint Theatre Company and out playwright Tarell Alvin McCraney present the story of a poor young man from a rural community in North Carolina who is suddenly thrust into a power struggle between the two richest men in town, through Nov. 20 at Second Stage at The Adrienne, 2030 Sansom St.; (215) 568-8077.

Simulations Plays & Players Theatre presents a fantastical story about a socially awkward woman who falls in love with her Sims character, through Nov. 21, 1714 Delancey Place; www.playsandplayers.org.

Exhibits Art of the American Soldier The National Constitution Center presents the world-debut exhibition of over 15,000 paintings and sketches created by 1,300 American soldiers in the line of duty, through Jan. 10, 525 Arch St.; (215) 409-6895.

Cleopatra: The Search for the Last Queen of Egypt The Franklin Institute presents an exhibition of 150 artifacts from Egypt, through Jan. 2, 20th Street and the Parkway; (215) 448-1200.

Desert Jewels: North African Jewelry and Photography from the Xavier Guerrand-Hermes Collection Philadelphia Museum of Art presents an exhibition of jewelry and historic photographs from Algeria, Libya, Morocco, Egypt and Tunisia, through Dec. 5, 26th Street and the Parkway; (215) 763-8100.

Eakins on Paper: Drawings and Watercolors from the Collection Philadelphia Museum of Art presents an exhibition of 10 rarely seen drawings and watercolors that survey the early work of Thomas Eakins, through December, 26th Street and the Parkway; (215) 763-8100.

A Glimpse of Paradise: Gold in Islamic Art Philadelphia Museum of Art presents an exhibition exploring the unique status of gold in Islam through a small group of objects drawn from the museum’s collection, through April 2011, 26th Street and the Parkway; (215) 763-8100.

Pleasures and Pastimes in Japanese Art Philadelphia Museum of Art presents an exhibition of costumes, masks and poetry exploring the ways in which leisure time was interpreted across all social classes in Japanese art, through January, 26th Street and the Parkway; (215) 763-8100.

The Visionary State: A Journey Through California’s Spiritual Landscape University of the Arts hosts an exhibition by photographer Michael Rauner taking the viewer on a tour of California’s more eccentric religious movements, through Dec. 10 at Gallery 1401, 15th floor of Terra Hall, 211 S. Broad St.; (215) 717-6300.

Dance Luis Bravo’s Forever Tango The Annenberg Center for the Performing Arts presents a dance and musical performance exploring the history, culture and passion of Argentina, through Nov. 20 at Zellerbach Theatre, 3680 Walnut St.; (215) 898-3900.

BalletX Fall Series 2010 Dancer, choreographer and filmmaker Tobin Del Cuore presents the world premiere of “Beside Myself,” a dynamic exploration of consciousness and duality alongside other BalletX favorites, through Nov. 21 at The Wilma Theater, 265 S. Broad St.; (215) 546-7824.