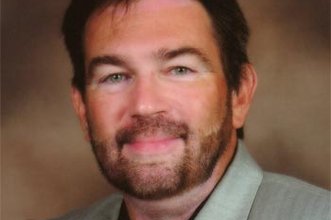 Ellen DeGeneres has got to be so pissed at Gary McCullough right now. Everything was going so well for her on “American Idol” and he had to go ruin everything by blabbing to the world that she’s a homo. I mean, yes, everyone already knew she was a homo but had kind of forgotten over the years because she’s so harmless and lovable. Like Elton John.

But McCullough, director of Christian Communication Network, didn’t forget. And when God got the news via His Christian Newswire iPhone app, he got up in Fox’s face and was all, “Hey, ‘American Idol’ is a family program through which I transmit my message of hating gay people. The lesbo has got to go.”

And my, oh my is McCullough pleased with himself, now that DeGeneres has left. “When it comes to the business relationship between ‘American Idol’ and Ellen DeGeneres, to the chagrin of Pansy Hilton and a multitude of homo-fascist bloggers, I am on an I-told-you-so roll,” he wrote in a July 30 opinion piece.

He then declares ‘American Idol’ dead and says it was all Ellen’s fault for being a lesbian. Christians don’t want to watch homos on TV, he says, because it burns their eyes and makes Jesus cry.

“There is a moral to the story of this DeGeneres-’Idol’ saga. There is a limit to what Christian viewers will tolerate, and I am using ‘Christian’ in the broadest of definitions,” McCullough writes. “The revenue-generating ability of television programming that promotes homosexuality has its limits.”

The revenue-generating ability of television programming that promotes Christianity also has its limits, which is why so much of it is on public access. But I digress.

“The encouragement I take from the firing of DeGeneres [she actually resigned, but that doesn’t matter to McCullough] is that someone in Hollywood understands what I have been saying; that the promotion of homosexuality and the production of family entertainment do not mix.”

It’s strange to me that simply having Ellen on the show was, to McCullough, promoting homosexuality. Perhaps if the other judges had pelted her with stones and called her a bull dyke then McCullough would have had no problem with her tenure there.

It’s true that ratings have slipped this season. While still insanely popular, ‘American Idol’ isn’t quite as popular as it was. I hate to burst McCullough’s bubble, but I think there might be some factors he’s not considering here.

First off, I don’t watch ‘American Idol,’ but from everything I’ve gathered, it seems like Ellen was a pretty terrible judge. For whatever reason she wasn’t very funny, nor was she very judge-y. Now, I’m not a TV executive, but I reckon that this would pose a problem for someone who’s been hired as the “funny judge.” Ellen even noted when she left, “It was hard for me to judge people and sometimes hurt their feelings.”

Nor does McCullough take into account the fact that Ellen’s arrival coincided with the pending departure of Simon “I’m A Jerk To Everybody Yet This Is How I Wear My Hair On National TV” Cowell. I mean, let’s face it: Part of the appeal of the ‘Idol’ was seeing Cowell make people cry.

Last but not least, ‘American Idol’ is kind of a shitty show. Maybe, just maybe, people are finally opening their eyes — and ears — and realizing that there are better ways to spend their time than watching marginally talented people do karaoke. Not to mention the fact that constant change of the judging guard is super disruptive. Even for people who love the show and never miss an episode, it’s not really the same. Swift change isn’t exactly America’s strong point.

And when it comes to gays on TV, it’s not McCullough’s either.