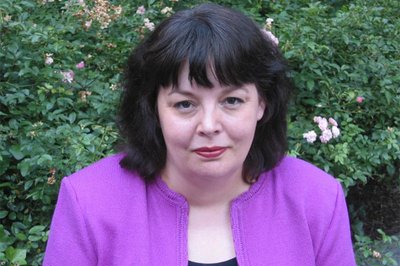 You know, nothing says summer lovin’ like jumping in a van and going on a whirlwind national tour to “defend marriage” from depraved homosexuals. And if anyone knows how to have a good time, it’s the National Organization for Marriage, whose cronies are making damn sure that they have plenty to write about in their “What I Did On My Summer Vacation” essays.

The only trouble is it looks like their rallies aren’t exactly attracting a lot of antigay fans. From the reports I’ve been reading, they’re bringing in just as many — and sometimes more — marriage-equality folks as NOMers.

But you don’t have to take my word for it. Just visit NOM’s YouTube channel and watch their less-than-inspiring tour videos.

Take their video of the Lima, Ohio, stop, which features a smattering of white folks in what looks like a Wal-Mart parking lot. The video mostly shows the backs of heads of people standing or, in equal numbers, sitting in lawn chairs, as a NOM speaker stands at a podium urging them to keep marriage safe from the queers. It’s a pretty common camera shot throughout NOM’s tour videos. After all, it creates the illusion that the cameraperson is standing only a few rows back in a crowd that goes on and on behind them. In reality, it appears that these first few rows are the only rows.

You’d think that if NOM had swarms of heterosexual-marriage defenders at these rallies — a sea-to-shining-sea, if you will, of men and women joined penis to vagina like God intended — they’d put that in their tour videos instead of a shot of their marriage RV dissolving into a shot of a dumpy middle-aged woman leaning over a folding table to sign some kind of penis+vagina=forever pledge.

The only crowd shots in the videos are of NOM’s opposition, which often seem to outnumber NOMers themselves. In the Columbus video, a good deal of time is spent on shots of homos behaving badly. Mostly guys flipping off the camera surrounded by rainbow flags. Because you know how homos are: so disrespectful of folks rolling into town in order to take away their rights and paint them as less than human.

Perhaps it’s because of the piss-poor turnout thus far that NOM is trying to capitalize on their footage of protesters in order to make homos look like the bad guys. In one video, a voiceover claims that the gays came “armed” with rainbow balloons and umbrellas. The gay weapons of choice. The voiceover also says that gay protesters “followed a Hispanic woman to the back of the rally, bullying her as she tried to nurse her baby and watch the rally with her children.” Yikes! Sounds pretty terrible. Until you learn that they “bullied” this woman by simply standing at the perimeter of the rally with their rainbow umbrellas, which blocked her view. It must have been terrifying.

The video also accuses Rhode Island protesters of “targeting young children with intimidation” and then cuts to a shot of a protester yelling to someone off camera attending the rally, “You’d better watch that kid or we’re gonna kidnap him.” Tactless? Yes. But what it really amounts to is gallows humor. After all, the folks at the NOM rallies do espouse the belief that gays can’t be trusted with kids because all gays are child molesters.

Then there was the Indianapolis rally where, according to the Bilerico Project, only 40 folks attended the rally while 250 protesters showed up. No wonder NOM felt intimidated. No worries, though. One NOMer had the perfect solution to gay marriage rendered on a placard he held: Leviticus 20:13 paired with a drawing of twin nooses.

Something tells me he isn’t going to make it into NOM’s official tour video.

D’Anne Witkowski is a Detroit-based freelance writer and poet.