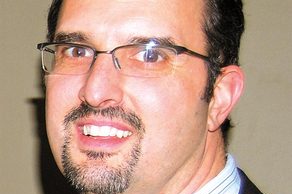 The local LGBT community has much pride to celebrate Sunday at the annual Pride Parade and Festival. The City of Brotherly Love and Sisterly Affection has worked hard at creating an open, inclusive community for queer individuals.

Yet as we publicly commemorate our achievements and honor ourselves, there is still discrimination and intolerance for LGBT folks locally and nationally. Laws prohibit gay marriage and civil unions in Pennsylvania. Hate crimes and homophobia pervade our society. And coming out can still be met with disapproval.

PGN recently polled 15 Philadelphia LGBT notables about their thoughts on pride and shame, asking them, “What makes you proud? How can we combat shame and battle discrimination? And how are you going to celebrate Pride?”

For many survey respondents, pride means living honestly and openly. “Pride to me is when you feel comfortable with expressing and celebrating all of the identities that comprise who you are,” says Lee Carson, president of the Black Gay Men’s Leadership Council in Philadelphia.

Taking this point a step further, Carrie Jacobs, executive director of The Attic Youth Center, says, “It’s the evolution of moving from stigma to affirmation,” acknowledging how, historically, the LGBT community has long struggled for acceptance, equality and inclusion.

Says R. Perry Monastero, executive director of the Delaware Valley Legacy Fund, “I am full of wonder about how far we have come since the Annual Reminders from 1965-69 here in Philly, or the Stonewall Revolution of 1969.” Monastero appreciates the collaborative movement this community and its pioneers have had in battling adversity. “Almost all of us are more resilient and stronger as a result,” he says.

Ed Hermance, owner of Giovanni’s Room, also understands the community’s long struggle for acceptance. “For people like us, pride is recognizing the strength of our love and doing our best to help younger generations realize their strength sooner than we could,” he says.

Paul Steinke, general manager of Reading Terminal Market, is grateful for “the political and social gains our community has achieved over the past several decades.”

Tami Sortman, president of the Philadelphia Gay Tourism Caucus, says she is proud of the “permanent gay signage that hangs in the Gayborhood” — affirming to both residents and visitors that Philadelphia is a gay-friendly city — and that the mayor appointed a gay liaison to his office.

Similarly, Jacobs says she is pleased with the “tremendous work of many groups and individuals to make Philadelphia a safer, more welcoming and affirming environment for LGBT people.”

Robert Drake, hate-crime survivor, and Lambda Award-winning co-editor of “Indivisible,” is proud of “being a part of our community’s response to AIDS,” and Philadelphians’ “quick acceptance of safer-sex behavior to reduce the transmission of HIV.”

Jeffrey D. Shablin, president of Optimal Sport Health Club, adds that he is “proud Philadelphia has the Mazzoni Center, one of the best LGBT health centers in the nation, and one that holds the standards for others to follow.”

Yet many individuals find pride in their own authenticity.

For bisexual filmmaker Austin Kage, pride can be found “walking down the street with my boyfriend in my arms, unafraid of any homophobic cat-calling or abuse, and seeing other LGBT couples doing likewise.” He claims this act gives him “a sense of belonging and acceptance.”

Soda Nobuhle, founder of The Womyn’s Village and co-founder of LGBT People of Color Coalition, is proud of “holding myself accountable for modeling a style of leadership that exposes the fraudulent constructions of race, ethnicity, spirituality, gender and class,” suggesting that role models are empowered, and set positive examples and strengthen our community.

However, some folks have had to fight for acceptance and find pride in their and others’ accomplishments. Filmmaker Robert Gaston came out to his family as a teenager, and recounts, “it was not a pretty scene.” He beams with pride over the changes his family has made since then. “Their outlook and involvement with the LGBT community is my [greatest] reward, especially with my once-homophobic mother now counseling other parents at her church, and guiding them through the process of acceptance and appreciation of their LGBT children.”

Robert Drake, producer and host at WXPN, believes that as proud as the LGBT community may be, residents shouldn’t get “too proud,” noting “there is always room for improvement. As important as it is to learn about and celebrate our history and the advancements we’ve made, there is plenty of work still to be done.” He suggests one way to do this is by strengthening the bond “between you and your circle of family and friends” to generate a stronger army of supporters.

Monastero concurs. “We need the effective engagement of more straight or heterosexual involvement in our causes. With support from more non-LGBT people, we can go so much farther and faster.”

Common Pleas Court Judge Dan Anders agrees, saying, “It is important to recognize that we are all agents of change. Whether it is coming out to coworkers or lobbying for civil-rights legislation, we can each do our part to eliminate discrimination from our society.”

Nevertheless, shame remains an issue in our community. Hermance advocates coming out. Jacobs says that shame is “an internal battle” and that folks should seek support. And author Drake urges folks to “demand dignity and respect.” He insists, “We are not separate from the mainstream: We are the mainstream.”

“The best way to combat shame is to not allow someone to shame you,” says Carson. “Empower[ing] those within our community [gives] us power over how we allow those things to affect us.”

Tiona McClodden, director of the documentary “black./womyn.” believes the same and that discrimination should be dealt with “through education and dignified reactions to those who oppose who we are” to reduce negative stereotypes. She uses her work to “shed some light on [LGBT] experiences.”

Nobuhle battles shame with pride, “by examining, honoring and sustaining the efforts of those who stood before us and those who will stand after,” she says.

Kage has another idea. He recommends that people participate in Pride events. “It can lift everyone’s spirit and inspire confidence and pleasure.”

And many of the interviewees will be attending this year’s celebration. Izzo is having a party and invites everyone to come. Jacobs and Anders will be marching in the parade, which Sortman will be judging.

While DJ Robert Drake didn’t specify how he will spend Sunday, he shares this thought, “Every day is Pride Day — as long as you’re proud of yourself.”