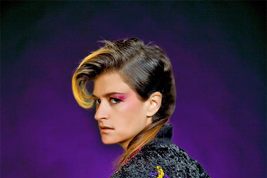 Forbidden Broadway’s Greatest Hits The Walnut Street Theatre presents a tribute to the big shows and bigger legends in this hilarious, loving and endlessly entertaining revue, through June 28 at Independence Studio on 3, 825 Walnut St.; (215) 574-3550.

The Little Dog Laughed The Tony-nominated satire about a gay actor and his agent’s efforts to keep him closeted makes its Philadelphia premiere, through May 30 at Second Stage at the Adrienne, 2030 Sansom St.; (215) 665-9720.

A Stone Carver New City Stage presents a newly revised version of William Mastrosimone’s first play, about a 1970s Italian-American patriarch who must move out of the Trenton home he built with his own hands to make room for a new highway, through May 24 at Walnut Street Theatre’s Studio 5, 825 Walnut St.; (215) 574-3550.

Hooray for Hollywood! Peter Nero and the Philly Pops present a special multi-media event to honor the captivating music that has the uncanny ability to transport us to another place and time, through May 17 at Kimmel’s Verizon Hall, 260 S. Broad St.; (215) 790-5847.

Show Some Love AxD Gallery presents an exhibition of the winners of the American Institute of Graphic Artists Philadelphia Design Awards, through May 30, 265 S. 10th St.; (215) 627-6250.