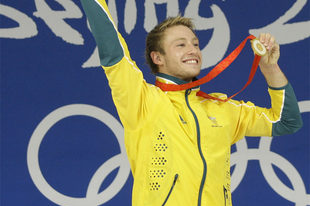 A protest in the United Kingdom by an antigay church on Feb. 20 failed to materialize when only one demonstrator turned up.

Fred Phelps and his daughter Shirley Phelps-Roper, from the Kansas-based Westboro Baptist Church, were banned from entering the U.K. to protest at Queen Mary’s College in Basingstoke over the staging of “The Laramie Project,” a play about the murder of Matthew Shepard.

According to a border agency spokesperson, Phelps and his daughter are not allowed to enter the country because their “extremist” hate is considered dangerous.

“Both these individuals have engaged in unacceptable behavior by inciting hatred against a number of communities,” the spokesperson said. “The government has made it clear it opposes extremism in all its forms. We will continue to stop those who want to spread extremism, hatred and violent messages in our communities from coming to our country.”

Play supporter Blake West was among about 50 students who protested against Westboro church outside the college.

“They are doing something completely ridiculous, which has very flawed and inaccurate foundations,” he said. “I am just standing up for my own sexual orientation. Their views will not be tolerated and all of us have proved that here tonight.”

Only one protester arrived and was heckled away by counter-demonstrators.

Phelps-Roper had said the decision to ban her and her father from entering the U.K. would “bring great wrath upon your heads.” She also warned that other members of the church, who are not as well-known to the authorities, would be trying to get into the U.K. to protest, but that failed to happen.

Novelist Margaret Atwood is questioning her decision to pull out of a Dubai literary festival for its supposed banning of a novel with a gay character, saying she may have acted without knowing all the facts.

The author of “The Handmaid’s Tale” said she had announced in the week leading up to the Emirates Airline International Festival of Literature in Dubai, scheduled for Feb. 26-March 1, that British author Geraldine Bedell claimed her novel “The Gulf Between Us” had been “banned” and “censored” for containing a gay character.

Atwood said she got the impression from media reports that Bedell’s book had been scheduled to launch at the Dubai festival and the launch had then been cancelled, and the book had been banned throughout the Gulf States.

She said she also understood Bedell had been prohibited from attending the festival and traveling in Dubai.

“This was a case for Anti-Censorship Woman!” Atwood wrote in a column for The Guardian Feb. 21. “I nipped into the nearest phone booth, hopped into my cape and coiled my magic lasso and swiftly cancelled my own appearance.”

Now it seems as though the controversy may have been a publicity stunt.

Atwood said when she spoke with the festival’s director, Isobel Abulhoul, she was told Bedell’s book was not scheduled to launch at the festival and thus no launch had been cancelled.

Abulhoul said Bedell’s publisher, Penguin, had asked for the launch and she had commented that this was a little-known writer who would not ordinarily be accorded that kind of slot. But she asked to see the manuscript and on the basis of that, she passed.

“This happens every day at every festival in the world. Publishers always want to launch or feature their authors and all festivals pick and choose,” Atwood wrote. “Usually, however … they don’t give the real reasons for their rejections.”

Atwood is now hoping to take part in the festival via video link-up.

A spokesperson for the festival said Feb. 23 that, “technology permitting,” Atwood would be taking part in a debate on censorship on Feb. 28, which will explore cultural preconceptions about the acceptable limits of freedom of expression.

Legislation that would have made homosexuality a criminal offense in Burundi has been overwhelmingly defeated in the central African nation’s Senate.

The Senate stripped out the criminalization of homosexuality, maintaining other provisions to the sweeping reform of the country’s legal system.

The Senate left intact the abolition of the death penalty and new legislation on genocide. The bill also protects women and children from all forms of violence, especially sexual violence.

The revised legislation now returns to the lower house for final approval.

Burundi is struggling to emerge from a civil war that has resulted in more than 300,000 deaths since 1993. The provisions on genocide and the abolition of the death penalty are considered part of the healing process but, increasingly, hardliners have blamed many of the country’s problems on gays.

The antigay provision in the original bill had the backing of President Pierre Nkurunziza.

Prior to the Senate vote, Human Rights Watch wrote to Nkurunziza and members of the Senate, statng that outlawing homosexuality “violates basic human rights.”

Michel Sidibe, executive director of the Joint UN Program on HIV/AIDS, praised the Senate exclusion of the provision on homosexuality.

“By rejecting this amendment, senators in Burundi have protected the human rights of their people,” he said, adding the provision would have blocked access to treatment for people living with HIV/AIDS.

HIV/AIDS rates up in Asian gays

International health officials announced Feb. 20 that the AIDS virus is spreading rapidly among gay and bisexual men in Asia as younger people shun condoms and authorities fail to increase awareness of the disease.

Massimo Ghidinelli, the World Health Organization’s regional adviser on HIV/AIDS, warned that the epidemic will worsen dramatically in coming years unless there is better education and stronger political efforts to combat the disease.

His comments came at a news conference after a seminar in Hong Kong at which regional AIDS experts discussed the growing trend.

Asia is believed to have the world’s largest number of men who have sex with other men, with a preliminary estimate of 10 million, according to the WHO.

While describing the figure as “extraordinarily high,” Ghidinelli said it still appeared to be conservative because of the stigmatization of male-to-male sex.

The WHO said fragmentary information from the region indicated a rapid spread of HIV among gay and bisexual men, but that full data wasn’t available.

Ghidinelli said low condom use among younger men in male-to-male relationships was fueling the transmission of HIV.

Ghidinelli said the AIDS experts agreed at the conference to set up a regional task force to collect information on male-to-male transmission and to strengthen measures to fight the disease.

HIV rates up in Swazi women

An estimated 42 percent of pregnant women in Swaziland are infected with the virus that causes AIDS, a jump of 3 percent over last year, according to a government report released Feb. 20.

The small southern African nation has the highest AIDS rate in the world, and average life expectancy is just 37 years as a result. The report said the increase in 2008 was partly because more women were taking life-prolonging antiretroviral medication.

An estimated 185,000 of Swaziland’s 1 million people are HIV positive, and about 30,000 are currently receiving antiretroviral medications.

AIDS activists blame King Mswati III for doing too little to spread prevention messages and promote condom usage and HIV testing, and they say he sets a bad example by having 13 wives.

The king, Africa’s last absolute monarch, is widely revered. But he attracted widespread criticism last year for lavish celebrations to mark his 40th birthday and Swaziland’s 40th anniversary of independence from Britain at a time when the health sector was crumbling under the burden of AIDS.

Gay Olympic gold medalist Matthew Mitcham was named on Feb. 19 to be one of his country’s ambassadors for men’s health. The Australian diver, who won the 10-meter platform competition at the 2008 Summer Olympics in Beijing, will be an advocate for the country’s policy on men’s health.

Mitcham replaces one of the first men’s health ambassadors, Fatherhood Foundation president Warwick Marsh, who was ousted for writing that homosexuality is a “gender disorientation pathology” stemming from sexual abuse and personality disorders.

Health Minister Nicola Roxon described Mitcham as a “courageous man,” citing his struggle with depression and anxiety, after which he claimed Olympic gold.