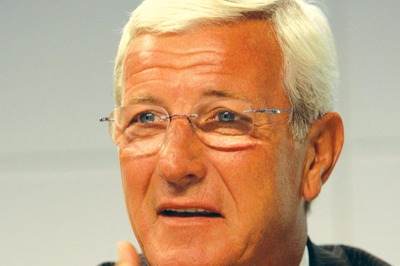 A religion teacher who was fired from her job because she is a lesbian has filed a lawsuit against the Chilean state and justice system.

Sandra Cecilia Pavez filed the lawsuit in the Inter-American Human Rights Court on Jan. 8, over a year after she lost her teaching post. She appeared with her lawyer, Alfredo Morgado, who is also the president of the Movement for Homosexual Integration and Liberation (MOVILH).

Pavez had taught at a public school in San Bernardo for 23 years. She lost her position in 2007 after admitting to church authorities she was a lesbian, resulting in her teaching certificate being taken away.

She has twice previously attempted to file lawsuits, one before a local court and another before Chile’s Supreme Court, but both attempts were unsuccessful.

“If there is no guarantee of my rights as a citizen in this country then what kind of citizen am I?” Pavez posed. “A third or second-class citizen? Maybe I don’t even have a category in my country.”

MOVILH has claimed there is discrimination against sexual minorities in Chile, despite that these minorities comprise 10 percent of the country’s population, according to the group.

Switzerland to pay for surgery

The European Court of Human Rights has ruled that a 72-year-old transsexual will be reimbursed after her country’s health insurance refused to pay for her gender-reassignment treatment.

Nadine Sclumpf, from Switzerland, was awarded $19,800.

The court ruled that her human rights had been violated when Switzerland’s Federal Insurance Court dropped her case against medical-insurance company SWICA for not paying for her treatment.

Sclumpf was known as Max until she had gender-reassignment surgery in 2004. She waited until her wife had died of cancer in 2002 and her children had grown up before proceeding with the treatment.

SWICA medical insurance had initially refused to reimburse the cost of the treatment because Sclumpf had the operation before the end of the two-year observation period set by the high court in 1988.

The manager of Italy’s national football team has said he does not think there are any gay professional footballers, but a gay man would not be excluded from playing.

Marcello Lippi’s comments are significant, since in December, a third-division player-turned-rent boy claimed he is paid $1,900 for his services by Italy stars.

“I have about 30 clients who are footballers and I would say that a dozen are Series A and national team players,” the man, identified only as “Victory,” said in a TV interview. “Several times I have been asked to take part in group-sex sessions. They all know I am a footballer as well, but they like me because I am discreet. A lot of them are bisexual, they are married or have girlfriends. They have a respectable image but none of them will ever admit to being gay, not for the time being anyway.”

“I don’t think there are any gay players, or at least in 40 years of my career I have never met any,” Lippi said in a recent podcast. “It could well be that there are a few with these tendencies, but they don’t go around telling people about it. Considering the way football players are, it really would be a complicated condition to deal with in the locker room.”

Lippi said that under his leadership, nobody would be excluded from the national team because of sexual preference.

“If someone came to me and confessed they were gay, I would advise them to not let any of that affect them, just concentrate on their profession and feel free to do what they want in their private lives,” he said.

In October, a British former professional football player told a forum on homophobia that he knows of a dozen gay men at the top of the game.

Paul Elliott, who played for Celtic, Chelsea and Aston Villa during his 12-year career, was speaking at “Homophobia: Football’s Final Taboo,” hosted by the Football Association at its central London headquarters.

Elliott, who now works as an adviser to the Equality and Human Rights Commission, said gay players do not come out because they fear the reaction of fans.

An Orthodox Christian group in the Netherlands has lost government financial backing over claims its members try to “cure” homosexuality.

The government makes grants totaling $595,800 a year to Christian groups that promote the interests of homosexual people.

Orthodox group Onze Weg (Our Way) claimed to do this and received a subsidy of $66,000 in September.

Members of Parliament Boris van der Ham and Anouchka van Miltenburg started asking questions after an article in Revu Weekly made claims that groups such as Our Way deliberately set out to encourage gay people to “become” heterosexual.

Dutch Education and Culture Minister Ronald Plasterk had previously defended the funding of these groups, but was forced to ask Our Way for an explanation following the allegations.

“Our subsidy is intended to promote an open discussion of homosexuality among orthodox Christians,” Our Way responded in a letter. “It is out of the question that we support clubs that advocate helping people to get rid of their homosexual feelings.”

On Jan. 8, Plasterk announced in Parliament that the group will not receive funding from the government.

The city of Amsterdam has failed to win in any category in a large-scale survey of the favorite venues of Dutch gays.

GaySite.nl polled 27,500 of its readers over the past year.

Gay venues in Amsterdam, historically viewed as one of the best gay destinations in the world, failed to come first in any category. Even the city’s famous Pride event lost out in the Gay Party category to a club night in Utrecht.

A spate of well-publicized homophobic attacks in Amsterdam has tarnished its reputation in recent years.

In August, Dutch Minister for Education and Culture Ronald Plasterk attended Amsterdam Pride for the first time. He said his presence would focus attention on homophobia in Holland.

“Antigay violence, though it never disappeared, is flaring,” he said. “In some urban neighborhoods, it’s to do with youths from an Islamic background who are encouraged by the notion that homosexuality is morally repugnant. This is extremely worrying. When I talk about this at schools, it is shocking to hear how some young people think and talk about this. So a lot remains to be done. And not only at urban schools: ‘Queer-bashing’ is something all kinds of youth do after drinking all around the country.”

Violence against trans people up

A leading human-rights group has called the murder of a trans activist in Honduras part of a series of violent attacks on the community.

New York-based Human Rights Watch called on the authorities in the Central American nation to fully investigate the murder of Cynthia Nicole, who was killed in a drive-by shooting in Comayaguela, a town just outside Honduran capital Tegucigalpa.

Activists claim her murder on Jan. 9 was the latest attack on the trans community.

Transgender activists claim police and the judiciary have not taken effective steps to find those responsible.

As a leader in Colectivo Violeta, an organization working to defend the rights and health of trans people, Nicole advocated for transgender sex workers in Tegucigalpa. She provided information about HIV/AIDS and human rights, and represented her community at various national conferences.

“The transgender community is terrified,” said Indyra Mendoza, director of the Honduran lesbian and feminist group Cattrachas. “But these attacks will not silence the community in Honduras, and we will continue to work to ensure that the rights of transgender people are recognized and protected.”

The British gay equality organization Stonewall has said that a video showing Prince Harry calling fellow soldiers “queer” is an insult to lesbians and gays serving in Afghanistan and Iraq.

The News of the World has released a video that shows Harry questioning whether a fellow officer is feeling “gay” or “a bit queer on the side” following an exhausting task.

He is also heard calling a fellow officer from the Pakistani army “our little Paki friend.”

Ben Summerskill, chief executive of Stonewall, drew attention to the damaging effect that Prince Harry’s derogatory comments can have in the long run.

“It’s conspicuous that Prince Harry has expressed regret for his racist remarks, but not yet for his homophobic ones,” he said. “Working as Stonewall now does with staff of all three armed services, we know that this sort of low-level insult does have an impact on operational effectiveness. We trust that the prince will act very swiftly to offer an appropriate apology, in particular to those lesbian and gay personnel currently on active duty in Iraq and Afghanistan.”

The prince, who is third in line to the throne, made the comments in a video originally filmed in 2006, while he was training as an officer at the Sandhurst military academy.

The Army has said that no formal disciplinary action will be taken.

When questioned about Harry’s “gay” remarks, the Ministry of Defense refused to comment, but reiterated its original statement:

“Neither the Army nor the Armed Forces tolerates inappropriate behavior in any shape or form. This specific case will be dealt with in line with normal Army procedures.”

The Equality and Human Rights Commission has announced that it is demanding a formal inquiry into Harry’s behavior.