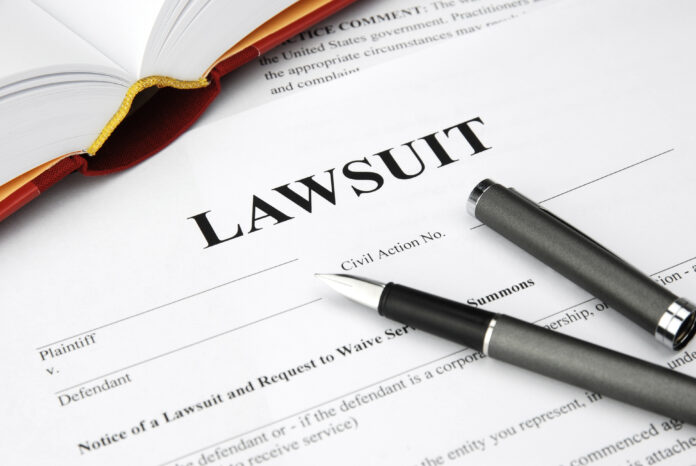 Attorneys for a man who allegedly was raped by his Archdiocese of Philadelphia school teacher 40 years ago are trying to use New Jersey’s more liberal statute-of-limitations law to gain justice for him.

“John Doe,” 55, claims he was orally and anally raped by his teacher William McKenzie when he was a student at Our Lady of Lourdes School in Overbrook Park.  The alleged abuse took place in the late 1970s.

Last year, Doe filed suit against the Archdiocese of Philadelphia, seeking monetary damages for the alleged abuse. Under restrictive statute-of-limitations law in Pennsylvania, the time for Doe to file a claim had expired. However, Doe claims that much of his alleged abuse at the hands of McKenzie occurred in Brigantine, N.J.

Doe’s also hoping the court will allow him to seek records from the Archdiocese, so he can determine whether the Archdiocese owned the facility in Brigantine where McKenzie allegedly transported him and sexually assaulted him. Such information could help establish a firmer connection between the Archdiocese and relevant laws of New Jersey. Doe doesn’t recall the exact address, according to court papers.

Doe’s legal saga began in November 2021, when he filed a civil suit in Atlantic County, New Jersey, Superior Court. At the insistence of the Archdiocese, the case was transferred to New Jersey’s federal court. Archdiocese attorneys continued to argue that New Jersey courts don’t have jurisdiction because the Archdiocese is based in Philadelphia. In August 2022, U.S. District Judge Christine P. O’Hearn transferred the case to federal court based in Philadelphia, where it’s being litigated before U.S. District Judge Joel H. Slomsky.

Doe’s lawsuit calls out the Archdiocese for allegedly enabling hundreds of pedophile priests and lay teachers to commit wrongdoing. “[The Archdiocese] employed strategies, including sham investigations, failing to interview witnesses, failing to inform parishioners of allegations, refusing to notify law enforcement, destroying record evidence of misconduct, and failing to enforce limitations supposedly imposed on priests diagnosed as pedophiles,” the lawsuit states. “As a result of [the Archdiocese’s] negligent, careless, reckless, and intentional acts and omissions, countless children, including John Doe, were sexually abused by depraved predators and molesters, who exploited their positions and defiled innocent children.”

On Sept. 8, Slomsky ordered the Archdiocese to answer the allegations in Doe’s lawsuit. In its answer, the Archdiocese denied any wrongdoing and once again called for the case’s dismissal on the basis that it’s time-barred.

“Throughout his life since the abuse, John Doe has struggled with substance abuse of drugs and alcohol, suppression of memories, confusion over his sexuality, inability to maintain healthy relationships, and symptoms of post-traumatic stress disorder,” Doe’s lawsuit asserts. “As a result of these problems John Doe has suffered extreme difficulty in interpersonal relationships, among other problems.”

Justin F. Robinette, a local civil-rights attorney, said Doe has an uphill battle. “If the case could be litigated in New Jersey, that would make it much easier for Doe to avail himself of that state’s statute-of-limitation rules. When a perpetrator leaves Philadelphia for the purpose of taking his victim to the Jersey Shore, and abuses his victim there, then the laws of New Jersey should apply. However, now Doe is in the predicament of having his case [forcibly] transferred from New Jersey to Pennsylvania but still wanting to rely on New Jersey’s statute-of-limitation rules. This makes it more of an uphill battle. But we’ll just have to see how Judge Slomsky rules.”

Robinette said Doe deserves his day in court. “If it’s a favorable ruling for Doe, this would set a precedent for other survivors in Pennsylvania as well as other states which are in desperate need of statute-of-limitations reform,” Robinette added. “It could open the door for other lawsuits to be filed against the Archdiocese and other entities — for child sexual abuse that otherwise would be time-barred. Frankly, I’d like to see that happen — at least until Pennsylvania reforms its statute-of-limitations laws. Even if Doe loses his case, it’s still very important that he has spoken out publicly about being a survivor of child sexual abuse — as well as a male survivor — because his visibility will make it easier for other victims of child sexual abuse and other male survivors of assault to come forward in the future.”

The Archdiocese had no comment for this story. “We do not comment on pending litigation matters,” said Kenneth A. Gavin, a spokesperson for the Archdiocese.

M. Stewart Ryan, an attorney for Doe, said Doe is determined to obtain justice. “Our client like many other sexual abuse survivors wants to see accountability from the Archdiocese of Philadelphia,” Ryan said, in an email. “The change of law in New Jersey afforded him that opportunity. So he took it. And he’s not going to stop in his fight to get accountability from the Archdiocese. It’s very difficult to be a survivor of childhood sexual abuse. The legal landscape can make being an abuse survivor even more difficult. But our client remains optimistic that he’ll get his day in court.”

McKenzie, the teacher who allegedly abused Doe, isn’t being sued by Doe. The legal papers don’t specify his whereabouts and he couldn’t be reached for comment.