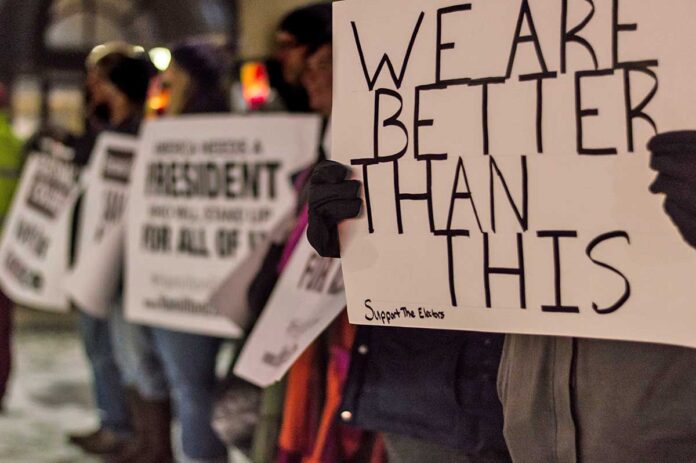 The former guy has sent Twitter troll Ric Grenell of Log Cabin Republicans as his “envoy ambassador” to Kosovo. This appears to violate the Logan Act, which bars private citizens from freelancing in foreign relations. 45, of course, insists he is the legitimate president. The GOP is aiding him with efforts across the nation to suppress votes and nullify results they don’t like.

The federal grand jury indictment of Trumpster Steve Bannon last week was encouraging news. The wheels of justice continue turning; but Trump’s criminality and lies, bad as they are, are not the main problem. Demented people declaim on street corners all the time without imperiling the republic. Trump, by contrast, got 74 million votes after four years of showing his unfitness for office, then he attempted to overthrow the government.

There is no use explaining to people at this late date that Trump is pathologically self-centered. The problem is not that his supporters don’t know who and what he is, but that he represents them all too well. They are equally self-centered, and they delude themselves into thinking they are true Christians. Especially when they forget the adage “love thy neighbor.”

Among the finest people I have ever encountered were three men in a Soweto shantytown who offered me sorghum beer when I was visiting South Africa. They had virtually nothing, yet they were eager to share. This was my experience of Ubuntu.

The evangelical Christians who support Trump do not embrace the Ubuntu philosophy. Those men in the shantytown readily treated my companions and me as neighbors exactly as Christ taught in the Gospel. The Trumpengelicals are looking for people to fear and condemn. They would call Ubuntu socialism. The fact that conservative states tend to be net takers from the federal treasury — while liberal states are net contributors — does not trouble them. Only other people are undeserving.

But while many of Trump’s followers may be hypocrites, the personality at the center of the cult is not. He is something worse: a sociopath. He is the high priest of viciousness, and his guiding light — if one can even call it that — serves only to illuminate himself while everyone else stumbles through the dark.

As a liberal, I always disagreed with Log Cabin Republicans’ conservative principles, but at least they had them. Like so many others, they have sold out to Trump’s toxic populism drenched in racial grievance. Earlier this month they held their Spirit of Lincoln dinner at Mar-a-Lago and honored Melania Trump, releasing a cringeworthy video stating their love for her and her husband. Their sycophancy is a red carpet for fascism.

Unleashed by their Glorious Leader, Republicans call for the burning of books that deal with race or sexuality; threaten assassination of Democrats; and call the Equality Act a “war on women” (because transphobia). A Texas school district said teachers who use a book on the Holocaust must also provide a book with an opposing perspective.

This is not the traditional defense of smaller government and free markets. It is the sowing of social disintegration to prepare for an authoritarian takeover. Democrats, meanwhile, do not even bring a knife to a gunfight — they bring an explanation.

We can hope, I suppose, to be saved by Republican infighting, like the threats against Republican House members who voted for the infrastructure bill, or the outrage by Marjorie Taylor Greene at RNC chair Ronna McDaniel’s announcement of a “Pride Coalition” with Log Cabin. But this idling is reminiscent of Germans who failed to take the threat of Hitler seriously until it was too late. Some cry foul at Hitler comparisons. Would it be better if I said Trump reminds me of Mussolini?

“You in danger, girl,” as Whoopie Goldberg said in “Ghost.” Saner, wiser voices are drowned out by screams from people bamboozled by oligarchs who drive social wedges to redistribute income upward and decry the suggestion that the government should be able to negotiate drug prices to keep people from being swindled.

Too many of us would rather go against our own best interests than resist an opportunity to be spiteful toward people we don’t know. It is the divide and conquer strategy that those in power have been doing since Reconstruction: using cultural wedges to turn working class Black people and working class white people against one another. Those two groups have much more in common with one another than they do with the plutocrats.

The truth is, there are people in every population group who enrich our society in innumerable ways. And we are much likelier to be killed by someone close to us than by a stranger.

The far greater threat is from those stoking intolerance. The figure at the heart of the religion Gen. Flynn wants to impose on everyone would be horrified at how he is misused. If you take offense at the lies, remember that the ancestors we honor can only breathe through us. Speak up. Act up. Fight back.

Richard J. Rosendall is a writer and activist at [email protected]