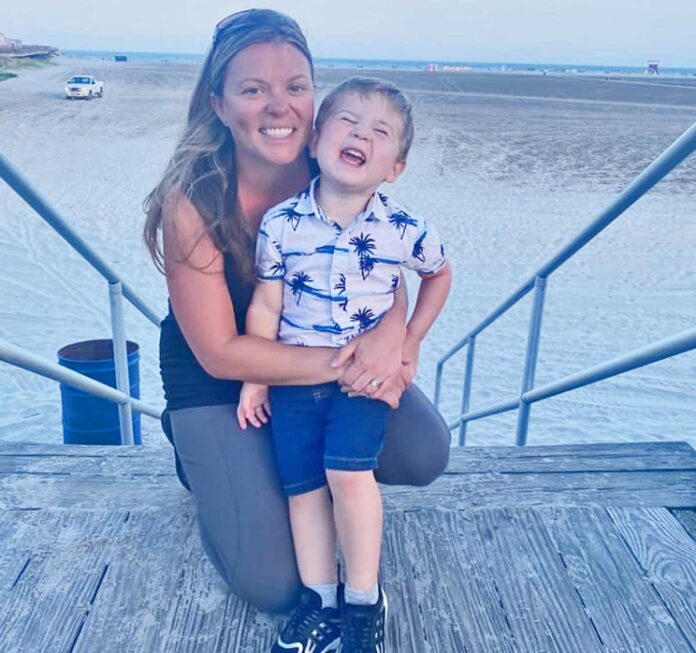 As I trek through the second trimester toward our journey of becoming parents of twins, much of my focus has been on this new phase for our family: prepping the nursery, unearthing Jackson’s baby clothes and bottles from our attic, learning all the different strategies to get twin infants on the same schedule (there are many!). But I’m trying not to lose sight of the fact that, while we’re mired in baby stress, our first baby is also going through a ton of new phases.

As of last week, Jackson is a preschooler who’s grown in immeasurable ways since the time he was in the preemie onesies we recently started unpacking. Most recently, we’ve noticed his vocabulary, and the way he uses language, has turned quite a corner — in the most hilarious ways. When Jackson started talking in earnest around 1-and-a-half, we celebrated every time he learned the name of a new object, person or place. Throughout his second year, he started stringing those concepts together into short, declarative sentences and now, at 3, he’s using language to convey his personality: inquisitive, mischievous, naive, observant and wanting to constantly learn — it all comes out in how he speaks.

Here are just a few of the things Jackson has come up with recently that have sometimes stopped us in our tracks, many times made us laugh uncontrollably and always impressed us:

The quintessential toddler question has been a mainstay in our household over the last few months. Jackson doesn’t want to just know why he can’t have a cookie or why he has to go to bed. After the recent hit by Hurricane Ida, on a walk, Jackson wanted to know why there were trees down. Then, why weren’t these other trees down? Why does it get dark at night? Why does rain happen? Why do cars have tires? That word is his automatic reaction to just about anything we say: I love you. Why? Let’s go. Why? Good job. Why? It’s almost reflexive and sometimes makes me want to jab things in my eye but I try to remind myself his (constant!) curiosity ultimately shows his eagerness for learning.

I put my trash hammer in my butt.

This was a jarring one. Jackson had been playing with a remnant of a plastic bag, pretending it was a hammer (I swear he has about 6 million toys!). I went in the other room to do some dishes and a few minutes later heard, “Mommy, I put my trash hammer in my butt!” I paused, took a few breaths, crept back in cautiously and there he was, pants-less and laughing. Sure enough, the trash hammer was nowhere to be found, and I had to perform some impromptu surgery to pull that thing out. We had a very long discussion after about why trash goes in the trashcan and not in your butt — a learning moment for both of us, as I saw firsthand the reality that, when your kids are quiet, they are really, usually, up to something.

Keyboard, like the kind that you bring in the ocean?

Jackson and I were driving the other day and listening to a phonics song about the letters that start certain words. When the singer mentioned “k is for keyboard,” Jackson’s mind automatically went to “surfboard.” It gave me a little insight into how his comprehension works at this age: He may not know one word but he can make the connection to something he does know — and thankfully, isn’t shy about asking if he’s right.

This is one of my personal favorites. While driving to the store last week, we passed a church and Jackson asked what it was. I’m by no means a religious person but did my best to explain basic concepts around God as a higher power and organized religion, with Jackson asking seemingly interested questions about who God is and what happens inside in a church. After my monologue, of which I was rather proud, I asked Jackson if he understood and he simply replied, while gazing out the window, that I looked like a booger wearing pants. So, suffice it to say, I think I lost him somewhere along the way and he found other ways to keep his mind occupied.

My butt is awesome.

It’s these simple observations that make me realize how grown-up Jackson has gotten recently. Sure, commenting on the awesomeness of one’s butt isn’t necessarily mature, but who knew he even knew the word “awesome,” or was self-aware enough to pay himself a compliment (all while in the midst of using the potty)?

Why is that man naked?

I opened the front door the other day and a neighbor across the street was mowing his lawn shirtless. Jackson was astounded that he was outside “naked”! I had to laugh at his righteous indignation; he just kept looking at our neighbor and then me: Why was I not yelling at this neighbor like I do when Jackson runs onto our deck in his birthday suit? So, at least some of the lessons I’m trying to teach him are sinking in!

Mommy plays with Jackson for work.

Jackson and I were chatting about what different people do for work the other day. I asked him what he thought I did, and I was both amused and heartened by his response. I work from home (as an editor, not a professional playtime partner) and Jackson stays home with me two days a week. Those days are filled with trips to the playground, games in the backyard and walks upon walks upon walks — interspersed with Zoom calls where I try fruitlessly to pay attention to both the screen and Jackson, harried calls with my boss and “laptop time” before Jackson’s nap where I finally let him watch a few minutes of his cartoons so I can work. I know I’m not giving Jackson my full investment on those days, and I hate that feeling, so it gave me a little encouragement (and a chuckle) that he thinks my job is to play with him.

Where do babies come from?

While driving to my mom’s last week (we have great conversations while driving), I was explaining to Jackson the differences between living in an apartment and living in a standalone house (we happened to drive past an apartment building, which set off that line of “Why” questioning). As soon as I finished my thought, he turned out of nowhere to the question that probably every parent dreads. I stammered my way through an explanation of all the reasons parents want to add a baby to their family and quickly switched gears to how Mom and I had really wanted the two babies now in my belly because we loved Jackson so much and just prayed that he had stopped paying attention — which I’m sure he had.

As exciting as it was to hear Jackson’s first words, and all those that came after, I think I love this stage of his language development even more. We’re able to see his thought process in motion, understand how he sees the world a little bit better, glean so much of the person he will one day become — all in the way he chooses to use his words. Now, let’s just hope that booger insult was a one-time thing!