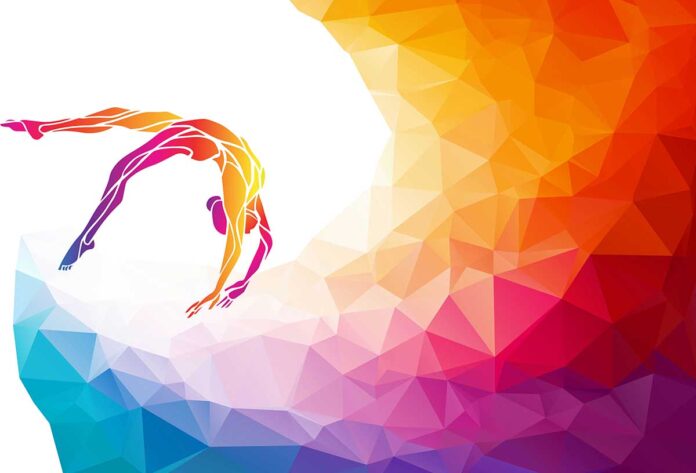 Simone Biles is the greatest gymnast in history. The Olympian who won four gold medals in 2016 does moves no other gymnast in the world does, moves so complex that scoring has yet to catch up with her. But during the Tokyo Olympics, after relentless hype about her prowess, Biles withdrew from the team final and the individual all-around competition.

Biles said, “I have to focus on my mental health and not jeopardize my health and well-being. We have to protect our body and our mind.”

On August 3, Biles returned to the competition for a final medal-winning performance on the balance beam and ended her Tokyo Olympics with silver and bronze medals. But Biles’ most compelling win in Tokyo was as a brave and compassionate global role model for mental health awareness whose declarative statements opened much-needed discourse on mental health and mental illness.

A survivor of sexual abuse by former USA Gymnastics team doctor and serial predator Larry Nassar, Biles told Health magazine in June that “For a while, I saw a psychologist once every two weeks. That helped me get in tune with myself so that I felt more comfortable and less anxious.”

But she also acknowledged that “One of the very first sessions, I didn’t talk at all. I just wouldn’t say anything. I was like, ‘I’m not crazy. I don’t need to be here.’”

Those words from Biles echo the trepidation many feel about seeking help for depression, anxiety and other mental health issues, like dealing with sexual violence like Biles did. Stigma still persists about treatment for mental illness — which made someone of Biles’ global stature being so open about the need to prioritize mental health so newsworthy.

Biles received both accolades and derision for her actions, which predictably fell into political camps. While fellow athletes and celebrities lauded Biles for her courage, conservatives were critical. Charlie Kirk, the Trumpist college campus recruiter said “We are raising a generation of weak people like Simone Biles,” calling her “a selfish sociopath.”

But as news of two more suicides among law enforcement officers tasked with protecting the Capitol on January 6 broke this week, it could not be more clear how necessary and relevant Biles’ actions are, how relevant her rallying cry to pay attention to your mental health is.

The impact and importance of what she did in speaking out cannot be overstated. Mental illness is still treated differently from other illnesses, as if the brain is somehow divorced from the body.

And Biles highlighted an issue virtually ignored as we struggle to control the pandemic and return to some semblance of normalcy. We have all had varying levels of depression, anxiety and even PTSD since the pandemic began. Mental health experts I’ve interviewed for PGN and other venues throughout the pandemic have said we have experienced a “collective trauma.” The lockdown, economic crises, isolation as well as the illness and loss of loved ones have been varying degrees of crushing for us as individuals, as communities, as a nation.

As PGN previously reported, LGBTQ people experienced disproportionate, negative impacts as a result of the COVID-19 pandemic. This included being far more likely to be unable to get necessary medical care as well as being unable to get mental health help. In addition, more than 1 in 8 of LGBTQ households lost health coverage since the pandemic began, making accessing mental health care even more difficult.

A research brief last month, authored by the What We Know Project at Cornell University, also found that LGBTQ people of color experienced “poorer mental and physical health, greater economic insecurity, and attempts to die by suicide.”

Earlier this year, I reported on the growing rates of suicidality among LGBTQ people — particularly those under 25 and over 60. The Trevor Project reports that among self-identified LGBTQ people aged 10 to 24, suicide is the second leading cause of death. And a survey from HRC found more disturbing stats on suicidality for youth as well as older LGBTQ people.

The CDC cites suicide as the fourth leading cause of death among LGBTQ people 35 to 54. Those numbers are double for women, even though more men commit suicide overall. The CDC reports women 45 to 64 have had the highest increase in suicides between 1999 and 2014.

“The pandemic has produced a petri dish of psychological factors that may lead to emotional health problems: anxiety, brain fog, depression, and PTSD,” Luana Marques, a psychologist and professor at Harvard Medical School, told National Geographic in a May article headlined: “Why ‘getting back to normal’ may actually feel terrifying.”

According to a McKinsey study, 1 in 3 workers back in the workplace said the return-to-office shift negatively impacted their mental health. Issues of autonomy and burnout were paramount. The flexibility of working from home is now so critical to workers that a June Morning Consult poll found 39% would consider quitting if their employers weren’t flexible about remote work moving forward.

The latest wave of Delta variant — the third surge in COVID cases — has mental health experts concerned for our collective well-being. A new study in the British Medical Journal stated that “previous pandemics have resulted in significant consequences for mental health.” The journal also noted that the “emotional responses of stress and fear in the face of a pandemic caused by a novel virus for which little is known are normal and expected.” But the report added, “excessive and protracted feelings of stress and powerlessness may have significant impact on individuals’ mental health.”

Those mental health impacts could be “profound and far-reaching.” Which makes self-care not “sociopathic,” as Kirk would have his followers believe, but as essential as seeking treatment for an open head wound.

As Biles said, “I thought I could figure it out on my own, but that’s sometimes not the case. And that’s not something you should feel guilty or ashamed of.” She added. “I actually enjoyed it and looked forward to going to therapy. It’s a safe space.”

We need to shift the narrative on mental illness. Biles opened a door. Now all that we need to do is walk through it.

If you or someone you know may be struggling with self-harm or suicidal thoughts, call the U.S. National Suicide Prevention Lifeline at 800-273-TALK (8255) 24/7, or chat online. Crisis Text Line also provides free, 24/7, confidential support via text message to people in crisis when they text “HOME” to 741741.