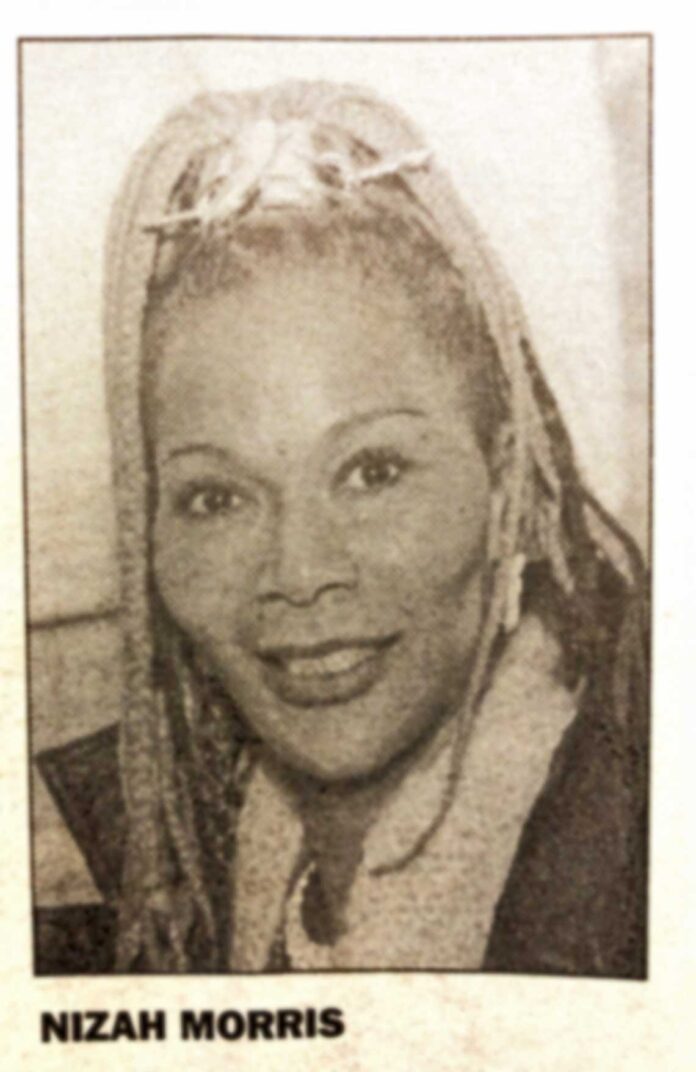 In a one-page ruling this week, a Philadelphia judge denied PGN’s request for additional records in the Nizah Morris case, despite a prior court order calling for transparency in the long-stalled murder case.

Morris, 47, was a trans woman of color found with a fatal head wound in December 2002 shortly after receiving a “courtesy ride” in the Gayborhood from Philadelphia police. Her homicide remains unsolved.

In March, PGN filed a motion in Philadelphia Common Pleas Court, seeking enforcement of a 2008 court order for transparency in the Morris case. PGN specifically requested about 30 witness interviews at the DA’s office that could help explain what happened to Morris.

On July 20, Common Pleas Judge Joshua H. Roberts denied PGN’s request. “The Stipulated Order does not require or compel the City of Philadelphia to seek the documents from the DAO,” Roberts wrote. “The Philadelphia District Attorney is an independently elected county official who is not covered by or subject to the Stipulated Order.”

PGN’s attorney, Andrew J. Thomson of Edelstein Law LLP, said he has numerous 911 recordings relating to the Morris incident. But White didn’t express an interest in obtaining copies from Thomson.

Thomson even offered copies of his 911 recordings to the judge, who declined the offer.

The 911 tapes provide valuable information regarding Morris’ homicide. For example, they show that Morris was struck in the head within 15 minutes of police being dispatched to investigate her for intoxication.

The tapes also show that Morris had trouble standing or walking without assistance, prior to the courtesy ride. Her impaired condition as reported by a 911 caller directly contradicts the police version of events that Morris could navigate on her own and that the courtesy ride went smoothly.

Additionally, the tapes provide details about the position of Morris’ body after she was struck and the movement of her rib cage as she clung to life. A 911 caller said he could see that Morris was alive and breathing — which calls into question why police placed Morris’ jacket over her face at the post-injury scene.

Thomson emphasized to the judge that the police department’s Morris homicide file isn’t complete. He said the police file would benefit by the inclusion of the DA’s interviews. If those 30 interviews were included in the police file, PGN would have access to them as well, Thomson noted.

PGN subpoenaed DA Larry Krasner to appear at the July 19 hearing. But Roberts ruled that Krasner didn’t have to appear. Instead, Assistant DA Benjamin T. Jackal testified on behalf of the DA’s office.

Jackal testified that the Police Advisory Commission wasn’t provided with copies of the DA’s interviews. According to Jackal, PAC members simply reviewed the materials at the DA’s office but didn’t obtain photocopies.

But according to the PAC’s 2013 Morris report, the agency did obtain photocopies of the DA’s interviews. Those materials are inaccessible to the public due to a nondisclosure agreement between the DA’s office and PAC.

In closing arguments July 19, Thomson urged the judge to order city officials to ask Krasner for copies of the 30 interviews. Thomson noted that Krasner has publicly indicated support for transparency in the Morris case. But Walsh, the city attorney, emphasized the city’s position that the DA’s records don’t fall under the purview of the 2008 court order.

After the hearing, Thomson issued this statement: “At the July 19 hearing, a testifying assistant district attorney would not even confirm that the office is investigating Nizah’s murder. He didn’t need to since we know that they’re not investigating it. The PPD stated on the record that it is continuing to investigate the murder. But the investigative file does not contain 911 tapes that we know exist, nor does it contain the 30-odd interviews that we sought through the Court in filing this motion. The DA has repeated his claims that he wants the truth to come out about who killed Nizah Morris to PGN and Liberty City and other groups who seek the truth. It’s easy to speculate that the interviews that he won’t share — even with the Philadelphia Police Department — will show the public that the DAO chose not to charge a culpable individual. The shame of it is that he and his office will proclaim that they are fully transparent, when they’re still carrying the water for those who chose to bury the truth almost 20 years ago. Sadly, the DAO can shield himself using the laws of the Commonwealth while two-facedly claiming he wants to inform the public. The highest consequence here is a destruction of the truth. But the long history of PGN’s fight for the truth shows that truth is not a priority for city officials when it comes to justice for Nizah Morris.”

A spokesperson for the Kenney administration didn’t immediately respond to an email seeking comment.