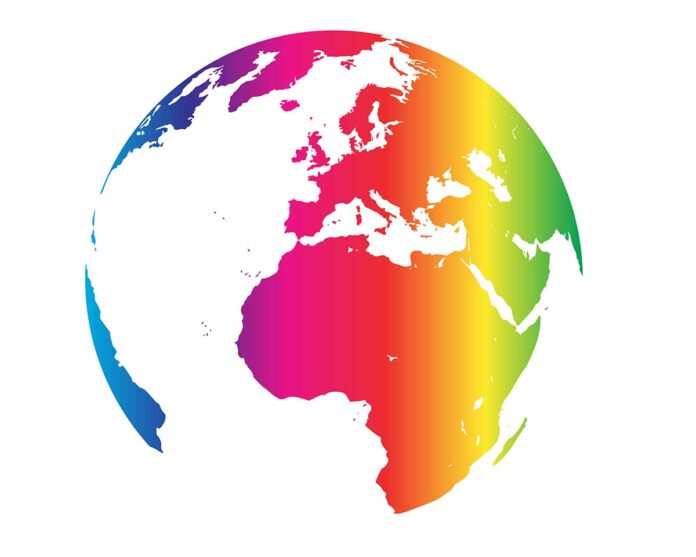 LGBT+ people flooded the streets of Barcelona, Madrid and other Spanish cities on the night of July 5 to protest the hate crime killing of a gay man. They chanted slogans and waved placards and rainbow flags.

According to state TV network RTVE, the victim, referred to only by his first name, Samuel, was a 24-year-old nursing assistant. He was beaten by several men near a gay club in the early hours of July 4 in the town of A Coruna in northern Spain. The group of men also shouted homophobic slurs. Samuel died at the hospital.

Jose Minones, a local government representative in the region where A Coruna is located, tweeted that the police were working to find out what happened and to bring the perpetrators to justice.

“The response to the wave of LGBT-phobic hatred that ended the life of Samuel in A Coruna is overwhelming,” the left-wing Podemos party that governs in coalition with the ruling Socialists wrote on Twitter.

According to Spain’s Interior Ministry, 278 hate crimes related to sexual orientation or gender identity were reported in Spain in 2019, an 8.6% increase over the previous year. But the European Union Agency for Fundamental Rights notes only a small number of hate crimes are reported to the police.

After an attack on Pride march offices in the small country of Georgia, which borders Turkey, an LGBT+ activist told local media, “I’m happy to be alive.”

An investigation is being conducted into violence against LGBT+ activists and journalists, after protesters stormed offices on July 4 in advance of a planned Pride march in the capital of Tbilisi.

The “March for Dignity” Pride event was cancelled after violent protesters stormed and ransacked the event organizers offices.

On July 1, activists began five days of LGBT+ Pride celebrations. The march was scheduled for July 5 in central Tbilisi. There was mounting public outrage over the planned march from church leaders and conservatives who said the event had no place in Georgia.

Georgia’s Interior Ministry said in a statement that activists had been warned ahead of the march that there could be violence and urged people not to participate in the event “due to the scale of counter-protests planned by the opposing groups.”

The Ministry also said it “condemns actions motivated by violence, including any form of violence against media representatives. We call on citizens gathered in the streets of the capital to observe law and order, adhere to the rightful requests of the police and protest any issue within the frames of the law,” the statement said.

The Ministry said that it had launched an investigation into the destruction of property carried out at the offices of two LGBT+ groups, “Shame Movement” and “Tbilisi Pride.”

The Ministry also launched a separate investigation into the violence against media reporting positively on the LGBT+ activists and the “illegal interference in their professional activities.”

The Director of Tbilisi Pride, Giorgi Tabagari, told CNN in a statement that his team had to evacuate to different locations on six different occasions on July 5 due to violent threats, adding that on several occasions he feared for his life.

“I faced three major incidents.. where I could have died. The experiences that we’ve had have been beyond crazy… I’m happy I’m alive,” Tabagari said. “We had a complete failure of the state today.”

Video footage posted by LGBT+ activists showed anti-LGBT protesters climbing up the organizers building to reach the balcony where they tore down rainbow flags and were seen entering the office of Tbilisi Pride.

Other footage showed a journalist with a bloodied mouth and nose and a man on a scooter driving at journalists in the street.

LGBT+ activists have condemned the violence as well as attributed blame to the country’s prime minister for using “irresponsible” language in advance of the event.

Prime Minister Irakli Garibashvili previously said he viewed the Pride march as “not reasonable” and that it would risk “civil confrontation,” according to reporting by local media outlet Civil Georgia.

On July 2 a Malaysian government task force proposed amendments to Sharia law that would allow legal action against social media users for insulting Islam and “promoting the LGBT lifestyle.” Sodomy and same-sex acts are illegal under Islamic law in Muslim-majority Malaysia.

In a statement, Ahmad Marzuk Shaary, deputy minister in charge of religious affairs, said that the amendments to Sharia criminal laws were proposed in response to social media posts celebrating the LGBT community as part of Pride Month in June.

“We have found that certain parties uploaded statuses and graphics that insulted Islam on social media in their efforts to promote the LGBT lifestyle,” he said.

Malay Muslims comprise more than 60% of the Malaysian population.

Malaysia has a two-tier legal system, with Islamic criminal and family laws applicable to Muslims in addition to civil laws.

Ahmad Marzuk said the newly proposed Sharia laws would allow enforcement bodies to take action against any Muslim “who insults the religion of Islam” and commits other Sharia criminal offenses “by using network facilities, network services or application services.”

The task force includes representatives from the country’s Islamic Development Department, the Communications and Multimedia Ministry, the Attorney-General’s Office and the police.

Intolerance toward the LGBT community in Malaysia has escalated in recent years, with arrests and sentencing of gay men to jail, caning and fines for same-sex acts.