Every June is an emotional time for me.  You might think of me as the publisher of this newspaper, as a businessman, but that’s not the full story. As an 18 year old I lived in New York, was at Stonewall, and was a member of Gay Liberation Front, the organization that was born from the ashes of Stonewall. Being a part of that incredible year between Stonewall and that very first Pride is a part of me. Living it and being personally involved in both Stonewall and a Marshall for that first Pride is personal to me. So, June has a special meaning. It also underscores why this publication is more activist than most other LGBT media.

Every June I do many speaking gigs. TV shows, pride celebrations, and talks at libraries, law firms, corporations, schools and even museums.  So Pride is always front and center for me each June.

This June it’s also a little sad since we lost another of our friends from those early activism years, Kay Lahusen. In my last interview with Kay she said that “Pride was not just one day or simply marching in a Pride Parade.  We must have it each day.”

That’s an easy task for those of us who are out. I recall a newspaper column once describe me as “he’s not only out of the closet, he broke the door down.” By that he meant that I wanted to talk LGBT issues as much as possible since it has always been my belief that the more people know about us the faster equality will come. Visibility equals equality.

But to those in the closet or struggling to be a part of the community, know that we understand that you have your reasons and it’s your personal choice and no one else’s.  But there are still things you can do even if you’re not fully out. When people around you discuss LGBT issues, be positive. You don’t have to come out, but you can come out in support of those issues and those who are out. That’s political, not personal.

Much has changed in these last 52 years. That first Pride, we couldn’t get a sponsor.  Today, when you turn on TV, read a newspaper and magazine, or listen to radio… as the saying goes, we are everywhere.

June not only fills me with Pride, it brings great joy to witness what that one word has done for so many. Happy Pride! 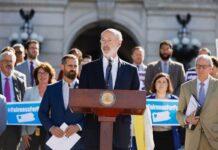 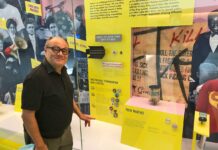 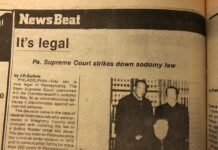