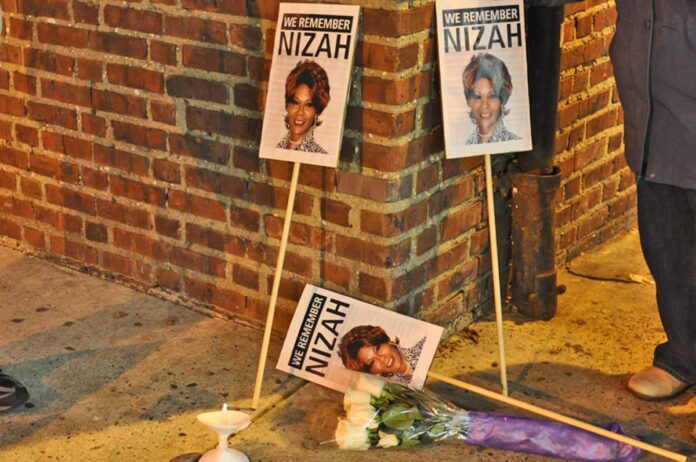 A court hearing has been scheduled for June 8 regarding PGN’s request to receive additional documents in the Nizah Morris case.

Morris, 47, was a trans woman of color and a beloved advocate in the community. In December 2002, she received a “courtesy ride” from Philadelphia police in the Gayborhood.

The ride reportedly was for the purpose of taking Morris home because she was inebriated. It occurred during the pre-dawn hours of Dec. 22, 2002, and police ostensibly thought Morris lived at 15th and Walnut. Morris actually lived three miles away in West Philadelphia. Shortly after the ride, passers-by spotted Morris lying unconscious and bleeding from the head at 16th and Walnut.

Medics transported her to Jefferson Hospital, where she died 64 hours later. Her death was declared a homicide on Dec. 25, 2002, due to blunt-force head trauma. The crime remains unsolved.

In May 2008, a Philadelphia judge signed an order for the homicide file to be reconstituted and for a copy to be given to PGN. City attorneys were supposed to gather Morris records from various agencies for placement in the reconstituted file, including the District Attorney’s Office and the Police Advisory Commission.

PGN’s efforts to obtain the withheld records directly from the DA’s Office and/or the PAC have been unavailing.

In March 2021, PGN filed a motion for enforcement of the May 2008 court order, seeking copies of the withheld records for placement in the reconstituted file. The case is assigned to Common Pleas Judge Joshua H. Roberts, who scheduled a virtual court hearing in the case for 1:30 p.m. June 8.

City attorneys maintain the PAC cannot contribute its copies of the DA’s records due to a nondisclosure agreement between the PAC and DA’s Office.

For example, Officer Elizabeth Skala, who gave Morris the courtesy ride, testified under oath to the PAC that she was with Morris for about 16 minutes. Skala’s estimate places her in the presence of Morris at the time of her fatal head injury, according to a timeline provided by 911 tapes.

Additionally, Skala and two other officers who responded to Morris — Kenneth Novak and Thomas Berry — submitted paperwork to supervisors that appears to be deceptive. All three officers didn’t complete their paperwork until visiting Morris at Jefferson Hospital and describing her solely in the context of being a “hospital case.” Thus, the officers avoided documenting the courtesy ride and subsequent assault of Morris.

None of the officers has been charged with any wrongdoing. They receive an annual salary of $78,092. Efforts by PGN to interview them over the years have been unavailing.

“The City entered into an agreement to provide these documents in the homicide file to PGN,” Thomson said, in an email. “They provided them to the PAC and now must provide them in accordance with their commitments when they settled this case. It is possible that after public dissemination of their contents, Nizah’s murderer will be held to account — something we all want. On both the letter of the law and the spirit of justice, we believe we are right. We hope the Court agrees.”