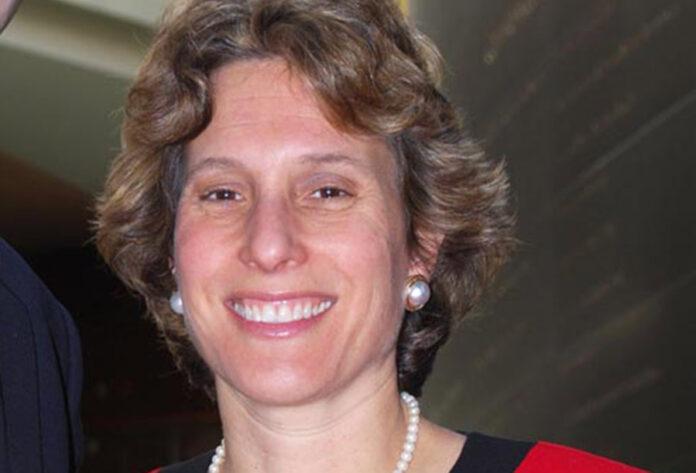 The state Supreme Court last week reinstated the law license of lesbian attorney Dawn A. Segal. She’s been suspended from practicing law in Pennsylvania for two years due to misconduct that occurred 10 years ago.

Her attorney Stuart L. Haimowitz issued this statement: “Ms. Segal and I both are gratified that the [state] Supreme Court chose to reinstate her law license. We trust the Court saw her true remorse and genuine rehabilitation.  Ms. Segal looks forward to reestablishing her legal career.”

Before her reinstatement can go into effect, Segal must pay $3,106.59 to the Pennsylvania Disciplinary Board to cover the cost of investigating her. She also must pay a $250 attorney-registration fee.

“As for her future legal plans, she can’t begin to consider her options until after she’s reinstated — which happens after she pays the costs and registration fee,” Haimowitz added. “No job offers can be made until that happens. I trust she will make a valuable contribution wherever she ends up.”

On April 13, in a 41-page report, the Disciplinary Board recommended to the state Supreme Court that Segal be reinstated. One board member, John C. Rafferty Jr., dissented from the board’s recommendation, stating that Segal’s wrongdoing was too serious for reinstatement.

On May 13, the high court accepted the board’s recommendation and ordered Segal’s reinstatement, without elaborating.

Segal, 61, was suspended from the bar in May 2019 due to misconduct that occurred in 2011-2012 while she served as a Philadelphia Municipal Court judge. As a new judge, Segal had several improper phone conversations with another judge, Joseph C. Waters Jr., about three cases pending before her.

In November 2017, the state Supreme Court permanently barred Segal from holding judicial office due to her misconduct.

Segal showed her rehabilitation through her commitment to community service, including volunteering at Women Organized Against Rape and Habitat for Humanity. She also expressed remorse for her wrongdoing on numerous occasions.

Since May 2019, Segal has been working as a paralegal at Ostroff Law Firm in Blue Bell, Pa., where she received glowing reviews by co-workers. Her employer Jonathan Ostroff praised Segal for this story.

“I’ve known Dawn Segal for almost three decades, since we were both admitted to practice law the same year,” Ostroff said, in an email. “As a mom, I know Dawn to be fiercely dedicated to her son Jake — who went to school with my son Ethen. As a lawyer, we opposed each other through the years. Dawn was a great, fair-minded advocate who worked hard and was extremely effective as a litigator. If not, she would never have been able to become a judge. I felt that Dawn was treated very unfairly with regard to her suspension and reinstatement. She fully accepted responsibility for the lapse in judgment that led to her removal from the bench. I testified as her supervising employer at her reinstatement hearing and made it clear: For the past few years, she has honored her restrictions that were imposed as a result of her suspension, she worked as hard as any employee at our firm and our clients and staff love her.”

Ostroff went on to describe Segal as “a brave woman, who has used this adversity to become an even stronger person.” He reiterated his opinion that Segal was treated unfairly and concluded: “From where I stand, I am proud to know Dawn and to call her a colleague and teammate at our firm. As her employer and colleague, I applaud her reinstatement. She deserves to be a practicing lawyer and the bar should be proud to have Dawn as a member.”

“There are certain things where there should be a level of zero tolerance,” Giampolo said, in an email. “Judicial misconduct erodes trust in America’s courts and, absent tough consequences, judges have license to behave with impunity. We live in a society where the public already doubts the integrity and honesty of the legal system and unfortunately, with good reason.”

Giampolo added: “With that said, there is a process for reinstatement of a lawyer to the bar for a reason and Ms. Segal will not be the first reinstated lawyer.  As a condition of reinstatement, a suspended lawyer is required to establish rehabilitation, fitness to practice and competence.  The most important of these requirements for the rule of law, in my opinion, is rehabilitation. And I trust/hope that Ms. Segal has successfully met this requirement.”

John W. Schmehl, a Philadelphia-based attorney, expressed agreement with Segal’s reinstatement. “This is not an area of my expertise,” Schmehl said, in an email. “But from what I read, I think the [state] Supreme Court got it right.  I am a believer in second chances. And the punishment fits the offense.”

“The reinstatement of Dawn Segal is more than encouraging in the era of cancel culture and the inability to allow for people to make mistakes and to make amends for those mistakes and to get back to the passion for justice that drives them,” Lassiter said, in an email. “Redemptive factors can win out over retribution if we allow ourselves to see each context as a teachable moment absent of a true egregious act.”