Celebrating 10 years, The Philadelphia Latino Film Festival, will virtually screen dozens of features, shorts, and documentaries May 30 to June 6. There are many LGBT films in this year’s lineup. For 2021, the festival’s Lola Award-winning titles — films designated as being “cinematic achievements” — are focused on “women and womxn stories, including but not limited to cisgender, trans, and other femmes.” Here are some highlights.

Arguably, the best film of the festival is the Brazilian entry, “Madalena,” directed and co-written by Madiano Marcheti. An end title indicates that Brazil is the country with the highest number of transgender murders in the world. The film recounts the responses of three individuals (in separate narratives) to the death of the trans title character (Chloe Milan). The first episode involves Luziane (Natália Mazarim) a friend of Madalena’s, stopping by her house, wondering where she is. The second section of the film has Cristiano (Rafael de Bona), discovering Madalena’s body in the soy fields he manages for his wealthy family. The third segment has Bianca (Pâmella Yulle), a transwoman, cleaning out Madalena’s home with her friends, and sharing stories about the deceased. (One is quite amusing). Marcheti films this drama in an unhurried manner that lets viewers absorb the rhythm of the characters’ lives as they grapple with Madalena’s murder. (Significantly, the crime is never seen, discussed, or solved). The performances are so natural that watching “Madalena” feels like eavesdropping on the characters’ lives. But it is the film’s wistful tone that makes this drama resonate.

“Forgotten Roads” is a poignant drama from Chile about Claudina (Rosa Ramírez), a widow who moves in with her daughter Alejandra (Gabriela Arancibia) after her husband dies. When Claudina hears Alejandra’s neighbor, Elsa (Romana Satt) singing, she investigates and befriends her. When Claudina confesses to loving another woman when she was a teenager in high school, Elsa kisses her and awakens her spirits, much to Alejandra’s chagrin. “Forgotten Roads” traces Claudina’s liberation, which includes learning to drive — Elsa teaches her — and going to a gay club, “El Porvenir,” run by Facundo (Raúl Lopen Leiton). But can her happiness last? “Forgotten Roads” is a simple, but charming film, full of lovely scenes, such as Elsa and Claudina dancing, as well as strange moments — there are regular UFO sightings — but this mix of realism and fantasy, which starts out slow, is quite enchanting.

“Nudo Mixteco” is a potent drama set mainly in the small Mexican village of San Mateo. Maria (Sonia Couoh) is returning home to attend the funeral for her mother. Her father (Sabel Sánchez Sánchez), from whom she is estranged, does not welcome her with open arms. In fact, he sends her away from a ceremony when she arrives. However, Piedad (Eileen Yañez), embraces Maria; they are former lovers. Rekindling their passions, Maria implores Piedad to leave with her. The lesbian storyline forms only a third of this superb film’s triptych that creates an authentic portrait of lives that are caught between family, tradition, and desire. The other two overlapping tales concern Esteban (Noé Hernández) who returns to discover his wife Chabela (Aida López) is having an affair, and Toña (Myriam Bravo), who is trying to end a cycle of abuse. “Nudo Mixteco” is wonderfully filmed and acted, as it portrays stories of female empowerment.

There are two Lola award-winning shorts. The sweet entry, “At Last,” written and directed by Lorena Gordon, has Lauren (Katie Burton) heading off to prom in a dress with her best friend James (Zack Gottsagen). However, once she arrives, she changes into a suit, which suits her more. But it is with James’ support that Lauren works up the nerve to talk to her crush Sam (Tricia Brooks) and have a heart-to-heart with her father (George Lopez). “At Last” may be a typical teenage coming out story, but it is completely charming, nonetheless.

“Full Beat,” by writer/director Kase Peña, has Bambi (Juliana Joel), a trans teen rebelling against her father Lugo (Francisco Soto Jnr), who wants her to conform to typical gender roles. Peña’s simple story lets the actors express their emotions with only a minimum of dialogue.

Among the other LGBT films screening at The Philadelphia Latino Film Festival, one feature and two shorts stand out. “The Journey of Monalisa,” is Nicole Costa’s stylish, affectionate documentary about the gender nonconforming, undocumented Chilean writer and performer Iván Monalisa. The film includes footage from Ivan’s college days in Chile, to his/her performing at nightclubs and doing sex work in New York. He/she also talks candidly about everything from addiction to getting a new identity card. This documentary recounts a fabulous story of reinvention.

Two empowering shorts include “Waking Hour” in which Sofia (Nava Mau), a transwoman, deftly navigates a situation that arises after she flirts with Isaac (Rafael Cabrera) at a party, and “Mano Santa,” a subtle, gentle short about Pablo (Jean C. Chocano), spending time with his grandfather (Raymond Rassi Maldonado), who is accepting of the young man’s sexuality.

For tickets (reservations are required for some titles), film availability (some films have limited screening windows or are geoblocked), and more information, visit the festival website,  https://www.phlaff.org/. 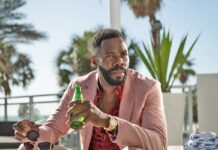 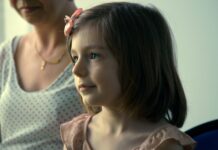 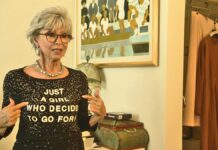