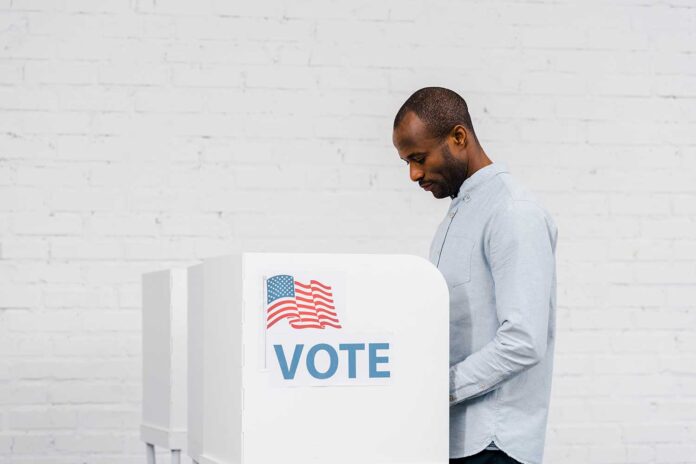 In Philadelphia, eight out of ten registered voters is a Democrat. This means that with very few exceptions, whoever wins a local primary for elected office in Philadelphia, like District Attorney, is the winner of that position. The Republican challenger in November is unlikely to win. There hasn’t been a Republican D.A. since Ron Castille in 1991.

May 18 is the primary, so you need to vote like it is November. This may be an off-year election, but it couldn’t be more pivotal. The 2016 presidential election should have been a wake-up call for everyone that every single vote matters.

All political appointments impact LGBTQ people and the entire community. The 2020 election protests could not have made it more obvious that our very lives are on the line. LGBTQ Philadelphians were on the front lines of the protests over police violence. And as PGN reported last month, our movement was born out of a protest against police violence at Stonewall. And as Stonewall proved, information is power, so PGN has put together a primer on the various offices up for election this year, including the duties of each position.

In addition to the statewide races and ballot questions, on May 18 Republicans and Democrats will select nominees for District Attorney and City Controller and fill eight vacancies on the Court of Common Pleas and three on the Municipal Court.

The Philadelphia District Attorney’s Office (DAO) is the largest prosecutor’s office in Pennsylvania, serving more than 1.5 million residents of the City and County of Philadelphia. An independently elected office, the DAO’s mission is to protect the community and provide a voice for victims of crime.

One of the largest in the nation, the D.A.’s office employs 600 lawyers, detectives and support staff. It is organized into six divisions: Executive/Administration, Trials, Investigations, Juvenile, Law and Gun Trafficking/Community Engagement. The District Attorney’s Office is responsible for prosecution of more than 50,000 criminal cases yearly. The District Attorney serves a four-year term with no term limits.

The District Attorney race is between incumbent Larry Krasner and challenger Carlos Vega, who Krasner fired four years ago. Krasner is considered by many to be one of the most progressive prosecutors in the country.

LGBTQ people are disproportionately impacted by the criminal justice system, particularly gender nonconforming lesbians and trans women. And among these, women of color have been especially vulnerable to arrest and incarceration, making both the D.A.’s race and the election of judges especially important.

The case of Fulton v. City of Philadelphia, which will be decided by the U.S. Supreme Court and could determine whether gay and lesbian couples can adopt, exemplifies how cases impacting LGBTQ people wend their way through the local and state court system, yet could create case law affecting LGBTQ people nationwide.

Few Philadelphians are knowledgeable about the court system and how it affects them. Yet we vote on judges regularly, and this primary is no exception.

The Pennsylvania Supreme Court is the highest appellate court in Pennsylvania and hears certain appeals from the Superior and Commonwealth Courts. The Supreme Court is a court of limited jurisdiction, meaning that it is not required to hear every appeal but, instead, chooses the cases to hear based upon the importance of the issues presented.

This court directly impacts LGBTQ people with regard to familial matters.

In addition, Municipal Court deals with: Concurrent jurisdiction with the Court of Common Pleas in small claims cases involving $10,000 or less; landlord and tenant matters and rental values of any amount under the Landlord and Tenant Act; code enforcement cases which include up to $15,000 in real estate and school tax cases; commissioners to preside at arraignments, fix and accept bail, issue warrants, and perform duties of a similar/related nature.

Also on the primary ballot is City Controller, the Chief Auditor of the City of Philadelphia and the School District. The City Controller is independent of the Mayor and City Council and is charged with auditing their operations. The Controller also evaluates the five-year plans the city submits to PICA and investigates accusations of mismanagement and fraud among city agencies, employees and contractors.

Additionally, voters will weigh in on several statewide questions that affect Pennsylvania’s constitution and laws in impactful ways.

Philadelphia holds “closed” primaries, meaning you can only cast votes for candidates within your party. Everyone gets to vote on the ballot questions, however, including independents.