Need a really good TV series with queer content to take you out of the here and now? Here are a few suggestions that are very different but highly immersive and truly compelling. You won’t want to stop watching and you will crave more.

Ryan Murphy and Steven Canals’s brilliant “Pose” took many of us back to the bleak and angry days of the AIDS crisis with a compelling look inside that time with characters of color, a vantage point that has been largely hidden. “Pose” also opened the door to the exciting and back-biting 80s and 90s ballroom culture in New York City that was first viewed on-screen in Jennie Livingston’s magnificent 1990 documentary, “Paris Is Burning.”

Billy Porter won an Emmy for his outstanding and heartbreaking performance as the gay emcee Pray Tell. A host of stunning trans women actors — Indya Moore is absolutely luminous as Angel Evangelista and Mj Rodriguez as Blanca Evangelista is the mother this lost flock needed — broke our hearts with their performances as queer people navigating a harsh and unforgiving straight world.

There are a lot of firsts in “Pose,” including that Janet Mock directed many of the episodes, the first out trans woman to direct a series.

Season 3 debuts on May 4. Now is the time to catch up on seasons 1 and 2 and fall in love with all the characters before “Pose: The Final Season” begins. Seasons 1 and 2 are on Netflix; Season 3 will be on FX.

As we continue to navigate the current pandemic, the AIDS epidemic may recede from memory, but a new series reminds us of just how terrifying that time was and in how many ways it impacted the gay community.

Welsh show runner Russell T. Davies is best known in the U.S. for “Queer as Folk.” “It’s a Sin” has all the depth and pathos and wry humor that the British “Queer” series had and the American version did not.

The acting, direction and writing in “It’s a Sin” are stellar. Ritchie (Olly Alexander), Roscoe (Omari Douglas), Colin (Callum Scott Howells), Ash (Nathaniel Curtis), Arthur (Stephen Fry) and Henry (Neil Patrick Harris) are among the key players. Each is superb in their role, with Harris delivering one of his best performances in years.

The total range of the period is addressed, including the AIDS denialism that beset a swathe of the gay community, fed by outlier scientists and certain gay newspapers, even as people were dying every day. Those of us who lived through it remember it all too well.

Intergenerational relationships play a distinct role — both Roscoe and Colin are involved with older men — which is both true to reality and presents a looming question: Will any of these young men live to be the age of their benefactors?

At one point Henry, in a long-term relationship, defines the landscape of gayness of that time to Colin, noting: “The official history of the world says that men like us have always been hidden away in secret. But then there’s the real world, where we’ve been living, together, for all this time.”

But that bravado is belied when Colin asks about Henry’s family of origin. He replies, “I’ve moved on from them.” Gutting.

Charting the pandemic from the vantage point of straight friends is another reality bite. Lydia West plays Jill, the close confidant of the main group who is a foil to the young men — the straight woman friend who bears painful witness to the dying.

Jill and Ritchie’s relationship is a foundational one. Ritchie is the AIDS denier Tory who resonates in this era of anti-maskers and COVID denialists, with Dr. Tony Fauci back trying to save lives among the naysayers. Ritchie complains that “Every single conversation has to go on and on about AIDS.”

There is a harrowing scene between Ritchie and his boyfriend Donald (Nathaniel Hall) where they are about to have sex and they debate the condom, lamenting the with a condom on “you can’t feel anything.” Ritchie decides for them: “We’re both clean, don’t you think?”

It’s a heartbreaking scene, as we all predict the answer.

As with “Pose,” these are real and realistic characters with a plethora of foibles. But they are so believable and true to both their time and our memory of it; that you cannot look away. This is our history; tragic, survivalist and resilient. “It’s A Sin” is available on HBO/HBOMax.

David E. Kelley never disappoints. The creator of such Emmy-winning series as “Ally McBeal,” “The Practice,” “Mr. Mercedes” and “Big Little Lies” has provided decades of satisfying award-winning drama with often quirky themes that run darker — and queerer — than one would expect.

Jesse James Keitel plays Jerrie Kennedy, a transfeminine sex worker, aspiring singer, and a survivor of a sex-trafficking serial killer. This role made Keitel one of the first nonbinary actors to play a nonbinary series regular on primetime television.

If you’ve ever been to Montana, you know the landscape is breathtakingly open and not a little daunting. Kelley plays with the landscape a lot to foster a conflicting sense of old-time, leave-your-doors-unlocked small-town safety juxtaposed with a vastness into which people could easily be swallowed up, never to be seen or heard from again.

There are stellar performances and the series is replete with lesbianism, female sexual tension and more. This is a highly compelling series that is both fast-paced and deeply interior. “Big Sky” is on Tuesdays on ABC.

If “RuPaul’s Drag Race” feels like a tad too much drama for you and you just can’t keep up with all the many seasons of the show, “Dragnificent,” is a different take on drag. The TLC series stars “Drag Race” alums BeBe Zahara Benet, Thorgy Thor, Jujubee, and Alexis Michelle as makeover gurus for a variety of people, including brides to be, seeking new beginnings. This is a very different kind of reality series that is full of heart about the healing powers of drag and how authenticity comes in many different forms. This is one of those feel-good shows like “Queer Eye” that is ultimately about living your best life. “Dragnificent” season 1 is available on Hulu. 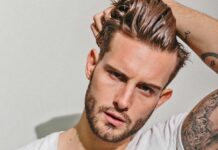 After ‘Younger,’ Nico Tortorella Is Ready for the Future of Masculinity 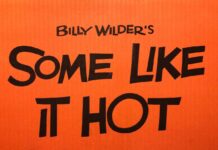 Deep Inside Hollywood: Amber Ruffin joins ‘Some Like It Hot’ 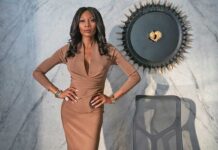