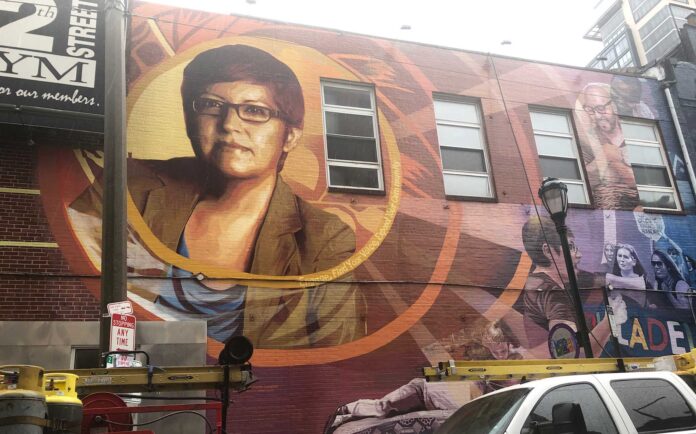 The Queer Spaces Project is a new initiative recently launched to celebrate, document and and explore “the diverse histories, material culture and narratives of recreational spaces activated by Philadelphia’s queer communities.” Bill Adair, an independent museum consultant, Alex Conner, an arts educator, and Bob Skiba, the archives coordinator at the William Way Center, spoke with PGN about the importance of both celebrating and preserving our history.

“This project will be a laboratory for how to present and interpret queer history in a way that is more inclusive and creative, hopefully bringing everyone to the table,” Adair explained, adding that he’s “interested in how cultural organizations can experiment with engaging audiences in new ways.”

That sentiment goes for all members of The Queer Spaces Project who are lending their time and passions for LGBTQ+ history in addition to Adair, Conner, and Skiba. They include James Claiborne, director of public programs at the African American Museum of Philadelphia. Susan Ferentinos, queer scholar and author of the book “Interpreting LGBT History in Museums and Historic Sites,” John Anderies, director of the archives at William Way Center, and Gary Hines, host of the Catacombs online radio show and community historian of Black LGBT history.

His colleagues attribute the original idea — deemed as “fantastic” — to Alex Conner.

“I had brought a project about researching the material history of gay bars in Philadelphia to Bill Adair,” Conner explained that it had to be postponed due to projects each of them had at the time. “The steering committee we’ve been working with helped us to expand the depth and breadth of our focus, but we realized we wanted to project to stay grounded in spaces where queer communities were active.”

Narrowing history to the scope of our bar scene would likely cut out the contribution to “gay life” made by the trans community, women, and LGBTQ+ people of color. An article from The Washington Post in 2017 highlights racial disparities among queer communities. The article opens with the addition of the black and brown stripes to the Pride flag made that year after racial issues in Philly’s own Gayborhood as having been considered controversial by “white gay men.”

To include more than gay bars and similar venues, Bob Skiba has expertise as a local historian. Skiba runs another website called the Queer Mapping Project, and in 2015 he curated “Speaking Out for Equality,” at the National Constitution Center. That year he also helped with creating an LGBTQ+ rights exhibit at the Liberty Bell Pavilion. A permanent exhibit space at the Liberty Pavilion dealing with LGBTQ rights opened a few years ago, most certainly thanks to his collaboration with the National Parks Service.

“I feel that queer spaces encompass everything from huge popular discos and nightclub complexes, to Fairmount Park playing fields where gay softball teams practice once a week, to the suburban kitchen where a trans teen comes out to their parents. Every story out there is part of the queer community’s history and every story needs to be told and celebrated.”

As Philadelphians, we are used to historical markers lining the sidewalks. We have diversity among some of those markers: Billie Holiday’s former apartment just off of Broad and Spruce, the resting place of prominent Jewish educator Rebecca Gratz, and one on Independence Mall noting the earliest gay rights demonstration are all familiar sights. The Queer Spaces Project however, wants to use their website to promote history as a living thing.

With how the queer community lives, congregates, and meets due to social media in an era of more social acceptance The Queer Spaces Project recognizes the need for documentation.

“Now known as “Midtown Village” by realtors and developers, the Gayborhood is in fact being de-queered. It’s basically becoming a gay theme park for straight people,” Adair states, echoing the talk of many long-time locals. “We know that the gayborhood has often been an unsafe space for women and people of color but as a community we need to work on becoming more inclusive, not disappear.”

Some might assume (incorrectly, as did this writer) that New York City, 99 miles north of us, would be better at documenting the powerful history of queer rights and gay activisim. The Marsha P. Johnson State Park in Brooklyn became “the first New York state park to be named after an LGBTQIIA+ person.” But, thanks to the work of Mr. Skiba, we have slightly more than their roughly 350 map highlights as part of his Queer Mapping Project.

“When I heard that New York was thinking of doing a mapping project and was planning on listing several hundred places, not to let Philadelphia be outdone, I went to work on the Philadelphia LGBT Mapping Project and, within a short time, had documented well over 1,000 locations.”

Of course, as a city of firsts, we do have in the form of the Walt Whitman Bridge the only known structure of the sort to be named after a homoerotic-descriptive and homosexual-leaning poet.

The trio PGN spoke with admit the current website is still in the beginning stages. They encourage would-be historians and queer history buffs to reach out to them via email with tips and of course check out their website.

They already have several plans on the way, said Conner, who is an arts educator and team lead for Art Stewards, a volunteer organization promoting galleries in the city.

He reveals the group already has exciting projects including, “Creating several Podcasts with Bob that range from historical documentation, to storytelling and beyond. Host a town-hall where we get input from the community on our project. Have the website and social media launched and working. [And to] collaborate with the Attic Youth Center.” Conner confirmed they’re currently in talks with the organization. They also plan to finalize a project documenting the many lives and rich history of 254 S. 12th Street, host to famed bars such as Hepburn’s, Equus, 12th Air Command, iCandy, and now Tabu.