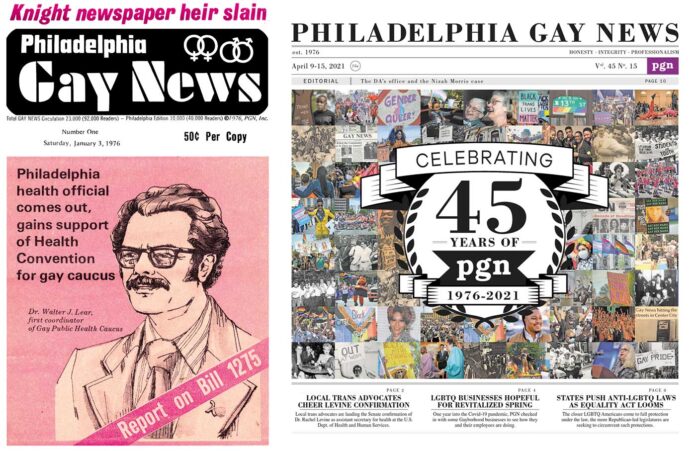 Author Patricia Highsmith (of “Carol” fame) once said “A newspaper is an anthology of cruel stories.” Having read back issue after back issue of PGN, I can confirm that sentiment is correct. There was — and still is — no shortage of horror stories about the ripping away of LGBTQ people’s humanity, most often by humiliating them, firing them, or killing them. Yet as sad as such stories are, they’re vital to report. And it’s not just for the community’s own sake, so we can see first hand what is happening to us and try to prevent it from happening again, but for people outside the community too, so they can see the reality of what it’s like being an LGBTQ person in the world. It has never been an easy road.

When I set out to write the feature “45 Years of Goodness” for this week’s issue. I wanted to focus solely on local stories that were positive, stories that celebrated the joys of being LGBTQ in Philadelphia, stories that showed us coming together and appreciating who we were. We can always use more joy in our lives, especially now. Too many of us grew up thinking we shouldn’t be happy about who we are. One of the missions of PGN is to show that we have an incredible number of reasons for happiness.

Going through back issues of PGN is always an educational experience. For this project, I realized that the same types of stories would appear over time, but in more recent years they happened on a larger scale. In 1979, the community celebrated a small weekly volleyball game on Drury Street. 14 years later, the Gay World Series drew thousands of people. In 1976, four local gay men ran for committee person. 45 years later, we have a local gay man running for U.S. Senator. In 1986, PGN celebrated a handful of local LGBT businesses. Now, we have a robust local and national LGBT chamber of commerce.

PGN — just like all local LGBTQ newspapers — is a very robust record-keeper of what the community was focused on throughout the years. In the 70s and early 80s, spreading awareness and the growth of the community was paramount, so many of the stories focused on new organizations, new community leaders, and the simple fact that LGBTQ people existed. As HIV/AIDS became widespread, so too did the number of stories. Sadly, there was a time when PGN was referred to as Philadelphia AIDS News. In the mid-90s, the LGBTQ community was growing on a truly national and international scale, with more and more stories being written by national outlets like the Associated Press. Then, in the mid-2000s, we saw firsthand how the internet allowed information to reach places it had never reached before and spread LGBTQ awareness to an unthinkable number of people. Fittingly, the largest issue ever of PGN was the 2007 Pride issue, right before social media changed the landscape forever.

Another shift over the decades was the type of story that appeared in the paper. Some of the very first major features in PGN were about how to minimize harm as an LGBTQ person: how to minimize the fallout if an undercover cop arrests you, how to protect yourself from HIV/AIDS or other STIs, how to stay out of the military draft. At times, it felt like the paper was more of a how-to guide rather than just delivering the news of the week. But such features were necessary. There was never an instruction booklet on how to live as an LGBTQ person. Nowadays, there are plentiful resources on everything from medical care to finding a friendly business to calls for political action, so such guides are not as necessary.

PGN has been proud to record our community’s history for the past 45 years. We’re proud to have seen our community change and grow. And we’re proud to have supported all of those who wish to make life better for LGBTQ people locally, nationally, and internationally. There is still much to be done in the fight for equality, both inside and outside the community. And there are still stories of inspirational queer joy to celebrate. We look forward to covering all of it, and we look forward to an even brighter future for our vibrant and vital community. 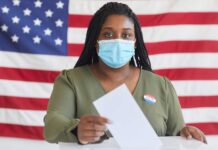 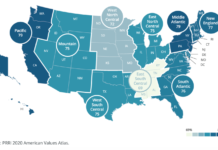 Majority supports LGBT rights, but Senate Republicans will not budge