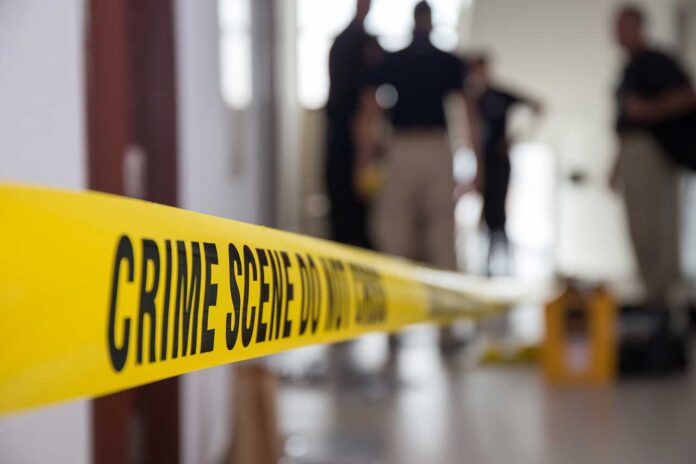 A transgender woman suffered severe injuries March 20 after being stripped of her clothing and repeatedly stabbed by an assailant in Germantown, police say. The woman, whose identity hasn’t been revealed, was listed in critical condition at Einstein Medical Center, as of press time.

Police say the incident happened just after midnight March 20 on the 200 block of Montana Street in the city’s Germantown section. The woman, 32, was visiting Robert Easley at his residence, when Easley began to pull off her clothes. The woman pushed him away, at which time Easley allegedly grabbed a knife and stabbed her multiple times.

Easley’s mother, with whom he lived, called 911 for assistance. When police arrived, the victim ran down the stairs from the second floor and collapsed at their feet. She was immediately transported by police to Einstein Medical Center. Easley was arrested at the scene.

Easley, 45, has been charged with aggravated assault, simple assault, reckless endangerment and possessing an instrument of a crime. As of press time, he was incarcerated at the Curran-Fromhold Correctional Facility in Northeast Philadelphia.

According to court records, Easley has a rap sheet for violent crimes beginning when he was 15 years old. Between November 2004 and March 2010, he was incarcerated for aggravated assault in a state prison. His preliminary hearing for the March 20 incident was tentatively set for April 5.

According to the Human Rights Campaign, 44 transgender women — most of them women of color — were killed in America in 2020, more than any other year in recorded history.

“The attack in Germantown this weekend is, sadly, the latest example of violence perpetrated against trans women that permeates our society,” Cox said, in an email. “The disturbing trends of violence against trans women in Philadelphia and elsewhere are unacceptable. And we must all condemn these atrocious acts when they happen. While it is reassuring that the suspect in this case was quickly apprehended, we know that members of the LGBTQ+ community — and trans folks in particular — are shaken. We encourage any community members in need of assistance to reach out to the Office of LGBT Affairs for support.”

Naiymah Sanchez, trans justice coordinator for the ACLU of Pennsylvania, issued this statement: “Transgender people are too often the victims of violence, and that violence can be rooted in hate and intolerance. Trans folks are just trying to live their lives as their authentic selves. There is a need for cultural awareness, acceptance, and the simplest respect for someone for who they are. We will continue to fight with and for marginalized individuals and especially protecting the lives of Black and Brown trans and non-binary Pennsylvanians.”

Thomas W. Ude Jr., legal and public policy director at Mazzoni Center, expressed support for the victim. “Acts of violence against trans people, especially women of color, show that true equality for our entire LGBTQ+ community has a long way to go,” Ude said, in an email. “Perpetrators will seek out people they think are vulnerable, and decades of inequality perpetuate violence. The woman who has survived this weekend’s assault needs support. And our entire LGBTQ+ community needs support and assurance that people causing harm will be held accountable.”

Julie Chovanes, a transgender attorney, also expressed concern about the violence. “Sadly no one cares,” Chovanes said, in an email. “The nonprofits who have a “T” in their services and fundraise on our backs have very few trans people actually involved in their organizations. I know because I bring suit against those nonprofits. The government doesn’t really care about us either — again, they profess to but not really. The few trans people who do care simply can’t do it all. In fact they can do very little because again no one cares.”