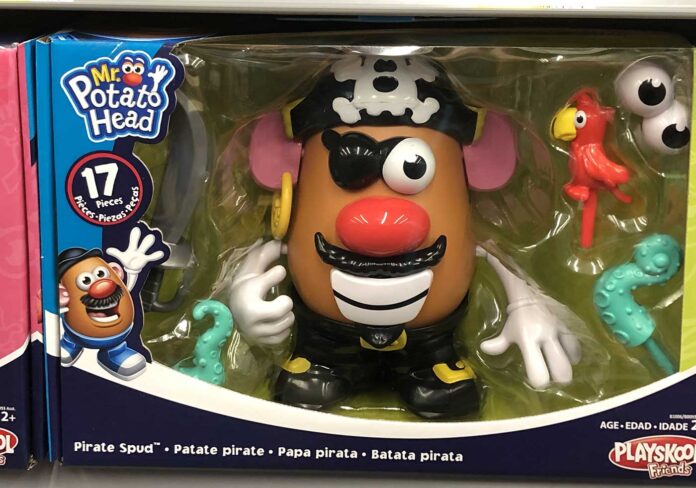 The right has a problem. For the last four years they have been able to stay safely tucked behind the insanity of the Trump presidency, knowing that as long as they stay quiet and toe the line, they’ll be in power.

Now, after a presidential election season that ended in a violent insurrection, they find themselves adrift. Their inability to govern — laid bare as we watched a year of their disastrous mishandling to the COVID-19 pandemic — has left them politically weak.

When this sort of thing happens, it seems they have only one page in their playbook: start a culture war.

For decades, this was easy for them: they would find an easy target and pin every social ill upon them. From the “boat people” and “welfare queens” of the Reagan era, to the migrant caravans that made headlines in 2018, racism and xenophobia is always easy to sell to the right.

Homophobia — and in the last few years, transphobia — have also been easy to push on conservative voters. Fears of gays recruiting children drove people to the ballot box in the 1970s just as gay marriage did the same in the early 2000s. The loss of gay marriage as a wedge issue only opened the door on using transgender people, with the “bathroom predator” myth now giving way to a panic around trans athletes.

Yet even this, in the midst of the Biden Administration pushing a successful vaccination plan and Democratic congressional leaders getting their relief package through, has fallen flat. The fallout from Senator Cruz’s attempt to skip out on his home state while Texas froze also hasn’t helped.

As a result, we have been treated to scores of scandals that seem ridiculous on the surface, only being crafted as the purest red meat for the classic conservative base. The Muppet Show was evoked over the audacity of the Walt Disney Company pointing out that the standards of a show from 50 years ago might not be fully in line with the 2020s, and the decision by the estate of Dr. Seuss to no longer allow the publishing of six books that include negative racial stereotypes raged for days.

In between the Muppets and Dr. Seuss was yet another attempt to stoke right-wing outrage: Mr. Potato Head.

Not content with just Mr. and Mrs. Potato Head, Hasbro decided that now is the time to further diversify their product line. Part of that move was to rename the product, dropping the “Mr.” from their product’s name.

Of course, they planned to continue to carry “Mr. Potato Head,” just under a more gender-neutral product line, allowing them to expand to all sorts of tuber toys of various genders and forms.

It is not lost on me that this controversy hit the same week or so as both the passage of the Equality Act in the House of Representatives, and the confirmation hearings for Dr. Rachel Levine, who was tapped to assist in the department of Health and Human Services, making her the first transgender woman to face senate confirmation.

I should also note that scores of state houses are also trying to attack trans rights this month, from bans on trans student athletes to criminalization of trans health care, so the issue of trans rights is very much in the forefront.

So, into this environment wobbles a classic toy.

Predictably, this name change was immediately decried by the right. It was treated as another example of the left being too “woke” somehow; of “cancel culture gone amok,” destroying the right to call a toy by its God-given gender.

The controversy died down fairly quickly after Hasbro pointed out that the name “Mr. Potato Head” — no one seemed all that concerned for the Missus — would not be going away. The outrage train, by that point, was already beginning to chug into its next station by that point anyway.

Yet I find myself having to ponder the obvious: what makes Mr. Potato Head a mister, anyway?

The original Mr. Potato Head came with hands, feet, ears, two mouths, several noses and hats, eyeglasses, a pipe, and various bits of felt to mimic mustaches and such. Some of these have changed over the years to represent different lines of work for the spud, from nearly every possible occupation represented in the Village People to a Star Wars themed “Darth Tater.” Yet, aside from a mustache — which is perfectly interchangeable with Mrs. Potato Head — no primary or secondary sexual characteristics are present.

No, I don’t think the butt compartment in the plastic potato base — designed to store all of Mr. Potato Head’s junk in his trunk — counts.

We can’t even look at the inspiration for Mr. Potato Head’s body. Potatoes themselves reproduce vegetatively, creating sprouts from one tuber that produce the next season’s potatoes. In nature, one could argue, there isn’t actually a Mr. or Mrs. Potato Head, but that they should perhaps all use Mx. Instead.

So how do we know that Mr. Potato Head is, well, a mister? The answer is as simple as it is obvious. His box states that he is a mister, and he wears items and hair styles that are typically associated with the masculine gender. Likewise, Mrs. Potato Head displays her own gender queues.

Indeed, Mr. Potato Head can be held up as an example of gender identity and expression. They have determined their own gender identity — or, at least, Hasbro did when they printed the box — and they’ve opted to express their spud-based gender through a given set of possible accessories.

In short, they are who they say they are — and in the end, isn’t this the way it should be for us all, potato or otherwise?

Gwen Smith used to cross-gender her own Potato Heads as a child. You can find her at www.gwensmith.com/.