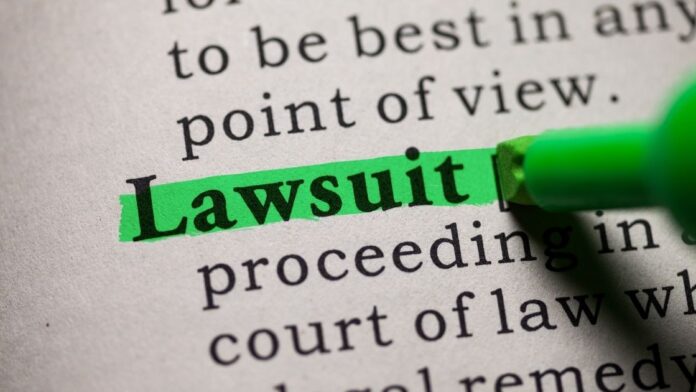 LGBT advocates are uniting in support of Noel Koenke, a former employee at St. Joseph’s University who’s appealing the dismissal of her LGBT-related antibias case against the university before it could reach a jury.

Koenke, 37, worked as an assistant director of music and worship at the university and was beloved by many students. But “hateful” pressure from supervisors to stay in the closet ruined her career, caused her to attempt suicide and resulted in the dissolution of her marriage. She resigned her position in November 2017, according to court papers.

Koenke filed suit in October 2019, claiming the university violated Title IX, which prohibits sex discrimination in educational programs receiving federal funds. Koenke maintains the university had no legal right to harass her. She’s requesting in excess of $150,000 in damages and a court order that the university initiates LGBT sensitivity training for its employees.

In December 2019, officials at St. Joe’s filed a 44-page brief, urging U.S. District Judge Nitza I. Quinones Alejandro to dismiss Koenke’s case as meritless. In its brief, the university acknowledged urging Koenke to be discreet about her same-sex marriage but insisted it had a legal right to do so.

In January 2021, Alejandro granted the school’s request to dismiss Koenke’s lawsuit, relying heavily on the “ministerial exception” doctrine. That doctrine, derived from the U.S. Constitution and formally recognized by the U.S. Supreme Court in 2012, exempts religious organizations from anti-discrimination laws regarding employment matters, Alejandro noted.

Alejandro said existing case law precludes her from allowing Koenke’s case to move forward. The judge also referred to Koenke as a “homosexual woman,” which is terminology that’s discouraged by LGBT advocates.

GLAAD issued this statement regarding the language used by Alejandro: “The language used in the judge’s ruling is offensive and outdated, and has not been common usage to describe an LGBTQ person for decades. It is also not consistent with how the plaintiff clearly identifies as per the appeal document. It is troubling to see this lack of respect toward the plaintiff coming from a federal judge, and is a sign of the ongoing challenges the LGBTQ community faces to be recognized, accurately addressed and equally treated. The blatant discrimination Noel Koenke unfortunately endured from her previous employer should not be legal under any circumstances. An overwhelming majority of Americans, from all faiths, believe discrimination against LGBTQ people should be illegal. Until all employers, the law and the judicial system catch up to those core values of equal treatment, the least federal judges could do is address people who come before them accurately and respectfully.”

Supporters of Koenke note that a few courts have created a carve-out to the ministerial-exception doctrine when it comes to allegations of workplace harassment, on the basis that the constitutional right to choose your minister doesn’t include the right to harass them.

The National Women’s Law Center, based in D.C., expressed emphatic support for Koenke. “Now that the Supreme Court has confirmed through the Bostock case that we have federal workplace civil rights protections for LGBTQ employees around our nation, courts cannot be allowed to take away these very protections from more and more workers,” said Sunu P. Chandy, legal director of the center, in an email. “In this case brought by Noel Koenke, the employer cannot be given an unlimited license to allow workplace harassment, based on sexual orientation or any other protected identity. The ‘ministerial exception’ to civil rights laws was meant to ensure that houses of worship could freely choose their religious leaders; it was never intended to be a free pass to allow harassment by entities like St. Joseph’s University. Religious employers cannot abuse this exception — as that would allow harassment against workers because of race, sex, sexual orientation, gender identity, national origin, age, disability or any other protected identity to go unchecked and deny workers important civil rights protections. Courts should ensure that employers are urged to address and prevent workplace harassment, including in the context of religiously affiliated entities, for the benefit of LGBTQ workers and all workers.”

Carolyn L. Wheeler, a D.C-based attorney who’s handled several ministerial-exception cases, expressed mixed feelings about Koenke’s case. “I hope the Third Circuit will agree with other courts that harassment claims aren’t shielded by the ministerial exception,” Wheeler told PGN. “But I think it’s an uphill battle. The Third Circuit might rule in favor of keeping the government out of second-guessing what a religious employer wants to do with its ministers. Ms. Koenke has to somehow convince the Third Circuit that a court regulating harassment is appropriate even though the court can’t second-guess hiring and firing decisions. It could be difficult to convince the Third Circuit that’s an appropriate line to draw.”

Koenke’s attorneys are Bradley Girard, Sarah Goetz and Richard B. Katskee at Americans United for Separation of Church and State, based in D.C. Local civil-rights attorney Justin F. Robinette also serves as co-counsel for Koenke.

They’ve asked the Third Circuit to rule on whether the “ministerial exception to the First Amendment to the U.S. Constitution categorically bars all of Ms. Koenke’s employment-discrimination claims against the University, including her [hostile work environment claim],” according to appellate papers.

Appellate papers describe the alleged abuse endured by Koenke. “[Koenke] was forced to refrain from disclosing that she was part of a same-sex couple, including by being encouraged and expected to lie about her sexual orientation and her spouse, both during work hours and outside of work,” the papers say. “The double-life forced on Ms. Koenke took a severe emotional and psychological toll, and she eventually quit her job.”

But university spokesperson Gabrielle Lacherza denied that Koenke was mistreated by the university in any manner. “Saint Joseph’s University did not discriminate against Noel Koenke,” Lacherza said, in an email. “Quite the contrary, we treated her with dignity and respect, which is consistent with our mission and ethos. Saint Joseph’s is a mission-driven university committed to offering an inclusive environment for all students and employees, including members of the LGBTQ community. Because Noel Koenke appealed the district court’s dismissal of this case, this matter is once again before the court. Out of respect for the judicial process, Saint Joseph’s will respond in that forum. As a practice, we do not provide detailed commentary on pending or active litigation.”