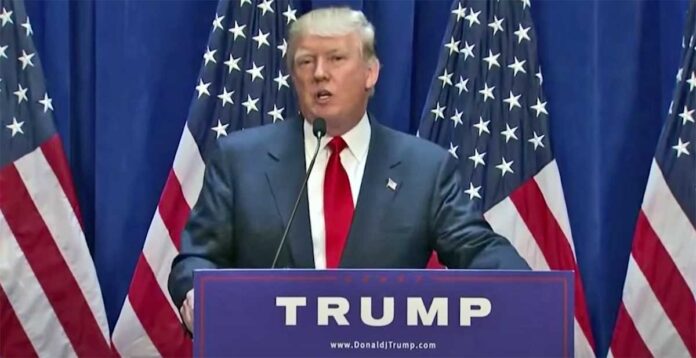 The Senate acquittal of Donald Trump in his second impeachment trial was expected, but still disheartening. It also signaled just how much many of us still have to fear from a Republican Party led by one of the most virulently racist, misogynist, homophobic, transphobic, xenophobic and ableist leaders in American history.

The GOP just can’t quit Trump. His power remains intact despite losing the election and being impeached for the second time. A Feb. 16 Morning Consult poll put Trump at 53% among likely 2024 GOP candidates for president, with 59% of Republicans saying they want Trump to play a major role in their party going forward. And 81% of Republican respondents gave him positive marks. These numbers are up from Trump’s pre-impeachment polling.

All of which bodes ill for those of us in marginalized communities. The impeachment vote was a statement of intent. 21 GOP senators were safe, having just been elected or re-elected in November. Yet they still voted to acquit.

In a blistering post-vote speech nearly as powerful as some by the Democratic House managers, Senate Minority Leader Mitch McConnell said he found Trump “practically and morally responsible for provoking the events of that day [Jan. 6],” and “former President Trump’s actions preceding the riot were a disgraceful dereliction of duty.”

But McConnell’s stated belief in a constitutional bar to conviction prevented him from voting to convict.

State GOP leaders immediately moved to censure the seven Republicans who voted against Trump, undergirding the status of those outliers versus Trump to party leaders.

Trump himself responded just as inappropriately as one has come to expect: prideful and arrogant, spitefully plotting against those who “wronged” him by voting for impeachment. On Feb. 16, Trump attacked McConnell in a withering tirade filled with provocation.

Trump’s quisling cohort was also emboldened by the acquittal. Sen. Lindsey Graham took to the Sunday shows to assert that Trump was looking forward to winning back the House and Senate in the 2022 midterms.

Graham spoke as if McConnell hadn’t indicted Trump, and as if the past few months of Trump trying to overturn a free and fair election like the U.S. was some parodic banana republic had never happened.

Graham also intimated that Vice President Kamala Harris might be impeached if the GOP won back the Congress, after he falsely claimed that Harris had paid bail for Black Lives Matter protestors who later “broke somebody’s head open.”

Graham has long served as an unofficial spokesperson for Trump. He also exemplifies what is wrong with the Republican Party and why even with Democrats holding both houses of Congress and the White House, the GOP remains an existential threat to the country, especially to marginalized groups like queer and trans Americans.

The House impeachment managers highlighted many distinctions between the parties as they presented a devastating case against Trump. The nine attorneys represented America’s diversity, and included four people of color, three women and a gay man.

But in the aftermath of the impeachment, the threat of a rising GOP still led by a corrupt white nationalist looms for vulnerable communities like our own. While the Democrats may have strength in their diversity, Republicans showed declaratively with their impeachment votes and their efforts to overturn the election that they follow no rules and respect no one, not even the Constitution.

That Graham would float the concept of impeaching Harris, the first woman and first Black vice president mere hours after Trump’s acquittal was an incendiary salvo, and it epitomized what we can expect going forward. These are brazen people with their own agendas and power in mind. There is no place for LGBTQ people in their world view.

Newly elected GOP members of the House and Senate like Marjorie Taylor Greene, Lauren Boebert, Andy Biggs and Tommy Tuberville are staunch Trump allies and Q Anon conspiracy theorists. All supported decertifying the election and each has an egregiously anti-LGBTQ history. They are also, increasingly, the face of the “new” Republican Party.

The GOP has had LGBTQ people in its sights for decades. Times may have changed and polls may show greater acceptance of LGBTQ people, but anti-LGBTQ animus from the party of hate has only grown stronger and more expansive as evidenced by the elections of a plethora of extremists. Anti-LGBTQ statements are not only no bar to election, they may be a boost as radical GOP candidates beat more moderate opponents.

And then there is the GOP commitment to maintaining LGBTQ people as separate and unequal. In 2020, Republicans voted to maintain their party platform from 2016 unchanged through at least 2024. That platform is filled with anti-LGBTQ statements.

On same-sex marriage, which has been legal in some states since 2004 and nationwide since 2015, the platform reads: “Our laws and our government’s regulations should recognize marriage as the union of one man and one woman… We do not accept the Supreme Court’s redefinition of marriage and we urge its reversal.”

The confirmation of three conservative activist justices to the Supreme Court now makes that reversal a possibility.

In addition, over the course of the Trump presidency, the GOP-led Senate confirmed over 200 anti-LGBTQ judges and justices. All were pushed through quickly by McConnell.

While President Biden and VP Harris are strongly pro-LGBTQ and Biden has signed executive orders overturning the trans military ban and banning discrimination against LGBTQ people, a 77 page HHS ruling signed by Trump just weeks before he left office codifies discrimination against LGBTQ people in every area of social, welfare and healthcare services. Only Congress can overturn it.

And as the GOP and Fox News have consistently pointed out, executive orders are temporary fixes. Biden’s anti-discrimination EO does not have the same force as ratifying the Equality Act, which Biden and Harris both pledged to do within the first hundred days of the administration. However, Congress has to first pass the Equality Act before Biden can sign it.

But with the pandemic and the economy as the twin crises impacting much of America, will that promise slip through the cracks? In whatever quid pro quo is necessary to pass the all-important Covid relief bill, will the Equality Act get tabled for another day, or year?

The clock is already ticking on Midterms, and voters consistently hold Democrats to a higher standard. The 2010 midterms were a bloodbath for President Obama and the Democrats.

The takeaway is this: LGBTQ people should be urging Congress to pass the Equality Act, running for office, and engaging in activist work to thwart the GOP. We cannot afford either silence or stasis. We have the power and the ear of a responsive executive branch. We must use it now, because 2022 will be too late. 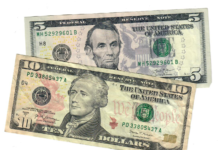 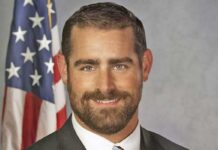 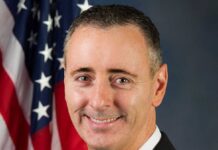