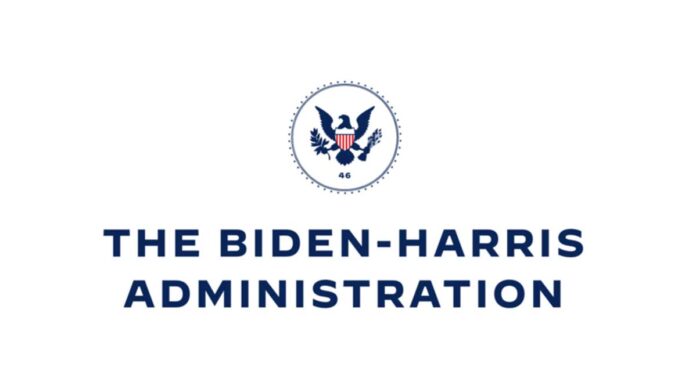 LGBT advocates are praising a decision by the Biden administration to halt the implementation of a new federal rule that would have permitted social-service providers receiving government funds to discriminate based on sexual orientation and gender identity.

The new rule was promulgated by the outgoing Trump administration and was set to take effect on Feb. 11. It would have lifted LGBT-inclusive antibias protections within the U.S. Department of Health & Human Services, which administers roughly $5-billion annually in grants.

However, on Feb. 2, a coalition of service providers filed a 71-page federal lawsuit in the District of Columbia, challenging the new rule. On Feb. 9, the Biden administration announced it would postpone implementation of the new rule pending the lawsuit’s outcome. U.S. District Judge Ketanji Brown Jackson subsequently approved the postponement, thus signaling the possibility that litigation will be unnecessary.

“We commend the Biden-Harris administration for hitting pause on this harmful and unlawful Trump-era rule, and hope that it will move forward expeditiously to ensure that all persons receive equal treatment under the law,” the plaintiffs said, in a statement.

Thomas W. Ude Jr., legal and public policy director at Mazzoni Center, expressed relief  the new rule will be held in abeyance. “Mazzoni Center applauds HHS for agreeing to not enforce the prior administration’s last-minute Grants Rule,” Ude said, in an email. “That rule authorized grants for programs that discriminate against taxpayers, inlcluding LGBTQ people and people with HIV. As with so many of that administration’s actions, it was a problem instead of a solution. Federal grant funds should go to entities serving particularly vulnerable populations. LGBTQ people and people with HIV already face discrimination in many places — which is why our communities need support, not rejection. It’s a relief to see the federal government standing up for equality instead of against it. Federal grants make a huge difference in the lives of LGBTQ & HIV community members. Those funds should not be awarded to providers that refuse to serve our communities. Agencies may still fight for the ‘right’ to discriminate. But they should not be invited to do so.”

Christian Fuscarino, executive director of Garden State Equality, echoed those remarks. “Allowing this kind of government-backed discrimination would be dangerous and unlawful at any time,” Fuscarino said, in an email. “But it was even more egregious for the Trump administration to try to put it into effect in the midst of a pandemic. We are grateful to the Biden administration for taking the first step to stopping this harmful policy, which would have allowed discrimination against vulnerable populations seeking services receiving federal funding — including LGBTQ youth experiencing homelessness, LGBTQ people interacting with the foster care system, and LGBTQ older adults seeking aging services.”

Adrian Shanker, executive director of Bradbury-Sullivan LGBT Community Center, also blasted the Trump administration. “Even in the waning days of the Trump administration, they desperately searched deeply for ways to harm LGBTQ people,” Shanker said, in an email. “Luckily, President Biden is reversing Trump’s misguided actions, including the disturbing HHS rule that would have invited discrimination at federally-funded social services agencies.”

Lauren Cox, a spokesperson for the Kenney administration, issued this statement: “In his first weeks in office, President Biden has shown a clear commitment to rejecting hate and discrimination within our institutions. His support for the LGBTQ+ community has been particularly notable with actions taken to undo the trans military ban and an executive order strengthening protections for LGBTQ+ individuals. We know that on his first day, President Biden directed all executive departments and agencies to consider postponing new rules issued under former President Trump that have not yet taken effect. And now, this decision from Judge Jackson is more good news. The City of Philadelphia firmly believes that discrimination has no place in government — including in the agencies that receive funding from federal, state, or local governments.”

“Research consistently shows that LGBTQ youth are overrepresented in the foster care system, as many have been rejected by their families of origin because of their LGBTQ status, and are especially vulnerable to discrimination and mistreatment while in foster care,” David said, in a statement. “The [Trump-era] regulation would have only exacerbated these challenges faced by LGBTQ young people.”

A spokesperson for the Biden administration didn’t immediately respond to a request for comment. The plaintiffs are represented by Democracy Forward Foundation, Lambda Legal Defense and Education Fund and the law firm of Cravath, Swaine & Moore LLP.