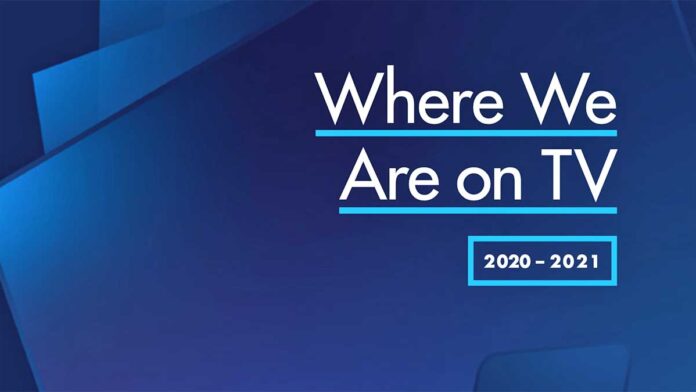 GLAAD highlighted how the COVID-19 pandemic shutdowns brought a higher than usual audience share on TV, noting the Nielsen figure that adults spent “just above 37 hours per week watching television in the first quarter of the year: the equivalent of a second full-time job.”

But how much queer TV was there to watch? One of the most stunning details of the report was that just four showrunners provide the majority of LGBTQ-inclusive programming.

GLAAD notes that “out power players” Greg Berlanti, Ryan Murphy and Lena Waithe, as well as LGBTQ-ally Shonda Rhimes, were responsible for 17% of all LGBTQ representation this year, with 62 of the 360 characters (across network, cable and streaming) appearing on their 16 series. In short, only 5% of all scripted shows accounted for 17% of LGBTQ characters on TV.

The CW’s “Batwoman” is now the only broadcast show with an LGBTQ lead character (with Javicia Leslie’s Ryan Wilder replacing Ruby Rose’s Kate Kane). The dearth of LGBTQ-inclusive shows was also impacted by the pandemic. “Stumptown” and “GLOW” (both “un-renewed” amid pandemic-related delays) and “The L Word: Generation Q” (also off screen due to pandemic-related delays) exemplified how only a small number of shows create a disproportionate amount of representation.

The GLAAD study found that 9.1% of series regular characters scheduled to appear on broadcast scripted primetime television this season are LGBTQ. This marked a decrease from last year’s record high of 10.2 percent.

GLAAD explained that “The importance and impact of television has grown exponentially this year.” Citing Fandom.com’s State of Fandom 2020 study, GLAAD noted that audiences were “looking to entertainment to find connection now more than ever [due to the isolation of the pandemic]: either with a story onscreen or by consuming content with others through shared experience.”

Hulu launched Watch Party, Disney+ launched GroupWatch and the unofficial Netflix Party extension broadened access. GLAAD noted that “people saying they use entertainment ‘to connect with someone else’ grew 80 percent year-over-year, and even further, almost half of fans (45%) strongly agree that the way they engage with entertainment has permanently changed.”

To sum it up: people need to see themselves reflected in the stories they watch on TV, and they will seek those characters out.

Of 101 LGBTQ regular and recurring characters on network TV, 34% are lesbians, 13% are bi+ women and 6% are trans women (four of whom are straight and two of whom have an unknown sexual orientation). Additionally, 40% are gay men, 5% are bi+ men and there are four total trans men (one who is bisexual, one who is straight, and two whose sexual orientation is unknown).

On primetime scripted cable series, 26% of LGBTQ characters are lesbians, 21% are bi+ women and 4% straight trans women; 36% are gay men, 9% are bi+ men, and there are three trans men (one each straight, gay and bisexual). Also, there were three non-binary characters on cable this year, which is historic.

The worst news was that cable programming saw the largest decrease in LGBTQ characters, down from 215 to 118. GLAAD cites this as “further proof of a point that a handful of series, while outstanding, have an outsized impact.”

Among cable networks, FX leads with 20 LGBTQ regular and recurring characters. But fully half of these will appear on the next season of “Pose,” again highlighting how singular shows carry so much weight. Freeform follows with 19, while Showtime has 18.

As far as racial diversity among all TV characters, of the 773 series regulars counted on network television, 46 percent are people of color. This marks a one percentage-point decrease from the previous year’s high of 47 percent. NBC leads the broadcast networks with 52%, followed by The CW (49%), ABC (47%), CBS (43%) and Fox (35%, down for a second straight year).

When it comes to series regular characters living with a disability (including those with invisible disabilities), there was a slight increase to 3.5 percent inclusion. GLAAD says that number continues to “severely underrepresent” the actual U.S. population living with disabilities, which the CDC says is one in five Americans. Among broadcast networks, NBC leads with 18 such characters (on series such as “Chicago P.D.,” “This Is Us” and “Superstore”), followed by ABC and CBS (three each), The CW (two) and Fox (Gavin from “9-1-1”).

Across all platforms tracked, only three total characters are people living with HIV, down by six from last year and all three appear on FX’s “Pose.”

“In the midst of a destructive pandemic, a long overdue cultural reckoning with racial injustice, and a transition into a new political era for this country, representation matters more than ever as people turn to entertainment storytelling for connection and escape,” said GLAAD President and CEO Sarah Kate Ellis. “This time of unprecedented change matched with increased demand represents an opportunity to break new ground with stories we have not seen before and create LGBTQ characters that do not reinforce harmful stereotypes.” 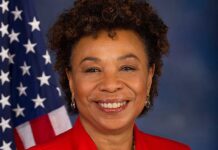 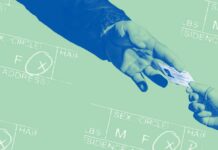 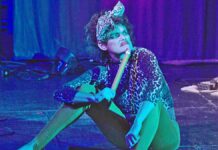 Fighting the ‘War on Nuance’ through queer culture