Jason and I passed a milestone this week, one that many of you have had as well. For us it represents our 10th month in quarantine.  We started on March 12th.  But this column is not about that quarantine, it’s about the future, and that future is bright for all of us.

Let’s face it: we have all gone through a frightening year.  First the pandemic, then an attempted coup led by the president of the United States. The good news is that both are on the decline.

Also good news is that the virus has a vaccine, and that vaccine will eventually get to all of us who want it. And even though the rollout has been mishandled, by this time next week Trump and his administration will be gone. That means a new president that will correct the ineptitude of Trump’s Covid policies and making our government work to safeguard the health of all its citizens, not just those who voted Republican. The political attack on our national body politic by Donald Trump will finally cease.

But there is also another issue that brings hope.  A president, Joe Biden, a vice president, Kamala Harris, and a congress who will bring equality to our community.  While we will have to live with the far right terrorists that Trump has enabled, make no mistake about this, they will be dealt with by our government and their time is limited. The time for a brighter, more peaceful and secure America is on the horizon. We’ll have to work hard to get there. It will take a long time to even begin to repair the damage Trump has done. But we will get there.

And when we do, our community will be even stronger than it was before. 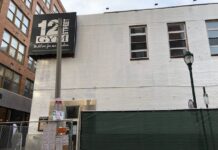