By this time next week, Joe Biden will be the President and Kamala Harris will be the Vice President of the United States. And while it might seem like not much can happen overnight, remember that on the first day of the Trump administration the LGBTQ community was wiped from federal websites. In one click we were invisible again, at least to Trump and his cabinet who didn’t care one iota for our community. So on the first day of the Biden administration, we can, at the very least, expect to be put back on the federal websites we were erased from four years ago. We can also expect at least a couple executive orders reversing Trump’s anti-LGBTQ orders from the past four years.

Of course, Trumpism isn’t going away even though the man is out of the White House. People will continue to parrot the lie that the election was not fair and they’ll continue to believe that a deep state (that doesn’t exist) is out to destroy their freedoms.

It’s incredibly sad that those who indulge in conspiracy theories don’t have the courage to accept reality. But it’s not surprising. Many Trump supporters have lived their entire lives as part of the majority in this country, and they have never had their views challenged until recently. It’s like a child who has never been told “no” in their entire life. When you grow up like that, it’s difficult to unlearn the behavior that your way is the only correct way. Just look at Trump.

Those of us in the LGBTQ community have been forced to accept reality from an early age, despite that reality being not so rosy for most of us. We’ve all been forced to be brave. And while I’m sure many of us would trade our keen sense of bravery for a better childhood or better adulthood, being forced to weather an unkind world has made us a resilient, educated, and empathetic community.

The Biden Administration won’t be perfect. No administration ever is. But they will carry with them a base level respect for the LGBTQ community that Trump and his sycophants simply never had. And respect is the starting point for change. The team that Biden has put together consists of people who have had to fight for equality for themselves and their communities. They know what it means to be brave. They know that taking the easy way out is never the best option.

This doesn’t mean you don’t need to hold them accountable. On the contrary, now is the time to be vocal about what issues matter to you, because now we have people in the White House who will actually listen. Biden has promised to sign the Equality Act in his first 100 days, but there are hundreds of more issues that need his attention, hundreds of more things that will make our community, and all communities, even better.

So, take comfort when Joe Biden is inaugurated. Enjoy the day. Revel in the fact that the last four years are over. And then, the day after, let him and his administration know what matters to you. 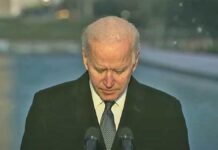 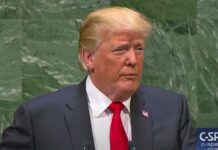 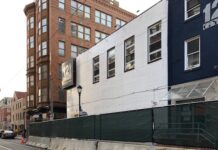