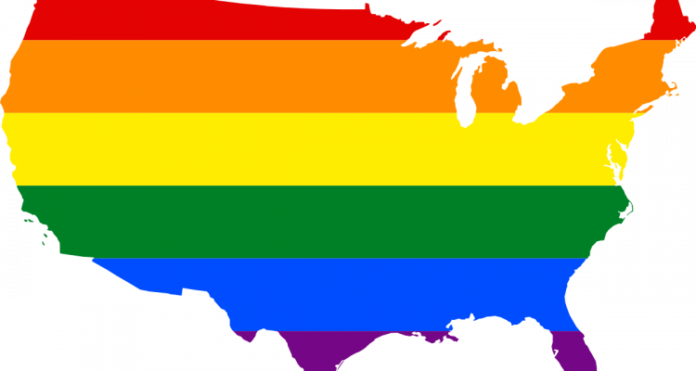 The rise in support that Trump saw from the LGBTQ+ community in the 2020 election proved shocking to many. How could any member of a group so historically marginalized vote for a man who speaks such hate, a man who furthers the marginalization of so many groups? However, this support simply shows divides and flaws in the gay community that have existed all along. The progress of the LGBTQ+ movement, and the more mainstream acceptance of some in the LGBTQ+ community, makes Trump a more palatable candidate to many.

While Trump has systematically pushed anti-trans and anti-LGBTQ+ legislation and candidates, Trump himself isn’t overtly homophobic. He’s no Ted Cruz, who called the day gay marriage was legalized by the Supreme Court “the darkest 24 hours in our nation’s history.” And hey, Trump has said he doesn’t care what bathroom Caitlyn Jenner uses. He likes Elton John! These small nods towards the gay community make it easier for privileged members of the LGBTQ+ to justify their support of Trump. While Trump’s level of LGBTQ+ support is unprecedented, it is certainly not surprising.

As some in the LGBTQ+ community gain more rights and acceptance, the rights of more marginalized members start to seem like fringe issues. When Obama first ran for president, he did so supporting civil unions, not gay marriage. Now the Supreme Court has ruled in favor of gay marriage. And Trump, a Republican president, appointed Richard Grenell, a gay white man, as acting director of national intelligence. For many gay people, it has become more and more possible to achieve conventional success. They’re able to assimilate into the systems and society that may have rejected them in the past.

Republicans are more likely to espouse the importance of merit and hard work as a cure-all — the classic ‘pull yourself up by your bootstraps’ view. Rob Jordan puts this in direct contrast with undesirable “identity politics.” Data from the Williams Institute has shown that LGB Republicans are far more likely to wish they were heterosexual, and in general they see being gay as a less important part of their identity. So that identity may be seen as simply another obstacle that can be overcome if you work hard enough. This overlooks the life-threatening challenges that others in the LGBTQ+ community may face.

We have seen tremendous gains for the gay community in the past few decades, but they are not evenly distributed. In the same year that Pete Buttigieg ran for president of the United States, more than 43 transgender individuals (primarily Black and Latinx women) were violently murdered. In Philadelphia alone, 3 Black transgender women were murdered in 2020.

Racism is prevalent in the LGBTQ+ community, including our own Philadelphia Gayborhood. It’s no surprise that members of the Log Cabin Republicans, including national leadership, are overwhelmingly white and male. Of course not all gay white cis men support Trump. And of course not all LGBTQ+ Trump supporters are gay white cis men. However, it shouldn’t be surprising that some members of the LGBTQ+ community, who are able to live in relative comfort and privilege, are able to say the rights we’ve achieved are far enough.

If you haven’t faced discrimination and harrassment from just living your day-to-day life and trying to pee in peace, it’s easy to call that a minor issue. If you don’t have to deal with a healthcare system that systematically undermines your lived experience, that may not seem like much of an issue either. For those who have faced and continue to face these issues, for those who have experienced transphobia and racism within the queer community, these votes for Trump are hardly shocking.

The LGBTQ+ community is flawed. Social dynamics like racism and classism affect gay people and straight people alike. The fact that so many were surprised by the level of gay support for Trump is itself an indicator of the unequal privilege and treatment in the gay community. Trump’s level of support should serve as a reminder that this community, as all communities, has flaws that we must be continuously working to overcome. As causes like gay marriage have progressed, some have been happy to get off the social justice train once they’ve reached their stop. But if we really want to dismantle these systems of oppression, intersectionality is essential. We have to ride that train ‘til the end of the line.