A federal judge this week issued a nationwide preliminary injunction, halting implementation of an executive order issued by President Donald Trump in September that impedes the ability of federal contractors to conduct LGBT-inclusive workplace diversity training.

The executive order would ban federal contractors and grant recipients from conducting diversity training that specifically addresses systemic racism and sexism within society. Last month, several LGBT-advocacy groups filed suit in the U.S. District Court for the Northern District of California, seeking to block implementation of the executive order. The plaintiffs have lost funding — or stand to lose funding — due to the executive order, according to court records.

The plaintiffs, which include the Bradbury-Sullivan LGBT Community Center in Allentown, provide training with respect to systemic bias, racism, anti-LGBT bias, white privilege, implicit bias, and intersectionality. They contend that Trump’s executive order improperly labels much of their work as “divisive” and “anti-American propaganda,” according to court records.

Moreover, plaintiffs argue that the executive order is overly-vague with respect to prohibited conduct and violates their free-speech rights, according to court records.

On Dec. 22, in a 34-page ruling, U.S. District Judge Beth Labson Freeman sided with the plaintiffs and issued a preliminary injunction, blocking implementation of Trump’s order. “The court agrees with plaintiffs that the government’s argument is a gross mischaracterization of the speech plaintiffs want to express and an insult to their work of addressing discrimination and injustice towards historically underserved communities,” Freeman wrote. “That this government dislikes this speech is irrelevant to the analysis but permeates their briefing.”

Freeman added: “The court finds that a nationwide preliminary injunction is necessary to afford plaintiffs complete and meaningful relief.”

LGBT advocates promptly hailed Freeman’s ruling. “Bradbury-Sullivan LGBT Community Center cannot compromise the quality or content of the training we provide,” said Adrian E. Shanker, executive director of the center, in a news release. “That’s why we sought an injunction to stop President Trump’s executive order banning diversity training [in its current form] from going into effect. Bradbury-Sullivan LGBT Community Center is proud to provide training to make workplaces more equitable and this injunction protects our ability to do so.”

In an interview with PGN, Shanker said the center receives federal funding for a wide variety of services. “The executive order is so broad that it really compromises our ability to provide the training that our community needs us to provide,” Shanker explained.

Shanker also expressed appreciation for the attorneys who filed suit on plaintiffs’ behalf. “The center is very grateful for the pro bono representation from high-quality attorneys at Lambda Legal and Ropes & Gray Law Firm,” Shanker added.

Moreover, Shanker expressed optimism about the ultimate outcome of the case. “I’m optimistic that plaintiffs will ultimately prevail in this litigation,” Shanker asserted.

Avatara Smith-Carrington, an attorney at Lambda Legal, echoed similar remarks. “This injunction was critically important for our clients — organizations and individuals on the front line combatting COVID-19, HIV/AIDS, and the violence perpetrated against Black and Brown people by law enforcement,” Smith-Carrington said, in a news release. “Judge Freeman saw this ban for what it is: An effort to quash the truth and sweep under the rug an honest and long overdue reckoning with structural racism and sexism in our society.”

Smith-Carrington added: “To effectively address racial disparities in our health-care and legal systems, our clients have to train people on systemic racism, sexism, and anti-LGBT bias. This is a victory for truth, science, and for the principle of services focusing on the needs of the people being impacted — instead of serving the agenda of the Trump Administration.” 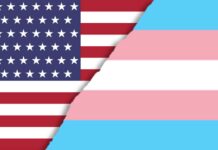 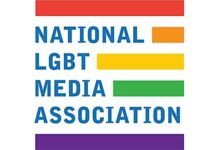