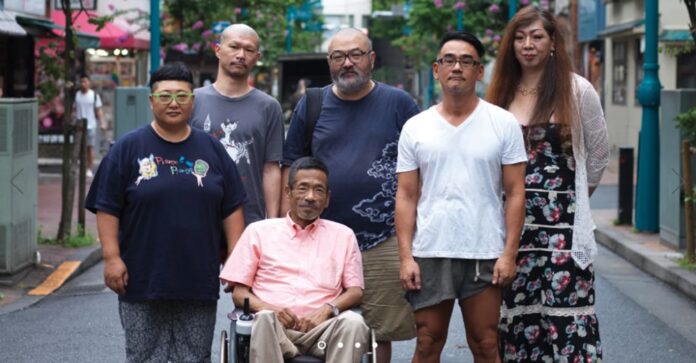 When I lived in Japan in the mid 2000s, there wasn’t much open action for LGBTQ visibility. No out celebrities on billboards, no awareness campaigns for Pride Day, no gender and sexuality alliances in schools. Even in my weekend strolls through Tokyo’s most liberal neighborhoods, I didn’t see much that welcomed the LGBTQ community. There were queer bars, certainly, but most were in basements or on upper floors, hidden away from the views of passersby. And while there were indeed activists who had been working quietly for the LGBTQ community for many years, the country hadn’t yet afforded them the space to do their work and reach the people they needed to reach. Historically, attendance at Tokyo’s pride parades has been miniscule when compared to the city’s huge population.

However, the tide for LGBTQ equality has been turning significantly in the last few years. In 2016, Shibuya, one of the most liberal wards in Tokyo, began recognizing same-sex marriages. That same year, attendance at the Tokyo Pride Parade reached a record level and drew speakers including then-Ambassador Caroline Kennedy. There are resources now available for a wider spectrum of the community, including nonbinary people and deaf LGBTQ people. In 2019, around 200,000 people attended the multi-day Pride festival, a significant increase from the first Pride in 1994 which drew just 1,000.

This shift in momentum is elegantly captured in the new documentary “Queer Japan,” directed by Graham Kolbeins. The film highlights a variety of people leading the wave of LGBTQ activism in the country, including Aya Kamikawa, the first transgender person elected to public office in the country, Lily Taiga, part of a band called HIV which raises awareness about STIs and safe sex, and Tetsuro Onitsuka, founder of the LGBTQ community center in Osaka’s Doyama neighborhood.

Many of the same things that the U.S. went through in its evolution on LGBTQ activism are happening now in Japan. There is a division between those who want to be quietly accepted by society and those who want to be more visible, echoing the Philadelphia Independence Hall marchers in the ‘60s versus the radical post-Stonewall generation. There are those who are concerned that the Pride parade has become too commercialized and needs to get back to its original theme of liberation. Infighting among the community, specifically regarding inclusion, is still a problem. Getting people to use condoms to combat HIV and other STIs is still a struggle. Trans people, just as they do in the U.S., face dangers in merely using the bathroom. And the rhetoric from anti-LGBT politicians in Japan is just as harsh and just as damaging as anywhere in the world.

The film also addresses the importance of language for the LGBTQ community. Some people in Japan want a single word to describe the community rather than an ever-growing list of letters. One interviewee suggested the word “hentai” which can mean “strange” among other things. But there is also opposition to the word since it can have a negative connotation. The same debate has happened here in the U.S. Some people have argued that we should use the word “queer” to represent the whole community, but many people have pushed back because of the history of discrimination and violence attached to the word.

Documentaries like “Queer Japan” are important not just in opening our eyes to the LGBTQ communities of other countries. They show us that discrimination is rooted similarly regardless of geography. They show us that tools to increase awareness and acceptance can be used just as well in Tokyo as they can in New York. And they provide a window into how each community needs to find its own inspiration to keep up the fight for equality. Ultimately, it’s a good reminder, as we’ve seen throughout LGBTQ history, that acceptance first begins from within, and then branches out with every person we educate and inspire.. 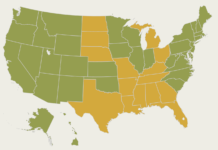