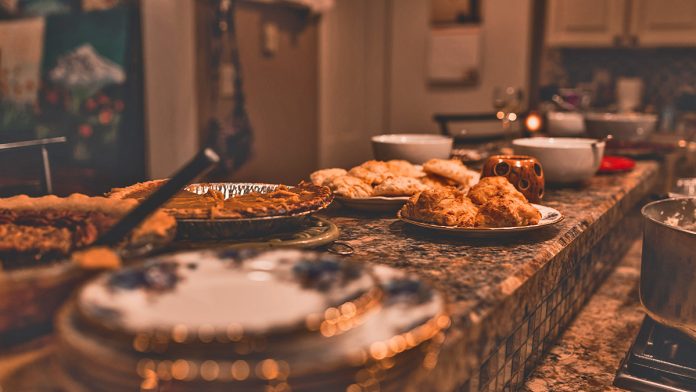 As Thanksgiving approaches this year, I am thankful for many things — and not only that I’ve finally learned to make a decent pie crust. The prospect of another four years under a Trump administration is fading into the distance. The Biden administration looks set to support LGBTQ equality and to take steps towards addressing many of the other structural inequalities of our nation. Whether they will make good on their promises remains to be seen, but Joe Biden and Kamala Harris, too, seem to possess a compassion for their fellow humans that is sorely lacking in the current resident of the Oval Office.

I am thankful, therefore, that my son will come to adulthood in a country that he can once again be proud of. There is still work needed to accomplish a better vision, of course. A runoff election in Georgia this January will determine control of the U.S. Senate. A U.S. Supreme Court with a conservative majority is now deciding cases that affect LGBTQ lives, including one that could legitimize discrimination against LGBTQ people and others in foster care and adoption and potentially other public services as well. A new administration, no matter how competent and well-intentioned, will not make all our societal problems vanish like pumpkin pie from our plates. It will take time for us to overcome deep-rooted systemic injustices, and we also have a pandemic to defeat, a climate to save, and an economy to bolster, all in a country that remains deeply divided.

There are signs of hope even now, though. At the end of October, even before the election, the U.S. State Department backed down in two cases where it had been challenging the citizenship of children born abroad to married male couples who were U.S. citizens. Two federal district courts then ruled conclusively in the families’ favor. The State Department had appealed in one case, but then withdrew the appeal and said it would not appeal the other.

And in Kansas, where Donald Trump beat Joe Biden by more than 15 points, the state Supreme Court ruled last week that nonbiological mothers in same-sex couples may be recognized as parents simply by acknowledging maternity at the time a child is born and showing that the birth mother consented to shared parenting. It’s a ruling in line with how paternity is recognized for different-sex couples and gives me hope for further expansion of such rulings even in largely conservative states. (Having said that, second-parent adoptions or court orders of parentage are still currently recommended by LGBTQ legal experts as the most ironclad way of ensuring parental rights, especially when traveling.)

In the election, too, LGBTQ people, women, and people of color had record-setting wins across the country. Representation matters — and that’s why Biden’s promise in his victory speech, to create an administration that looks like America, is so very important. Our children should see leaders who reflect the diversity of our country.

I’m thankful for all of that as we head into a Thanksgiving that will not look or feel like any other we’ve ever had. The pandemic has taken over 1.3 million lives worldwide and nearly a quarter of a million in the U.S. alone. It has disrupted jobs, schools, and much of our daily lives. Its long shadow remains over us as we gather this year for our meals, either virtually or with a few carefully screened people in person.

I think we LGBTQ parents and our children have one advantage in this, though. We’ve long made up our own traditions and created our own celebrations. Doing things a little differently this year shouldn’t phase us. Yes, some of us will miss seeing relatives and friends in person or eating grandpa’s sweet potato casserole. For others, however, it may be a relief not having to pile the kids into the car and drive three hours to sit through dinner with relatives who still don’t accept us for who we are, or with a cousin who thinks Trump really won the election. Regardless, I hope we can each find ways to make the holiday meaningful for us — or to confidently ignore it and substitute a different family activity or meal if that feels better this year.

For myself, I am thankful that my spouse, our son, and I have been able to live with each other in fairly constant proximity since March without getting on each other’s nerves (too much). I am glad to have the holiday as a chance to celebrate getting through this very strange year. (I know, we still have a month to go, but as a family that observes both Hanukkah and Christmas, we pretty much party from Thanksgiving to New Year’s Day. It’s one big season that kicks off now.)

I am also thankful for all of you who may read this column, and wish you strength and love no matter how or whether you are celebrating. Rejoice in your loved ones as we all face the future together.